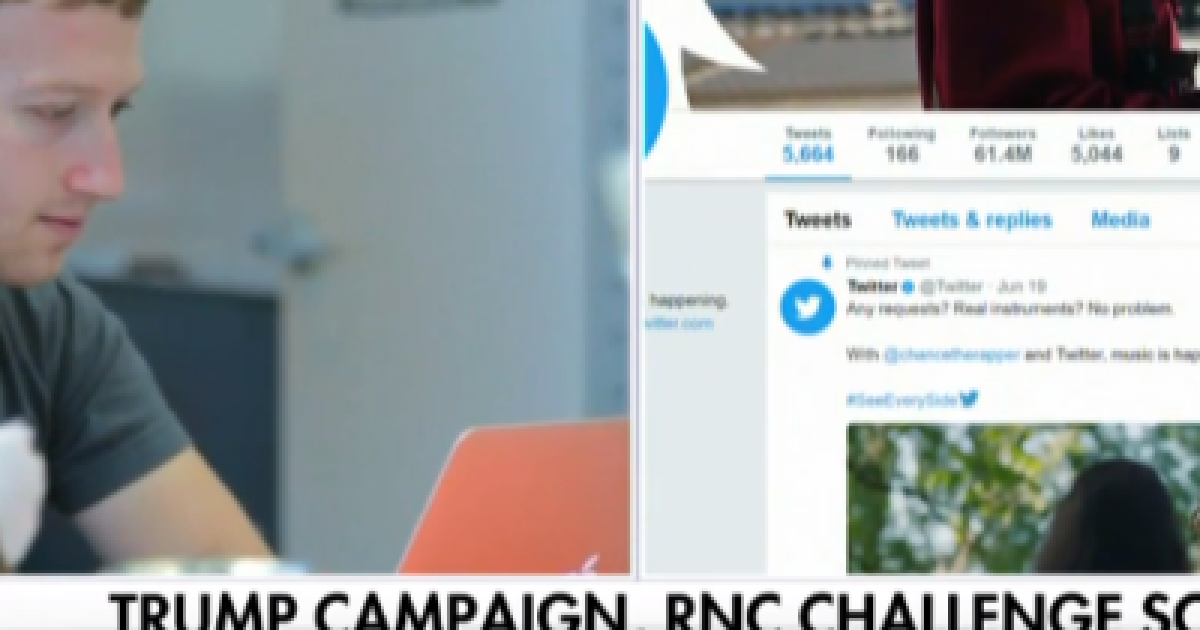 The chair of the Republican National Committee, Ronna McDaniel, took to Fox News to explain that conservatives aren’t content any longer to sit back and take the censorship of political thought and speech from the likes of Facebook and Twitter.

Rather, she said, they’re fighting back.

And step one in the fight was to send a strongly worded letter to social media executives asking them to explain the censorship, and vow to discontinue it.

McDaniel said, “We’ve seen in the history of Facebook there have been instances where they have changed the trending topics. They’ve suppressed conservative viewpoints, we’ve recently seen with Diamond and Silk that they suspended their account.”

She continued, “We just preemptively wanted to go to Facebook and say we want assurances that you won’t suppress conservative voices, that the Silicon Valley thought police is not going to determine what voices filter through on their social media platform.’ We sent a letter to Facebook and Twitter. We’ve asked them to respond by June 18th and we’re hoping we can get that to our audience, our GOP membership who cares very deeply about this country, who want to see a fair treatment on these social media platforms. They use them heavily and we have a very important mid-term coming up and I think it’s an important time to have this conversation.”