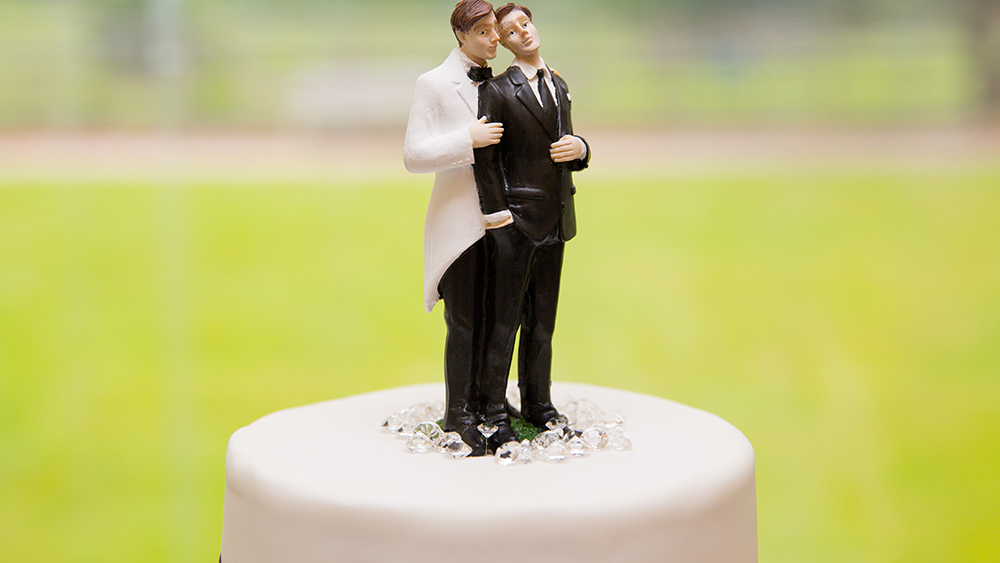 (Natural News) The “gay mafia” — a term that accurately describes the bullying tactics used by the LGBT community to badger people with differing beliefs — has just been handed a huge defeat in an overwhelming U.S. Supreme Court ruling. The 7-2 decision — which the lying, left-wing media is absurdly reporting to be a “narrow” decision — rebuked the twisted, biased application of Colorado’s “gay mafia” coercion laws which force Christians to engage in pro-gay speech against their own religious beliefs.

According to the gay mafia, you see, all people are free to act as they please except for Christians, who must be coerced essentially at gunpoint to violate their own religious beliefs in the name of appeasing the gay community. The very reason to term “gay mafia” has caught on is because extremists in the gay community use bullying and intimidation tactics to force their beliefs on other, all while decrying “tolerance” and “inclusiveness.” (Their tolerance doesn’t include Christians, of course. So much for tolerance…)

In this landmark 7-2 decision, the U.S. Supreme Court ruled that Colorado applied its discriminatory “gay mafia” law in a hostile manner, failing to respect the individual freedoms of a baker who didn’t want to be compelled to engage in pro-gay speech (which violates his religious beliefs).

Colorado’s bigoted, pro-gay commissioners were slapped hard, as Justice Kennedy wrote, “As the record shows, some of the commissioners at the commission’s formal, public hearings endorsed the view that religious beliefs cannot legitimately be carried into the public sphere or commercial domain, disparaged Phillips’ faith as despicable and characterized it as merely rhetorical, and compared his invocation of his sincerely held religious beliefs to defenses of slavery and the Holocaust.”

In essence, Colorado’s bureaucrats were outed as intolerant bigots and liars who abused their position of power to target and destroy a Christian citizen, merely because he refused to be compelled to decorate a cake with pro-gay messages. This is what the government has come to under the twisted, psychotic control of left-wing Democrats: A weaponized bully system to silence, bankrupt or destroy all those who oppose LGBT agendas.

Given that many in the LGBT community are now promoting pedophilia as a new kind of “love wins” right — it is now pitched as merely another “sexual orientation” — it probably won’t be long before bakers are dragged into court to face huge fines for refusing to decorate cakes with pro-pedophilia messages. This is how twisted and dangerous the delusional Left has become in America today. As reported by PJ Media:

In his fact-filled volume The Psychotic Left, Kerry Bolton defines the Left and its adjuncts as “a psychological aberration having the same motivations as the mass murderer, the rapist and the thief.” The evidence he accumulates for his thesis is conclusive. The reduction of society in the direction of state control, a command economy, the policing of language, “equality of suffering” and mediocrity of existence as “happened in Bolshevik Russia and Jacobin France,” he argues, “is happening at more subtle levels today.” The drive to create such malignant utopias is the bane of civil society. They are an implacable enemy of free individuals and will not rest until they achieve the goal of our common ruin.

In today’s decision, the Supreme Court also pointed out that Colorado bureaucrats went all-out to defend the rights of bakers who refused to decorate cakes with anti-gay messages, proving that Colorado’s laws are selectively applied only to Christians in order to unfairly coerce them to engage in speech that violates their own religions beliefs. This is the current agenda of intolerant Leftists: Marginalize, demonize and censor all those who don’t obey the Left’s increasingly insane demands for conformity to an ever-moving target of “social justice.” This is the same deranged Left that attacks white women for operating a burrito food truck, labeling it “cultural appropriation.”

The sad truth about the gay mafia: Zero tolerance for those who have opposing views

Gay mafia members run around the country seeking bakers and pizza shops to target with punitive lawsuits, by the way. Far from “tolerance,” the gay mafia has become a kind of LGBT mafioso that actively seeks to demonize and destroy individuals and businesses that don’t fly the rainbow colors.

As Matt Walsh writes for The Daily Wire:

Remember that Jack Phillips was well known for his devout Christian beliefs before that fateful day when Mullins and Craig walked in the door. Phillips would regularly refuse to create customized cakes for events he found morally problematic. Yet, of all the bakers in the area, these two gay men just so happened to seek the services of the one baker who was so orthodox that he wouldn’t even make Halloween cakes. It does not take much of a logical leap to see that this was quite intentional.

It is said that Phillips “refused to serve” Mullins and Craig. That’s not true. He offered to sell them any item in the store. He would have even sold them a wedding cake. The only thing he would not do — could not do – was customize one. So, the gay men could have simply purchased a standard wedding cake. Or they could have left the store and gone to literally any other bakery in the state. Decent human beings would select either of those two options. But Mullins and Craig are not decent human begins. They opted for option three: set out on a years-long process to utterly destroy Jack Phillips, take down his business, and impoverish his family.

Yes, the very same people who once demanded “tolerance” and understanding have become hate-filled bullies who don’t tolerate others. Not satisfied with the nationwide legalization of gay marriage, they now burst into bakeries and pizzerias to bully shop owners who are minding their own business. It’s not difficult to find a gay-friendly cake shop in any American city, yet the gay mafia isn’t satisfied with that diversity of choices in a free market economy. They feel it is their obligation to threaten, bully and bankrupt anyone isn’t sufficiently obedient to the gay agenda. That’s what makes today’s “gay rights” movement a whole lot closer to a Marxist / fascist “Brownshirts” movement than anything resembling real civil rights.

For the record, by the way, I’m a libertarian when it comes to sexual orientation. I don’t oppose people deciding to be gay, but when those same gay people actively seek to target and destroy the religious choices of others in society, that’s where we all must draw the line. My message to gay people is simple: Yes, you have the right to be gay. You do not, however, have the right to force everyone else in society to embrace your sexuality.

But Leftists are increasingly proving why they are not qualified to participate in civil society. They have no real respect for diversity of religion, diversity of thought or diversity of views. They are authoritarians through and through. And that’s why they must be stopped.