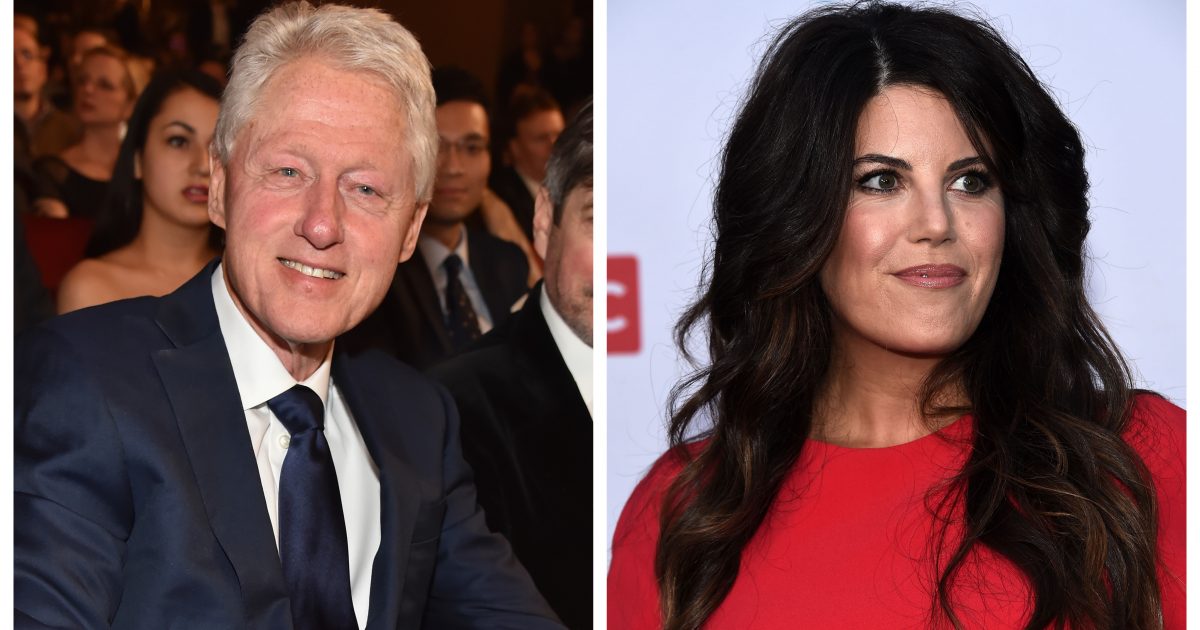 Former disgraced and impeached President Bill Clinton claims that he “did the right thing” by remaining in office after it was discovered he had engaged in adultery with an intern in the Oval Office.

Clinton’s shameless statement occurred during an interview on NBC’s Today when he attempted to clarify statements he made over the adultery and his support of the #MeToo movement.  Oh, the irony!

Not only did Clinton say he did the right thing, but said he didn’t ower Lewinsky an apology.

When asked by author Walter Mosley about his response to the adultery, Clinton said, “The truth is, the hubbub was I got hot under the collar because of the way the questions were asked. And I think what was lost were the two points that I made that are important to me.”

“The suggestion was that I never apologized for what caused all the trouble for me 20 years ago,” Clinton said. “First point is, I did. I meant it then, I meant it now. I apologized to my family, to Monica Lewinsky and her family and to the American people before a panel of ministers in the White House, which was widely reported. So I did that. I meant it then and I mean it today. I live with it all the time.”

This is true in that he did make a public apology at the National Prayer Breakfast in 1998.

“I don’t think there is a fancy way to say that I have sinned,” he said.  “It is important to me that everybody who has been hurt know that the sorrow I feel is genuine — first and most important, my family, also my friends, my staff, my Cabinet, Monica Lewinsky and her family, and the American people.”

“I have repented,” Clinton added. “I must have God’s help to be the person that I want to be. A willingness to give the very forgiveness I seek. A renunciation of the pride and the anger, which cloud judgment, lead people to excuse and compare and to blame and complain.”

Clinton then voiced his support for the #MeToo movement.

“The second is that I support the Me Too movement and,” he said.  “Think it is long overdue, and I have always tried to support it in the decisions and policies that I advanced. Beyond that, I think it would be good if we could go on with the discussion.”

Except for when it came to the women he committed adultery with, using his power as governor to wield over them, including rape and personal smear campaigns, isn’t that right, Mr. President?

But he continued to justify himself.

“A lot of the facts have been conveniently omitted to make the story work, I think partly because they’re frustrated that they got all these serious allegations against the current occupant of the Oval Office and his voters don’t seem to care,” Clinton said, as he pointed to the denied allegations against President Donald Trump. “I think I did the right thing. I defended the Constitution.”

OK, no, Clinton didn’t defend the Constitution.  The assault weapons ban is the only evidence one needs to see to know he didn’t do that.  There are a plethora of issues, including his own lying under oath, which is was why he was impeached, and the transfer of American technology to China that indicate he did not defend the Constitution.  And let’s not forget his unconstitutional wars, such as Bosnia, in which he clearly engaged in those to take his own scandals and crimes off the front page and that ultimately led to Islamic jihadis taking over in that country.

Earlier this year, Monica Lewinsky wrote an essay in Vanity Fair. In that piece, she recounted what it was like for her 20 years after she burst on the national stage in an adultery scandal, as well as her first meeting on Christmas Eve 2017 of Ken Starr, the man who led the investigation into Clinton’s perjury that ultimately led to discovering his adultery with Lewinsky.

Among the things she writes, it seems there is an attempt to not blame herself for her sexual engagements with a married man, the president of the united States, and the subsequent public exposure it put her through.

If I have learned anything since then, it is that you cannot run away from who you are or from how you’ve been shaped by your experiences. Instead, you must integrate your past and pres­ent. As Salman Rushdie observed after the fatwa was issued against him, “Those who do not have power over the story that dominates their lives, power to retell it, rethink it, deconstruct it, joke about it, and change it as times change, truly are powerless, because they cannot think new thoughts.” I have been working toward this realization for years. I have been trying to find that power—a particularly Sisyphean task for a person who has been gaslighted.

To be blunt, I was diagnosed several years ago with post-traumatic stress disorder, mainly from the ordeal of having been publicly outed and ostracized back then. My trauma expedition has been long, arduous, painful, and expensive. And it’s not over. (I like to joke that my tombstone will read, MUTATIS MUTANDIS—“With Changes Being Made.”)

But as I find myself reflecting on what happened, I’ve also come to understand how my trauma has been, in a way, a microcosm of a larger, national one. Both clinically and observationally, something fundamental changed in our society in 1998, and it is changing again as we enter the second year of the Trump presidency in a post-Cosby-Ailes-O’Reilly-Weinstein-Spacey-Whoever-Is-Next world. The Starr investigation and the subsequent impeachment trial of Bill Clinton amounted to a crisis that Americans arguably endured collectively—some of us, obviously, more than others. It was a shambolic morass of a scandal that dragged on for 13 months, and many politicians and citizens became collateral damage—along with the nation’s capacity for mercy, measure, and perspective.

While there is a part of me that feels compassion towards those bound in sin, this woman has continued in it.  She looks at virtually everything else that apparently caused her “PTSD,” rather than looking to her own sinful choices.  If, instead of knee pads and showing off her thong to the Chief Executive, Lewinsky had sought to simply do a good job as an intern, she would not have endured any of the things she did.

“Now, at 44, I’m beginning (just beginning) to consider the implications of power differentials that were so vast between a president and a White House intern,” she wrote. “I’m beginning to entertain the notion that in such a circumstance the idea of consent might well be rendered moot.”

Well, yes, and to be straightforward, Clinton should have realized them along with remembering his marriage vows and shunned her and never been left alone with her, but he succumbed to that which brings down many men, both weak and strong.  It’s why the Bible warns us to be on our guard of the adulterous woman (Proverbs 6).

She concluded her piece in support of the #MeToo movement, much of which is completely unBiblical in that the women remained silent, made lots of money, gained national and even world fame and are now, many of them decades later, coming out and pointing fingers because it is socially acceptable.

I—we—owe a huge debt of gratitude to the #MeToo and Time’s Up heroines. They are speaking volumes against the pernicious conspiracies of silence that have long protected powerful men when it comes to sexual assault, sexual harassment, and abuse of power.

Thankfully, Time’s Up is addressing the need women have for financial resources to help defray the huge legal costs involved in speaking out. But there is another cost to consider. For many, the Reckoning has also been a re-triggering. Sadly, what I see with every new allegation, and with every posting of “#MeToo,” is another person who may have to cope with the re-emergence of trauma. My hope is that through Time’s Up (or, perhaps, another organization) we can begin to meet the need for the resources that are required for the kind of trauma therapy vital for survival and recovery. Regrettably, it’s often only the privileged who can afford the time and the money to get the help they deserve.

Through all of this, during the past several months, I have been repeatedly reminded of a powerful Mexican proverb: “They tried to bury us; they didn’t know we were seeds.”

While I am against sexual abuse and abuse of power, the fact is that if a person, male or female is going to “gain the world” and remain silent for years and years about what they claim is sexual abuse, and they weren’t children when it happened, then I think it is perfectly right to question their motives, even though I have no doubt that things like that go on.  Yet, none of those women say they slapped the face of the person assaulting them or kicked or screamed (Deuteronomy 22).  They went along with it for gain.