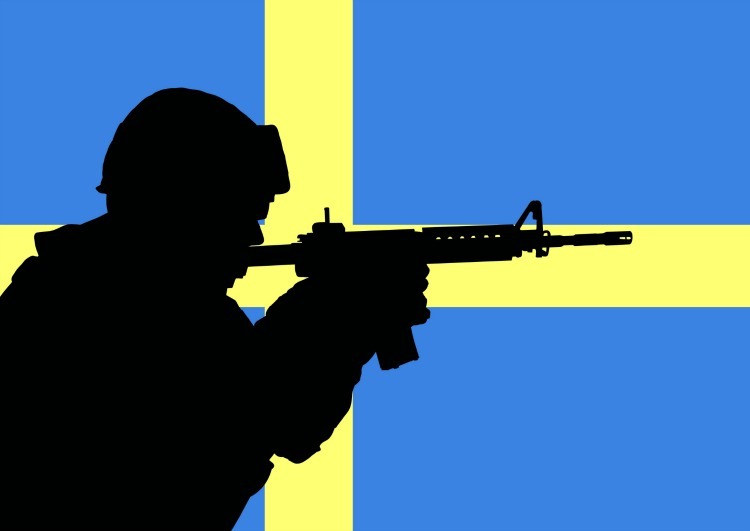 A few weeks back, the government of Sweden sent out a booklet to every household in the country urging citizens to prepare for war or other crises. A few months back, they told citizens that they should be prepared to last for at least a week without any help from the government. Last night, in the most unsettling move yet, they mobilized the entire Swedish Home Guard for an “unannounced preparedness exercise.” All 40 battalions have been activated, effective immediately.

The report is on the Försvarsmakten website, which is the official website of the Swedish Armed Forces. Here’s the English translation:

For the first time since 1975, the Armed Forces carry out an unannounced emergency preparedness control of the entire Hemvärnet. All staff around Sweden who are part of one of the 40 home war battalions and who have the opportunity to attend the evening of 5 June and during the national day will be in charge of service. The alarm is ordered by the Armed Forces and participation in the exercise is voluntary.

“We are committed to strengthening Sweden’s defense and increasing our operational capabilities. This is a way to do it. This exercise is great in several ways. We are testing the emergency chain for almost half our intervention organization, we have not done since 1975, says Micael Bydén, the commander.

Initially, staff – from north to south – will be contacted and invited to stand for service. Thereafter, relations will begin to solve tasks, such as protection, guarding and patrolling. During the national day, home care personnel will be seen in many places around the country, from ports and airports to streets and squares. Since it is a voluntary exercise, the Armed Forces can not force anyone to settle, but the chief commander shows great confidence in his staff. (source)

The Hemvärnet is the Swedish equivalent of the American National Guard.

The Home Guard – National Security Forces (Swedish: Hemvärnet – Nationella Skyddsstyrkorna) is a military reserve force of the Swedish Armed Forces. It was formally established on May 29, 1940, during World War II upon popular demand. While originally composed of former militia groups, today it comprises half of the Swedish Army, thus constituting the basis of the territorial defense of Sweden.

This “unannounced preparedness exercise” may be just that – a readiness drill. But there are a few things that ring some warning bells for me:

The exercise is part of Sweden’s national effort to rebuild its Cold War Total Defence strategy in response to an increasingly belligerent Russia. The last time Sweden’s Armed Forces called up the entire Home Guard at once was in 1975 at the height of the Cold War.
Just a week ago Sweden’s Civil Contingencies Agency sent out its “If Crisis or War Comes” brochure to more than four million Swedish households, advising them to stock up on water, tinned and dry food, and other essentials to increase Sweden’s resilience.
The country also last month reestablished a regiment on the Baltic island of Gotland.
In the event of an invasion, Sweden’s Home Guard is responsible for protecting the core functions of the Swedish state, guarding government agencies, airports, or ports, so that the professional army is free for front-line duties. (source)

It would be wise to be on the lookout for something to happen soon.  What that “something” might be, of course, is open to speculation.

What do you think is going on?

Could they be preparing to quell a migrant uprising in the no-go zones? Back in January, the Swedish Prime Minister said he did not “rule out the use of the army to end gang violence.” Or are they truly concerned about a threat from Russia? Share your thoughts in the comments below.

Thank you to Toby in Sweden for the tip!