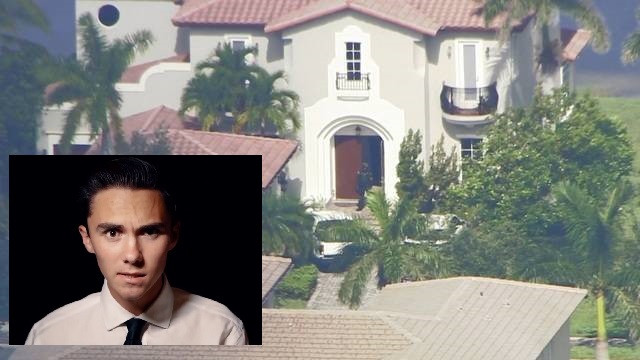 Attention whore and anti-Second Amendment advocate David Hogg’s family home was allegedly “swatted” recently after an anonymous caller said there was someone called into police and claimed a man with an AR-15 was holding someone hostage inside.

Now, Broward County Sheriff’s Office responded with a SWAT team to the residence only to determine that it was all a hoax.  I find it ironic that the same sheriff’s office that didn’t respond in like manner to an active shooter at a high school would do such a thing when there is one person allegedly held hostage in a home, specifically the home of David Hogg.

However, Hogg may have learned from his previous attempts to play the victim and blew the incident off as nothing more than a prank.

“It’s merely a prank. It’s an attempt to distract from what we’re trying to do, which is save children’s lives and fix these issues at hand,” he told a local ABC affiliate.

However, the coaching and handling of young Hogg has clearly gotten better as he attempted to use the incident to his advantage.

Hogg said the incident is “evidence of the fact of how many people are trying to stop us from what we’re trying to do, which is stop these kids from dying.”

“There’s people trying to distract from what we’re trying to push here, which is the March For Our Lives Road To Change,” Hogg added. “And I want people to know, like, we’re just trying to advocate for change. There’s going to be people against it and always will be, but we’re going to keep going no matter what. Nothing will stop us.”

Nothing, Mr. Hogg?  Not even the law?

And yes, people like David Hogg will try to keep it going just like other Communists and Socialists in our society, but none of it will keep kids from dying.  What they are advocating for will put more kids, including themselves and their future children in greater danger, but this is why we refer to them as useful idiots.

Hogg can continue his pursuit of unlawful legislation because he is being backed by the likes of Michael Bloomberg, George Soros, and Planned Parenthood, as well as the Women’s March and the Giffords Foundation.

David Hogg is a foul-mouthed little boy who attacks others, slinging mud and lies in their direction and when he is called out on it and asked to debate the matter in public, he shows just how much of a coward he really is.  He tucks tail and runs the other way.  He’s done that with Alex Jones, as well as a fellow classmate and pro-Second Amendment advocate Kyle Kasuv.

However, I find the entire event of Hogg’s home being swatted highly suspicious.  First, no one was home.  Second, the family was out of the state.  Third, an anonymous phone tip regarding specifically an AR-15 and hostage situation.  Fourth, Broward’s Cowards showed up in full force.  Fifth, he seemed almost like he was ready with his particular response to the incident.

While I don’t advocate anyone engaging swatting (the malicious act of calling into police and falsely reporting a situation in which they will send a SWAT team), this whole thing seems to be staged.

If it has not been staged, when will the sheriff’s office be tracking down the caller, sending them the bill and arresting them for false and malicious information?