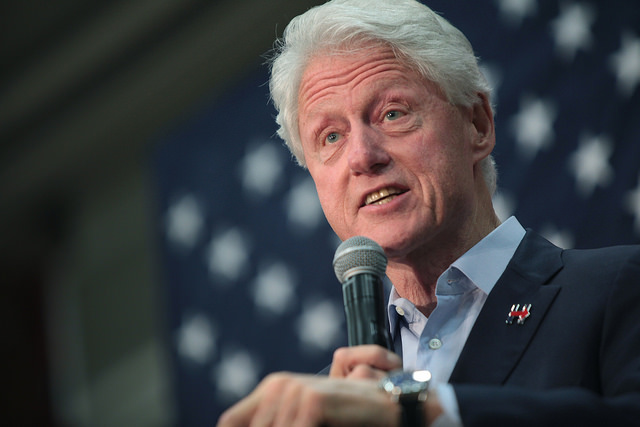 Former U.S. President and adulterer Bill Clinton was confronted publicly on Thursday at a public speaking engagement where the heckler showed no mercy

WASHINGTON (INTELLIHUB) — Former U.S. President Bill Clinton was confronted during a scheduled speaking engagement at Warner Theater on Thursday where a man from the crowd stood up and asked the known adulterer a pointed question which the ex-president failed to answer.

Needless to say, soon after, the heckler slowly ushered out of the theater by security who, withal, appeared to keep their cool.

“Look it up — Jeffery Epstein,” the man shouted.