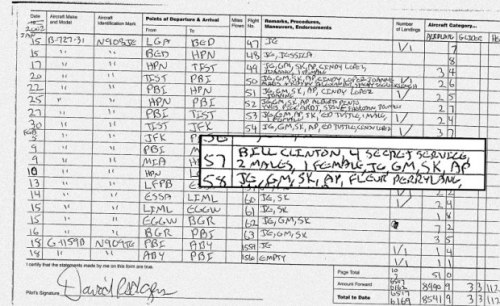 On Wednesday night, June 6, 2018, Caplan did it again, this time confronting rapist former President Bill Clinton at a sold-out book appearance at the University of Pennsylvania’s Irvine Auditorium.

Clinton was there with best-selling author James Patterson to hawk their upcoming novel The President Is Missing. Patterson is Epstein’s neighbor in Palm Beach, Florida. In 2016, Patterson co-authored a book on Epstein which cleared Bill Clinton of wrong-doing.

I had no idea Patterson is a POS. Henceforth, I won’t be reading any of his books.

Beginning at the 0:13 mark in the video above, you can hear Caplan ask from the audience:

Caplan was “escorted” out the door by Secret Service.

According to PhillyVoice, Caplan said the Secret Service asked for his identification and, when he refused to produce it, agreed that he didn’t break any laws. “They let me go. It was very cordial.”