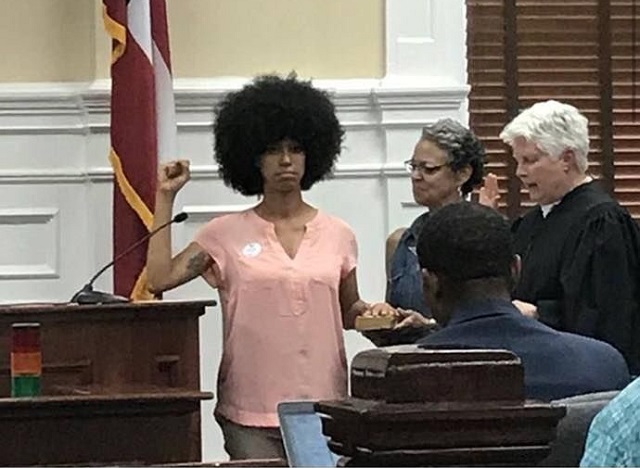 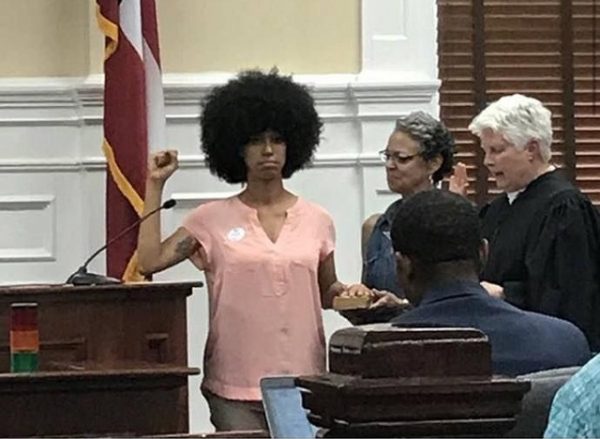 This is your modern Democratic Party, ladies and gentlemen.
From The Hill:

A 26-year-old doctoral student elected to be Athens-Clarke County Commissioner took her oath of office Monday holding her hand not to the bible, but rather a copy of “The Autobiography of Malcolm X.”

According to The Atlanta Journal-Constituion, Mariah Parker, who won the seat by 13 votes, ran as a progressive, declaring on her campaign website that “it’s time for bold, progressive leadership in Athens.”

“They asked if they would like the Bible and I said no. My mother asked if there was a copy of the Constitution around. No,” Parker, who studied linguistics and is a rapper who goes by the name Lingua Franca, told the newspaper. “I wanted Malcolm’s book. I think they saw it coming.”

Photos of Parker being sworn in have been making the rounds on social media.

Meet Mariah Parker. The book she's swearing on is the autobiography of Malcolm X. The person holding the book is her mother. SHE WON BY THIRTEEN VOTES! Every. Vote. Matters!!!!! pic.twitter.com/HJUWcbx2pP

“Having seen the transformation of someone who came through a difficult background to become vocal and push conversations on race in a radical way is powerful,” Parker said. “Then he shifted course and saw race in a different lens as he got older. And the fact that he was arguably killed for his politics. These are things that I want to embrace.”

Here she is rapping about doing large amounts of drugs and getting abortions in her song “Eight Weeks”:

While Georgia had been solidly Republican for several decades that’s changed in recent years due to massive demographic shifts.