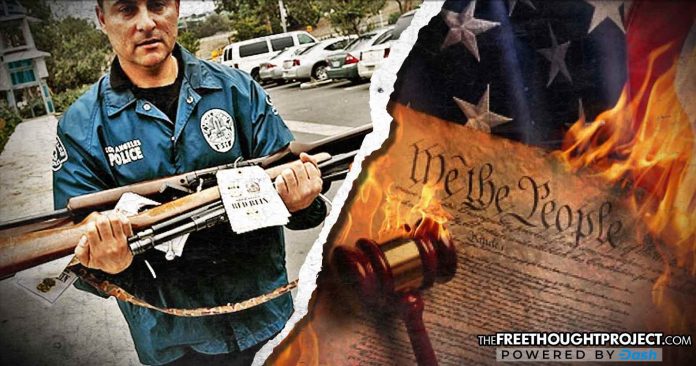 Many of the politicians, mainstream media pundits, and students who call for stricter gun control laws insist that they are only seeking “common sense” gun legislation. But in reality, the real issues that lead to mass shootings are being ignored and the rhetoric that is being shared in the name of “safety,” is instead chipping away at the Second Amendment, and in some cases, pushing to repeal it altogether.

1. The mainstream media is openly calling for the repeal of the Second Amendment

In an Op-Ed for the New York Times titled “Repeal The Second Amendment,” former Supreme Court Justice John Paul Stevens argued that instead of just banning “assault weapons” or raising the legal age to buy guns, activists for gun control “should seek more effective and more lasting reform. They should demand a repeal of the Second Amendment.”

2. Students are parroting the claims and using their platforms as victims of gun violence to push for a ban on guns

Parkland Shooting survivor David Hogg has become the face of the student activist movement against guns, and the demands are troubling. The students are openly supporting a ban on guns that have been deemed “assault rifles,” a ban on high-capacity magazines, a federal background check “on every gun sale,” increasing taxes on gun sales and raising the minimum age to own a gun to 21.

In a speech at a March For Our Lives rally, Stoneman Douglas student Delaney Tarr revealed that even if the students achieve individual bans, they will continue to push until the Second Amendment is fully dismantled. “We will take the big and we will take the small, but we will keep fighting. When they give us that inch, that bump stock ban, we will take a mile. We are not here for breadcrumbs. We are here for real change,” she said.

3. Law Enforcement officials are also calling for a ban on guns—which means they would be the only ones with guns

It is no secret that a ban on guns would result in law enforcement officers and criminals being the only individuals who have guns. Daryl Fisher, a candidate for Buncombe County Sheriff in North Carolina, recently addressed the issue of how police would confiscate the firearms, and when proposed with the quote “you’ll have to pry my guns from my cold, dead hands,” he shrugged his shoulders and said “Ok!”

While The Free Thought Project has documented a wealth of corruption within police departments in the United States, one of the most obvious cases involving confiscated firearms recently occurred in Gardena, California, where police were caught illegally selling more than 100 guns that they had seized from the public—several of which were purchased by convicted felons.

4. States are chipping away at the constitutional rights granted by the Second Amendment by passing laws banning guns that have been deemed “assault rifles”

All of the media coverage and the calls for stricter gun control are having a real effect locally as multiple cities pass bans on “assault rifles.” Residents in Deerfield, Illinois, have until June 13 to turn in all guns that qualify as assault weapons, or they could face fines of $1,000 a day if they do not comply.

When gun control legislation was introduced in Congress last year, it came in the form of the Fix NICS Act, which was later rebranded as the STOP School Violence Act and signed into law in March after it was quietly included in the 2018 Omnibus Appropriations bill. The legislation amends the agencies that have control over the National Instant Criminal Background Check System, which determines whether Americans are allowed to own guns.