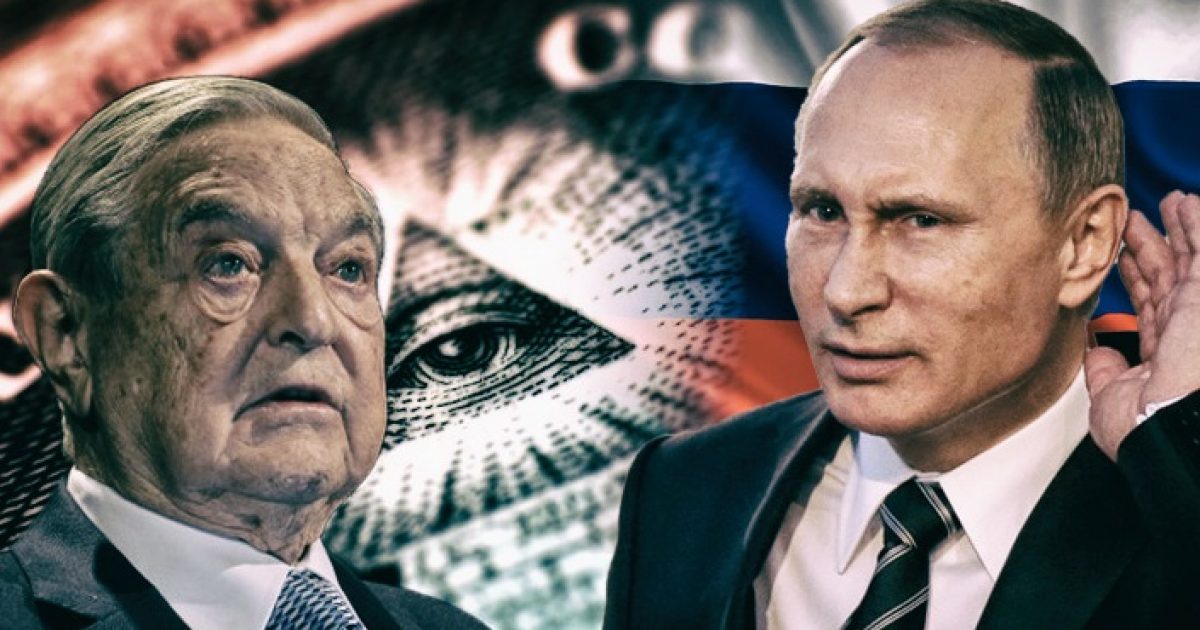 In an effort to make it clear that I am not a Putin-funded Ukrainian “troll,” let me be clear… Vladimir Putin is an evil man, who employs evil tactics, to carry out evil deeds, with his evil partners all over the world.

However, just because we can agree that Vladimir Putin is a bad guy, doesn’t mean he’s always wrong about everything.

For example, in a recent interview with Austria’s ORF TV, Putin made a solid argument while speaking about the similarly evil George Soros.

“He (George Soros) interferes all over the world, there are rumors that George Soros is planning to make the Euro highly volatile.”

In an interview with Austria’s ORF television released Monday, he drew a parallel to financier George Soros, who’s long been accused in the former Communist world of subverting governments at Washington’s behest.

“He intervenes in things all over the world,” Putin said, adding that Soros has lately been accused of trying to break up the euro zone. “But the State Department will tell you that it has nothing to do with that, that this is the personal business of Mr. Soros.”

Well for us, this is the personal business of Mr. Prigozhin,” Putin said, referring to Yevgeny Prigozhin, a wealthy businessman who’s been accused by the U.S. of funding Internet trolling and other election interference. “There’s your answer. Does that response satisfy you?” Putin, smiling, asked. Without responding, the Austrian interviewer moved on to another topic. Soros has long denied allegations of political meddling.

Putin is a bad guy, no doubt.

But he’s not wrong here.

How can we be haughty while accusing the Russians of meddling in our affairs, when one of our citizens (Soros), is openly meddling in the political affairs of other nation’s?

Soros has practically been banned from Hungary, and is persona-non-grata in much of Eastern Europe because he’s used his money to corrupt the political processes in more than a handful of foreign nations.

Whenever our government is pressed about Soros’ activities, we demur and argue that he is a private citizen. How can we blame Russia for doing exactly the same thing to us?

We may not like it, but to pretend to be shocked and angry about it would be pure hypocrisy.