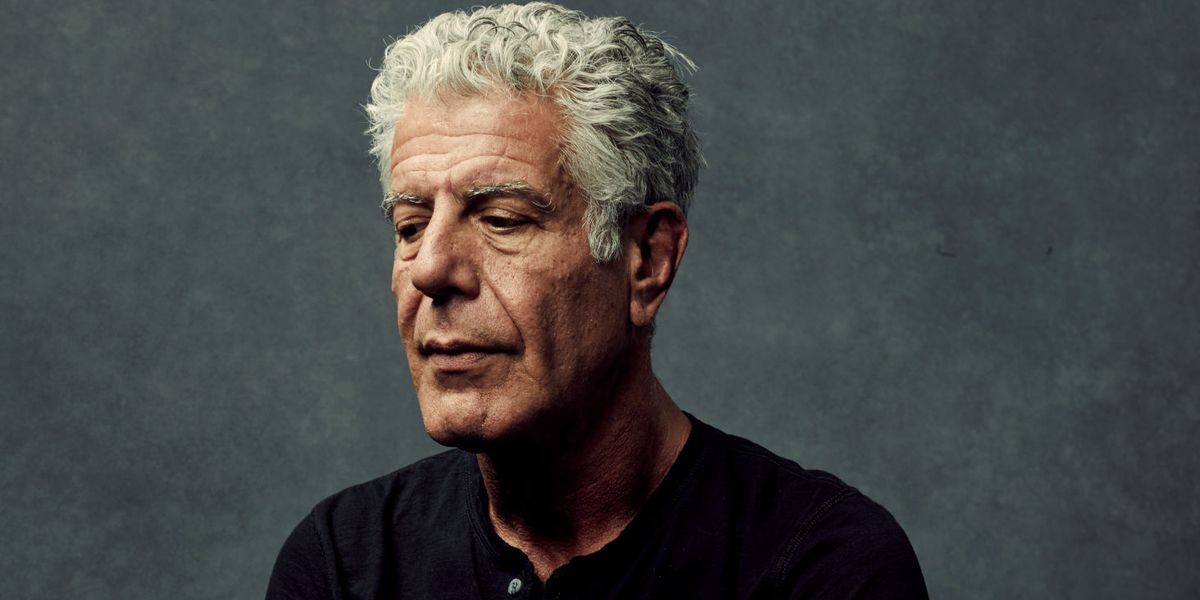 Last Friday, June 8, 2018, we were told that Trump-hater celebrity-chef Anthony Bourdain, 61, host of CNN’s “Parts Unknown,” had died that morning in a French hotel of suicide. Bourdain allegedly hanged himself using the belt of his bathrobe.

Last September, Bourdain said he would give Trump poison if given the chance. In November, he said it’s great that in 70 years there won’t be any more white people, notwithstanding the fact that he himself was white, although many Jews curiously believe themselves to be a separate race, instead of “white”.

Some expressed sympathy for Bourdain, citing Alex Jones that Bourdain had recently “seen the light.” Others hint darkly that Bourdain might have been “Arkancided”. They point to Bourdain having joined his actress girlfriend Asia Argento in the #MeToo movement against Hollywood mogul Harvey Weinstein and, in so doing, allegedly triggered the ire of Hillary Clinton and her followers.

Last October 11, he tweeted that surely Hillary would have known of Weinstein’s sexual crimes. To which a Hillary representative replied, telling Bourdain to go “eat a scorpion.” That prompted Bourdain to tweet this on May 2, 2018 (source: TruePundit):

“…and I am in no way an HRC [Hillary Rodham Clinton] fan. I’ve been on the receiving end of her operatives’ wrath. And it ain’t fun.”

Those who know him, however, say Bourdain was depressed. According to TMZ, Bourdain had been dumped by his girlfriend Asia Argento just days before the suicide:

Anthony was shooting his show in France this week — he’d been there for at least 4 days. However, Asia was back in Rome, strolling around with a French reporter named Hugo Clément. There were photos of them holding hands and hugging, but the Italian photographer who shot the pics pulled them off the market on the heels of Anthony’s death. It’s unclear if Anthony and Asia had broken up. If they did, there was no public announcement. Their last public appearance together was at an event was back in April in NYC.

Whatever that was on Bourdain’s mind, photos he’d posted to Instagram show a disturbing obsession with the macabre:

A pic (date unknown) of his best friend, French chef Eric Ripert, looking menacing in a blood-stained chef’s jacket. Ripert had found Bourdain’s body in the bathroom of Bourdain’s room in a hotel in France:

On March 11, 2017, a pic of his girlfriend Asia Argento and a young girl in red shoes. According to free-lance investigative journalist Liz Crokin, red shoes signify pedophiles because the Illuminati uses The Wizard of Oz movie, in which Dorothy wore red shoes, to brainwash child sex slaves.

On June 3, 2017, a pic of his girlfriend drenched in blood, her mouth blood-smeared (from cannibalism?):

On July 15, 2017, a pic of himself and another man posing with a bottle of a baby preserved in formaldehyde: