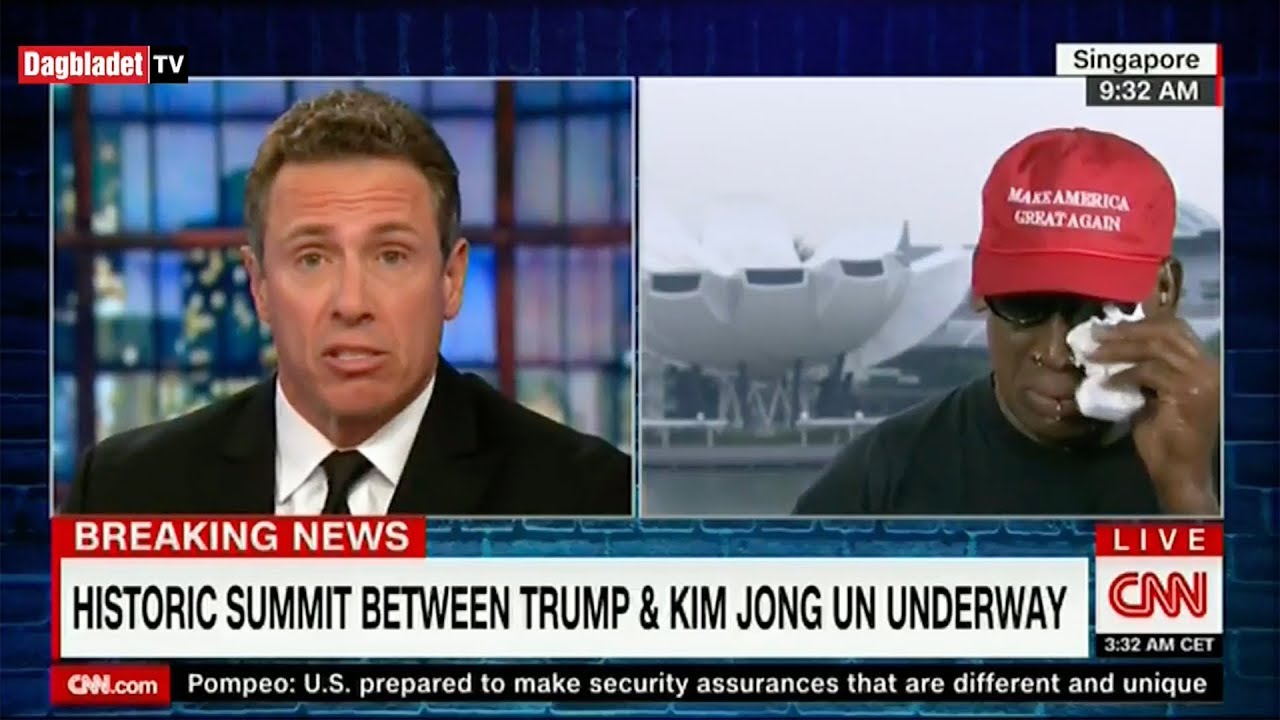 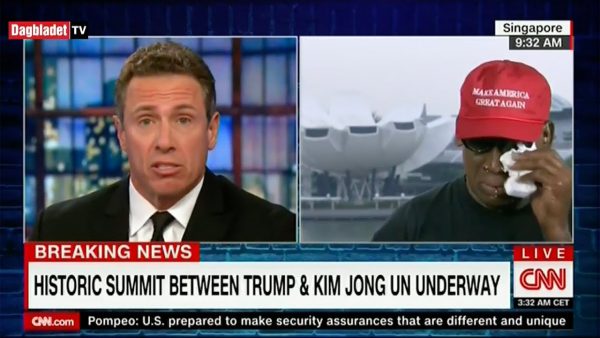 Basketball great Dennis Rodman cried during an emotional interview early Tuesday on CNN after recounting how he was swarmed with death threats and treated like a pariah after meeting with North Korean leader Kim Jong Un five years ago.

Five years ago, Rodman said, Kim told Rodman “certain things” to relay to Obama concerning potential negotiations, but the former president “didn’t even give me the time of day — he just brushed me off, but that didn’t deter me.”

Rodman, who admitted he was “naive” when he first visited the rogue regime, then started weeping and repeatedly dabbed away tears from his eyes as he recounted the blowback he received in the U.S. for visiting Kim.

[…] Trump reached out to Rodman before the summit through a secretary to tell Rodman he is “very proud” of him, the basketball star claimed.

“We don’t need a miracle, but we need the doors to be open so we can start fresh,” Rodman said of the historic meeting between the two leaders.

“Donald Trump should take a lot of credit for this. He went out the box and made this happen,” Rodman added.

Rodman, as Trump would say, was treated very unfairly by our lying media for daring to meet with Kim in 2013. It’s nice to see him getting some redemption. The average Republican a few years ago believed the media and viewed him as some devil creature, but today they’re showering him with praise.

One of the most important points he made was this meeting never would have happened if it wasn’t for Donald Trump.

Show this to someone in 2014 and they'd say that it's a Photoshop. pic.twitter.com/0BLUmV0x5k

He’s bucking the establishment on North Korea, Syria (despite his repeated bombings, he destroyed ISIS while Obama let them thrive and cut funding to rebel terrorists backed by the CIA), the Philippines and Russia (at least to the extent he has been able to).