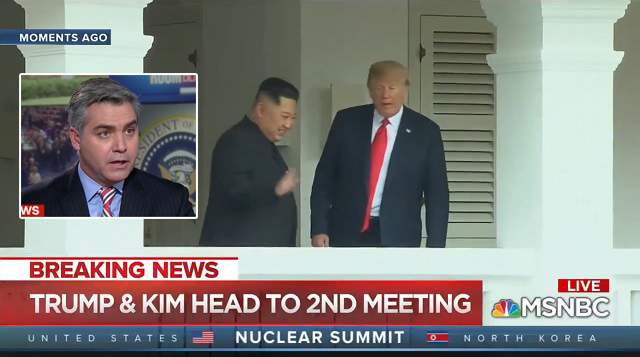 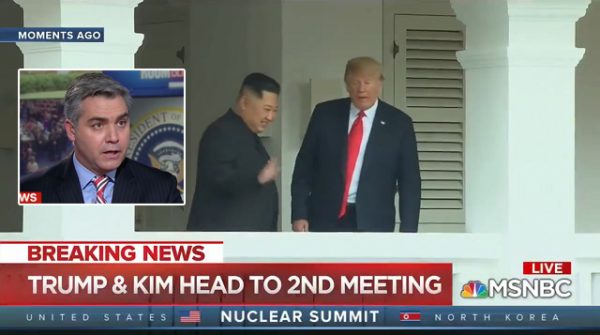 CNN’s Jim Acosta was caught on a hot mic suggesting his decision to shout out idiotic questions at Kim Jong Un and President Trump was an act of vengeance for not letting him in their “f**king meeting.”

After Trump and Kim’s first meeting, the two walked around outside and passed by the press. When Kim was walking away, Acosta, seemingly doing all he could to derail the negotiations, shouted out: “Will you give up your nuclear weapons, sir?”

A few minutes later Acosta could be heard listening back to a recording of his question.

“Hey, if they’re not going to let me in the f**king meeting, that’s what happens,” Acosta tells at least two confidants around him.