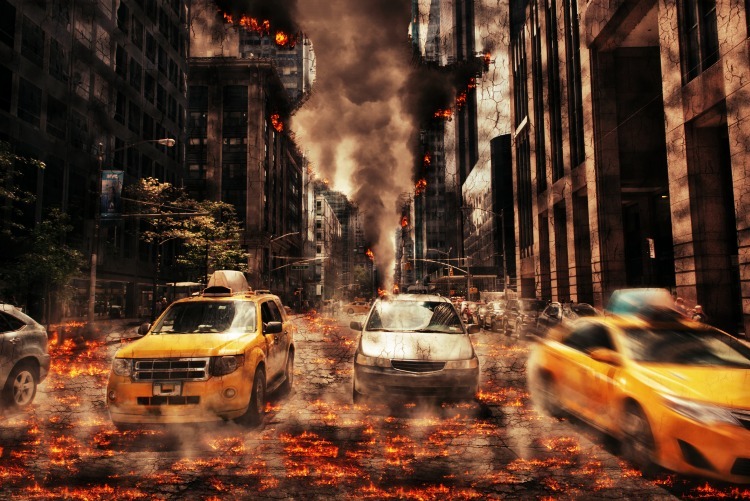 After the meeting between North Korean leader Kim Jong Un and US President Donald Trump seemed to end on an optimistic note, one may have hoped that our fears of a nuclear attack would subside. Not so, according to The New Yorker, who published an article entitled, “This Is What a Nuclear Attack on New York Would Look Like.”

While the timing may seem odd, it’s important to note that feelings are mixed about the North Korea-US summit.  Some are pleased and feel that a great deal was accomplished, while others are unhappy – even angry – that Trump made nice with a brutal dictator.

It’s tough for many folks to separate their feelings about Trump, whether those feelings are animosity or support, and it shows in their assessment of the conversation. And this isn’t unique. People had the same difficulties with President Obama. Supporters thought everything he did was great, while detractors thought he was the Anti-Christ. We’d all be wise to try to separate our feelings from our take on current events, as difficult as that might be. However, that isn’t what this article is about.

The  New Yorker piece is prefaced with the opinion that the potential nuke won’t be from the sources most of us have been worrying about. “If America is attacked, the strike probably won’t come from North Korea. And it will be even scarier than we imagine.”

The intro is a political diatribe with some legitimate facts that are overshadowed by a blatant bias. But Ferris Jabr is an experienced science journalist who is a contributing writer for Scientific American and has been published in Wired, Foreign Policy, Aeon, Hakai, New Scientist, and Quanta, to name just a few outlets.  Don’t be too put off by the first couple of paragraphs to read the very credible information he provides in the rest of the article. The author discusses a distinct, chilling possibility that has quite a bit of merit.

…a nuclear attack on the United States could well come not from the skies but from the streets. Experts warn that it would be relatively easy for terrorists to build an “improvised nuclear bomb” and smuggle it into America. Building a ten-kiloton bomb nearly as destructive as the one dropped on Hiroshima would require little more than some technical expertise and 46 kilograms of highly enriched uranium — a quantity about the size of a bowling ball.

This is absolutely not outside the realm of possibility.

Last month, some weapons-grade plutonium went missing from a university in Idaho. While the amount taken wasn’t enough to make a giant nuke, it was certainly enough to make a dirty bomb. I was unable to find any indication that the plutonium was ever recovered, and if any readers know, please post your links in the comments so I can update this article. This isn’t the first time that nuclear materials have gone missing – far from it. In 2013, the Washington Post published an unsettling map that showed dozens of thefts or losses of the ingredients required to cook up a dirty bomb or worse.

The New Yorker article posits that the bomb would likely be assembled elsewhere and then smuggled into the United States but we can’t overlook the possibility that it could be just as easily assembled right here at home, should such an event occur. The article explains how a crude 10-kiloton bomb could be made and smuggled in (and it’s quite thorough to my untrained eye)

Once terrorists obtained the uranium, they would need only a small team of sympathetic engineers and physicists to build what is known as a gun-type nuclear bomb, like the one dropped on Hiroshima. A gun-type nuke uses traditional explosives to fire a slug of uranium through a tube directly into another chunk of uranium, fracturing huge numbers of atoms and unleashing a massive amount of energy…

…The last step in the process — smuggling the weapon into the United States — would be even easier. A ten-kiloton bomb, which would release as much energy as 10,000 tons of TNT, would be only seven feet long and weigh about 1,000 pounds. It would be simple to transport such a device to America aboard a container ship, just another unseen object in a giant metal box among millions of other metal boxes floating on the ocean. Even a moderate amount of shielding would be enough to hide its radioactive signature from most detectors at shipping hubs. Given all the naturally radioactive items that frequently trigger false alarms — bananas, ceramics, Brazil nuts, pet deodorizers — a terrorist group could even bury the bomb in bags of Fresh Step or Tidy Cats to fool inspectors if a security sensor was tripped.

Jabr then suggests that the shipment could reach port in Newark, New Jersey, after which a route through the Lincoln Tunnel into Times Square might be the likely course.

What would happen when the nuke detonated?

Keep in mind that this article is specific to New York City. Anyone who lives there or has traveled there will finish reading it with a clear picture in their minds of the landmarks mentioned. But even if you never set foot in the Big Apple, the information delivered in such a relatable way is priceless.

I’ve written a great deal about the survivability of a nuclear strike if one doesn’t happen to be at Ground Zero, and it seems that the author of this piece agrees. Here’s an excerpt:

A ten-kiloton nuclear bomb detonated on the ground in Times Square would explode with a white flash brighter than the sun. It would be seen for hundreds of miles, briefly blinding people as far away as Queens and Newark. In the same moment, a wave of searing heat would radiate outward from the explosion, followed by a massive fireball, the core of which would reach tens of millions of degrees, as hot as the center of the sun.

When such a bomb explodes, everyone within 100 feet of ground zero is instantaneously reduced to a spray of atoms…Near the center of the blast, the suffering and devastation most closely conform to the fictional apocalypse of our imaginations…Within a half-mile radius of the blast, there would be few survivors…

As the fireball travels outward from the blast, people, buildings, and trees within a one-mile radius would be severely burned or charred. Metal, fabric, plastic, and clay would ignite, melt, or blister. The intense heat would set gas lines, fuel tanks, and power lines on fire, and an electromagnetic pulse created by the explosion would knock out most computers, cell phones, and communication towers within several miles.

Traveling much farther than the fireball, a colossal pressure wave would hurtle forth faster than the speed of sound, generating winds up to 500 miles per hour. The shock wave would demolish the flimsiest buildings and strip the walls and roofs off stronger structures, leaving only their naked and warped scaffolding. It would snap utility poles like toothpicks and rip through trees, fling people through the air, and turn brick, glass, wood, and metal into deadly projectiles. A blast in Times Square, combined with the fireball, would carve a crater 50 feet deep at the center of the explosion. The shock wave would reach a diameter of nearly 3.2 miles, shattering windows as far as Gramercy Park and the American Museum of Natural History.

All this would happen within a few seconds.

As this pulse of radiation surges through the bodies of everyone who is outside, or in weakly insulated buildings, it wreaks biological havoc at the molecular level…Within minutes to hours, most people exposed in these areas would begin to show signs of acute radiation syndrome…

The article is well worth reading to get a clear, horrifyingly detailed picture of the reality of a nuclear attack for those closest to Ground Zero. It continues to explain what would happen to those within a few miles in the hours and first days after the attack, and has some excellent advice on how to protect yourself should you find yourself in close proximity to a strike. The author concludes:

A terrorist-built nuclear bomb detonated in Times Square would injure 300,000 people and kill 250,000 — 20 times more deaths than in any natural disaster or act of terrorism in America’s history. More than 500,000 would eventually be killed or injured by the radioactive fallout…

…Overall, a nuclear missile detonated in the air over New York City would be more destructive and deadlier than a ground explosion, because it would generate a larger blast wave and fireball. By contrast, a nuclear bomb detonated on the ground loses some of its destructive power, because the energy is absorbed by the ground itself, but kicks up more dirt and debris, producing a much larger amount of radioactive fallout and causing a higher proportion of deaths from radiation sickness and cancer.

Really, it seems to me that this scenario of a crude nuclear bomb detonated on the ground in a populated area is a whole lot more likely than a missile strike from across the ocean.

You need to learn to protect yourself against all types of nuclear threats.

By understanding exactly how this would affect Ground Zero and the area around it, we give ourselves a much greater opportunity for survival. Clearly, in a localized event, the entire country would not turn into a nuclear wasteland like the setting of The Road, but this is a common misconception that leaves people paralyzed in fear.

It would be centered around the blast area, but the radiation and plume would travel. Being prepared for this possibility is far wiser than saying, “I’ll just take my chances and die. Who would want to live after that?”

The unfortunate thing for those who deliberately choose the option of remaining unprepared is that you probably won’t just die in the blast. You will die a horrific, lingering death, in agony as your skin peels off, your organs shut down one by one, and your loved ones suffer beside you.

Learn how to create a survival shelter in your home. Even if you aren’t at home when something terrible happens, that information could save your life. Knowledge is power.