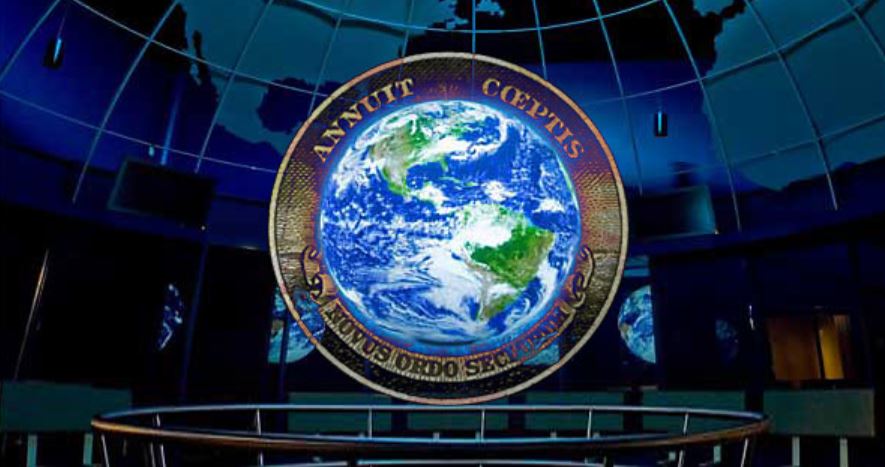 Many years ago the late Dwight D. Eisenhower, 34th president of the United States, dropped some information in his retirement speech no one apparently took seriously.  Ike, as he was affectionately known, warned the USA in his famous speech of January 17, 1961 about those “behind-the-scenes” movers and shakers who actually were/are running this country.  Everyone thought he was out to lunch!

Those who took him seriously, like President John F. Kennedy, and tried warning us about what was going on would find themselves offed from life and the planet.  Eisenhower called them the “Military Industrial Complex,” a ‘clandestine’ group who found how to profit from starting and keeping wars going.

The Vietnam War was their first successful attempt at manipulating the start of a war—the Gulf of Tonkin episode, which never happened:

…high government officials distorted facts and deceived the American public about events that led to full U.S. involvement in the Vietnam War. (Source)

The Vietnam War was based upon cleverly manipulated lies, a strategy which has been used as a ‘template’ for starting many succeeding wars, including the infamous 9-11-01 tragedy that resulted in world-changing events leading to a total surveillance society, especially in the USA, plus declaring wars with Middle East and Islamic countries.

The MIC has an unfortunate reputation and legacy of starting wars, but never finishing them!

Since former President Eisenhower warned us, but we didn’t take him seriously, numerous other “special interest complexes” have gained prominence following the MIC’s effective ‘play book’ in formulating unfortunate control mechanisms we now are forced to live with at all levels of life.  Some of those special interest complexes include, but are not limited to:

That unrelenting remark by Pelosi should have been a red-flag-clue that some sort of scam was in the offing and Congress should have stood its ground, not caved to the HIC and Pelosi!

Currently, humans are being bombarded with an estimated 300,000, or more, frequencies per minute from all the microwave devices, including off-planet satellite signals.

What do the above have in common?

Many key principles are officers in the above industries complexes and are members in the Committee of 300, which actually are the folks who run things in the USA—if not globally, not whom voters think they elect.

The sooner naïve voters and left-wingers wake up to the realities of who actually are pulling financial and geopolitical strings, maybe then they will realize just how long they have been misled, duped and have been walking down a “yellow brick road.”  In the USA there are three forms of government, which recently have become known, but which President Eisenhower was forewarning us about in 1961:

Elected officials are citizens, who belong to one party or another, and get elected based upon party loyalties rather than important issues.

Voters think elected officials run the USA, but the nightmare is the Deep State and the Shadow Government have more say than any President of the United States could have regarding long-run, future new world order plans naïve voters and consumers just can’t seem to get a handle on.

Conspiracy theories are real and promoted by the very ones, i.e., the CIA, which coined “The Term “Conspiracy Theory” [which] Was Invented by the CIA In Order To Prevent Disbelief of Official Government Stories.”