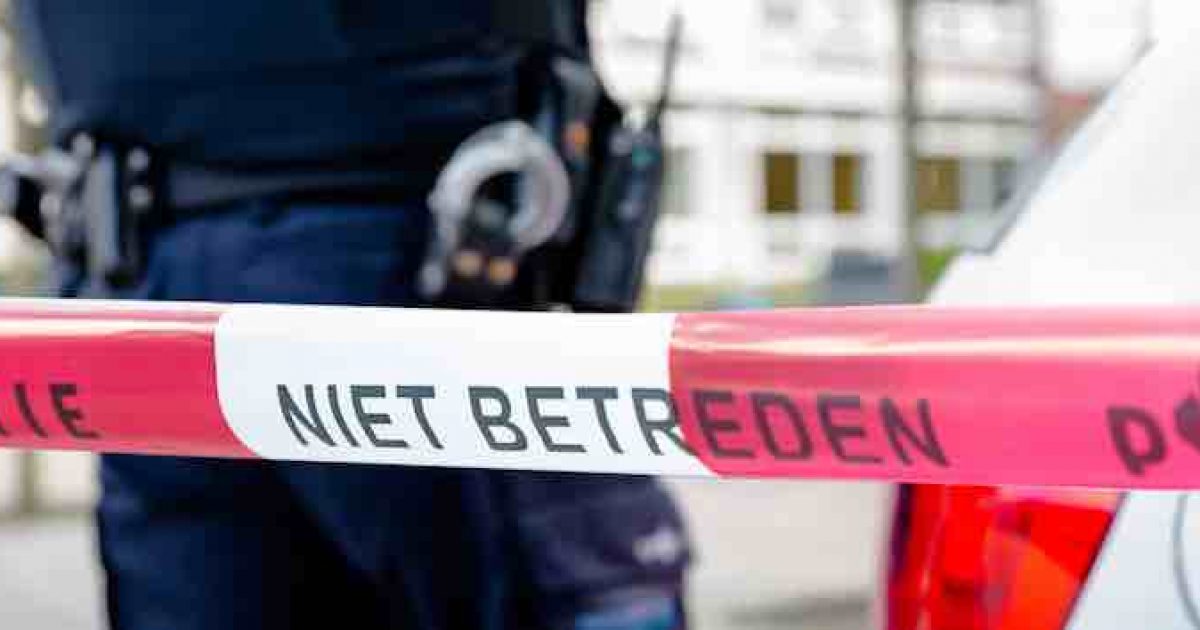 On a pleasant Wednesday in Schiedam, a Dutch city near Rotterdam’s sizable Islamic population, a 26-year-old Syrian refugee stood on a balcony waving an axe and shouting, “Allahu Akbar.”

The police arrived at the modernistic dark and gray building, limned in steel and glass, where the nameless Syrian was shouting about the supremacy of his religion and its axe to all others in Schiedam.

The Dutch cops tried to calm him down. Instead, he attacked a police dog which later died of its injuries. After some failed attempts at negotiating his surrender, the Syrian was shot in the leg. Paramedics loaded him into one of two yellow ambulances dispatched for the occasion and maneuvering past a police Volvo took him off to be an even bigger burden on the taxpayers of the Netherlands.

Even before murdering a police dog, the Syrian refugee had been in contact with various aid agencies. By the time he’s done being treated, evaluated, counseled, tried, defended, prosecuted and judged, he will have cost the Netherlands enough money to feed an entire Syrian city for a day.

“It is certain that he had no religious motives,” Mayor Lamers insisted. “The most important thing is that he first receives the right care, that also applies to his father. As soon as he is recovered, there will probably be a long-term admission to a clinic.”

Make that two Syrian cities for a week.

But the most important thing isn’t stopping Allahu akbaring axmen. It’s seeing they get the right care.

“Honesty requires saying that there are more disturbed people walking around in Schiedam,” the politician added. “That is why it is good that there is discussion at national level.”

There’s a discussion. Just not the right one.

In May, Malek, a Syrian refugee, stabbed three people in The Hague while shouting, “Allahu Akbar.”

The Syrian had previously thanked the Dutch people for their hospitality by shouting, “Allahu Akbar,” and throwing pieces of furniture out of the window of his apartment and into the street.

For months, he had terrorized his neighbors with loud Arabic music, “Allahu Akbar” cries and disturbing behavior. The police finally showed up, accompanied by police dogs and riot shields, and he was institutionalized. He was there for six weeks, married another patient, and was back on the street even though while in the hospital, the police had received a tip that he was planning a terrorist attack.

On the loose, Malek cut a man’s throat. He also stabbed two others.

Police shot him in the leg, ruled out terrorism and blamed mental illness. His family is suing the hospital because Dutch taxpayers haven’t paid enough blood money yet.

In December of last year, Saleh Ali, a Syrian refugee wearing a keffiyah and waving a terrorist PLO flag, went up to a Jewish restaurant in Amsterdam, shouted “Allahu Akbar” and began smashing the windows. The police stood by and watched until he was done. And then they arrested him.

Ali admitted to having fought with Jihadists in Syria. So the system decided that he needed a psychiatric evaluation because in the Netherlands, and the rest of Europe, smashing things while shouting, “Allahu Akbar” means that you need to spend some time in a white room talking about your mommy.

All three Syrian Muslim refugees had a habit of shouting, “Allahu Akbar” while doing threatening things in public. All three escalated their habits to violent attacks with weapons. Their violence, anger and threats were treated as signs of mental instability rather than religious fervor. But that may be because the former Calvinist stronghold has become an irreligious society incapable of understanding religion.

Less than a third of the Dutch believe in anything. Only 25% identify as Christian. 5% as Muslim. Only 13% of Catholics believe in the basic elements of Christianity. So the numbers are even smaller.

The vast majority of the younger native population has no concept of religion. So is it any wonder that the “Allahu Akbar” violence of Muslim migrants is met with incomprehension and psychiatry?

The Dutch were once on the front lines of religious wars. They still are today. But the difference is that much of the country no longer recognizes or understands religion.

Recent research claims that 40% of the Syrian refugees in the Netherlands are suffering from mental problems.

Are 40% of Syrian refugees really disturbed or verward, the Dutch term that loosely translates as confused? Or are Europeans unable to process behavior and values different from their own?

In Europe, brandishing an axe while shouting at the entire street would be a sign of mental illness. So would smashing restaurant windows or tossing furniture out of the window into the street.

But Syria isn’t the Netherlands. And the Middle East isn’t Europe.

Public displays of anger and violence are much less aberrant in the Middle East. The values of the burghers of Rotterdam are not those of a Syrian man in his twenties. Nor is their scrupulous lack of conviction in anything more than civility and good behavior a match for his religious convictions.

His cry of, “Allahu Akbar” is not mad, but a threat. He may be a penniless refugee here, but his religion is greater than theirs. And will subsume the tidy precincts of Schiedam, The Hague and Amsterdam.

78% of Syrians are unemployed and don’t intend to leave. The Dutch government solution is to improve mental health services at refugee centers. That raises the question of just who’s really crazy here?

Meanwhile in another experiment, Syrian refugees are being housed in empty prisons. At least until they commit enough crimes to be sent to an actual prison. Instead of more psychiatric evaluations.

Dutch voters have made it very clear that they don’t want more migrants. And relatively few asylum petitions are being approved. But that just means that Dutch cities are filling up with failed asylum seekers who can’t be deported, who will no longer be subsidized and are ticking time bombs.

If they want to stay, all they have to do is commit a crime and land in one of the famously cushy prisons.

The Netherlands boasts what its defenders call an innovative mental health system. And in its prisons, the inmates are getting keys to their own cells.

Given a choice between having to get a job or shouting, “Allahu Akbar” before taking an axe to a police officer, who is under orders to aim at the feet in the extreme scenario that he has to use his weapon, it’s an easy choice. And more of those Syrian refugees, who won’t be integrating, are making it.

Is it terrorism? Is it gaming the system? Why can’t it be both?

Islamic terrorists have shown a real talent for gaming the system. And gaming the system, like terrorism, is just finding chinks in the armor to exploit. Welfare fraud and suicide bombing are different sides of the same coin. And in Europe, Jihadists have been known to finance their plots with dole money.

Just don’t call it crazy. When 40% of a population group is deemed loopy, that’s not crazy, it’s the new normal.