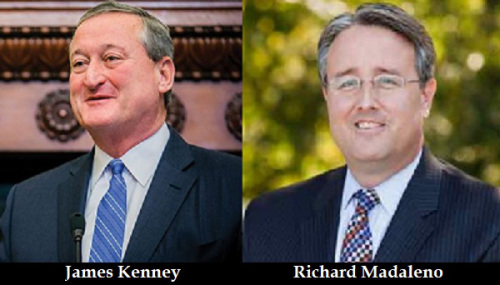 My friend Mark S. McGrew is among a handful who first wrote on Barack Obama being a fraud.

In 2008, he sent his first article on Obama to hundreds of newspapers in the United States, both national and local, but none would accept it. So Mark turned to international foreign news outlets. Pravda was the first one to see its value and snapped it right up — which, of course, is a sad commentary on America’s “free” press.

The one superior product that American government produces is Bullies. At every level — city, county, state, federal and down to school boards, committees or any position that has the word “Government” associated with it. It is astounding how people get a position of authority and then use that authority, abuse that authority and force that authority on any person they come in contact with. There is never a concern that the way they treat honest law abiding citizens, may be duplicated by another government employee and used against members of their families or even themselves. “Nope. Never happen. I’m government. We’re special.”

Below are only three examples of American politicians — Traitor, Degenerate and Thief, in that order, in their own words and actions and they are proud of it.

The Mayor of Philadelphia, James Kenney (D), dances with joy after a federal judge ruled that the federal government cannot withhold free money grants to Philadelphia, because of their sanctuary city policy of protecting violent criminal illegal-alien animals and allowing prehistoric savages to continue preying on American citizens. Fast forward to the 1:40 mark to see the dance:

Here is a campaign ad for Maryland State Senator Rick Madaleno (D), a man child running for governor of the State of Maryland. What makes him think using profanity with young children will get him votes? I don’t know. Maybe our society is sicker than I know:

Here is a Dallas, Texas city council meeting. Take note of the insane saliva-dripping rage directed against a man who legally fought them in the courts, to prohibit them from taking his land. Listen to it a few times and you will see, vividly displayed, the mental mindset of our politicians. They are just verbalizing what all politicians think, but are not stupid enough to say it in public.

It is not simply a question of good or bad, right or wrong, Republican or Democrat, or conservative or liberal. The name tags are only smokescreen to obscure or eliminate the one word that truly describes them all: EVIL. They are Satanic. Satanists. No other word can adequately explain their mentality.

From Merriam-Webster Dictionary: One of three definitions of pornography is:

the depiction of acts in a sensational manner so as to arouse a quick intense emotional reaction.

In my professional opinion from the past two years’ observations, these three definitions from three separate credible sources, express America’s major news obsession with President Trump.

Mark S. McGrew is an Independent Operator in the oil business in Texas. He writes about business and politics as a hobby. His articles are generally factual and verifiable. If he writes parody or satire, it will be obvious. You may reach him at [email protected].

READ MORE AT FELLOWSHIP OF THE MINDS