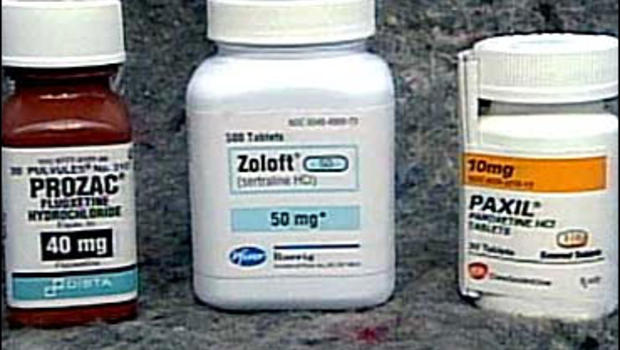 —For years, I’ve been writing about the medical system’s self-feeding mechanism:

At one time, this circle of devastation might have been called an accident. But now, all the experts know the truth. Therefore, this is rightly labeled a MARKETING STRATEGY, and, at the highest levels, a covert op to disable the population.

Here is a new revelation:

Suppose your doctor told you this: “I’m prescribing an antidepressant because the other drugs you’ve been taking have a side effect—they cause depression.”

You might say, “Wow, where is my compensation for suffering depression?”

The answer, of course, is: Nowhere.

Yahoo News (6/12) has the story: “One third of Americans are taking prescription and over-the-counter drugs, such as birth control pills, antacids and common heart medications, that may raise the risk of depression, researchers warned on Tuesday.”

“Since the drugs are so common, people may be unaware of their potential depressive effects, said the report in the Journal of the American Medical Association (JAMA).”

“’Many may be surprised to learn that their medications, despite having nothing to do with mood or anxiety or any other condition normally associated with depression, can increase their risk of experiencing depressive symptoms, and may lead to a depression diagnosis,’ said lead author Dima Qato, assistant professor of pharmacy systems, outcomes and policy at the University of Illinois at Chicago.”

Here is the kicker: “The report was released one week after US health authorities said suicides have risen 30 percent in the past two decades, with about half of suicides among people who were not known to suffer from mental illness.”

“Anti-depressants are the only drug class that carries an explicit warning — called a black box warning — of suicide risk.”

“For other common medications — like blood pressure lowering pills, antacids known as proton pump inhibitors, painkillers and hormonal contraceptives — the warnings are harder to find or simply don’t exist in the packaging.”

And who knew this? “Researchers found that more than 200 commonly used prescription drugs have depression or suicidal symptoms listed as potential side effects.”

In the Yahoo article’s comments section, one person writes: “That explains why so many heart patients get diagnosed with clinical depression and PTSD. I went from 0 pills a day to over 20 a day after a heart attack. Several months later after becoming clinically depressed I was [p]ut on antidepressants.”

Quite possibly, the depression wasn’t simply the reaction to having a heart attack. The drugs used to treat the attack were at fault.

Hundreds of meds causing depression have produced a $$ bonanza for the psychiatric drug business: THOSE drugs OVER THERE cause depression; THESE drugs HERE treat it.

Of course, the SSRI antidepressants (e.g., Paxil, Zoloft) contain warnings about suicidal effects—because they, too, cause depression. And my readers know I’ve been presenting evidence for years about the ability of antidepressants to cause people to commit violence, including murder.

This is quite a “situation.” Hundreds of ordinary meds bring on depression. Doctors then prescribe antidepressants, which can deepen depression and push people into suicide and homicide.

Taking this further, the official solution to mass shootings is “earlier intervention with people at risk,” which means more psychiatric clinics, more diagnoses of mental disorders, and more drugging with compounds which induce violent actions.

Here is a new report indicating the public may be waking up to “the brutal pharma game”. From fiercepharma.com (June 13): [Public] Trust has hit a new low for pharma in Edelman’s annual Trust Barometer survey. The 13-point drop from 51% to 38% in the U.S. was the category’s biggest plummet in the five years the public relations and marketing firm has been tracking [public] sentiment…Pharma’s score of 38 puts it firmly in distrusted territory…”

None of this press coverage digs deeper into the tragedy. As I’ve been reporting for several years now, the landmark mainstream report on the effects of pharmaceuticals was published in the Journal of the American Medical Association on July 26, 2000.

Written by Dr. Barbara Starfield, a revered researcher at the Johns Hopkins School of Public Health, the report—“Is US Health Really the Best in the World?”—concluded that, annually, these drugs kill 106,000 Americans. Extrapolating that number out to a decade, the drugs kill a MILLION people.

In 2009, I interviewed Dr. Starfield. She adamantly stated that the US government had never consulted her about fixing the horror; nor had they launched any program to reverse the catastrophic trend.

When I label this overall operation chemical warfare against the population, I’m not exaggerating.

For obvious reasons, the mainstream press refuses to reveal the truth. It’s not only Big Pharma’s advertising revenues that are on the line, it’s the chaos that would be caused by cracking a foundational pillar of modern society.

Reality itself would undergo a vast disruption, as branches of the secular religion called modern medicine collapsed in full view of the public.