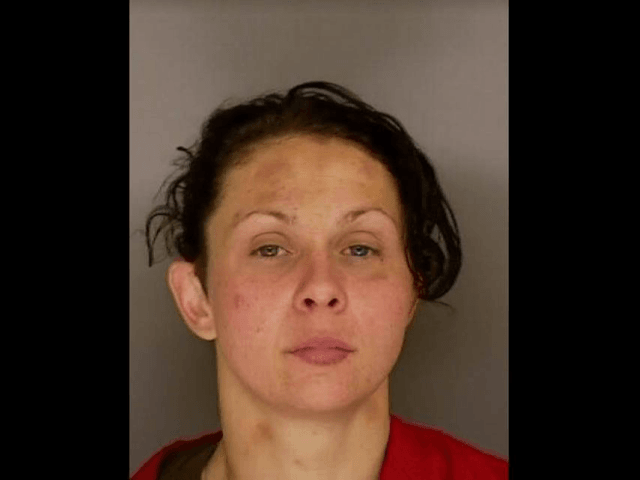 Last week a woman stole a Lexus and twice avoided police pursuit before eventually being held by a responsible citizen, at gunpoint, so police could make the arrest.

Yesterday afternoon Deputies were dispatched to the report of a lady trespassing at a home in Ben Lomond. When Deputies arrived, the woman left the area in what was later determined to be a stolen Lexus sedan, leaving behind her pet dog as she drove away. Deputies attempted to stop the woman, however, she failed to pull over and drove away at a high rate of speed. The Deputies followed the woman but given the road construction and one way closure at the Highway 9 washout, the Deputies stopped pursuing the speeding Lexus as it neared Brookdale, fearing for public safety.

The Lexus was again spotted by a Deputy who was waiting in downtown Boulder Creek, who attempted to pull the woman over. A second pursuit began. During the pursuit, Deputies determined that the woman had stolen firearms and other property from the house.

The Deputy continued to pursue the woman until he lost sight of her. Law Enforcement in the area searched for the vehicle and waited at nearby intersections to no effect. However, Deputies learned that the woman had been filmed during the burglary. The abandoned dog was found to be registered to Samantha Vetter (32) and from viewing the footage of the burglary, Deputies familiar with Samantha were able to positively identify her as the suspect.

She escaped law enforcement twice. And in yet another ringing endorsement for the second amendment, that is receiving the usual sparse media coverage, it was an armed citizen that saved the day.

Vetter ran out of gas after eluding the deputy in the second chase and began going house-to-house seeking gasoline on Branciforte Dr. Along the way she climbed a fence where a resident who had received an alert that Vetter was in the area pulled a handgun on her and held her for deputies.

She “was booked into County Jail for numerous felonies, including residential burglary, felon in possession of firearms, vehicle theft, and reckless evasion.”

Score another one for the second amendment. Sometimes our men in blue need a little help.

Dean Garrison is the publisher at D.C. Clothesline. Permission is granted to re-post this article in part or entirety so long as all author credit is given and source links remain in tact.