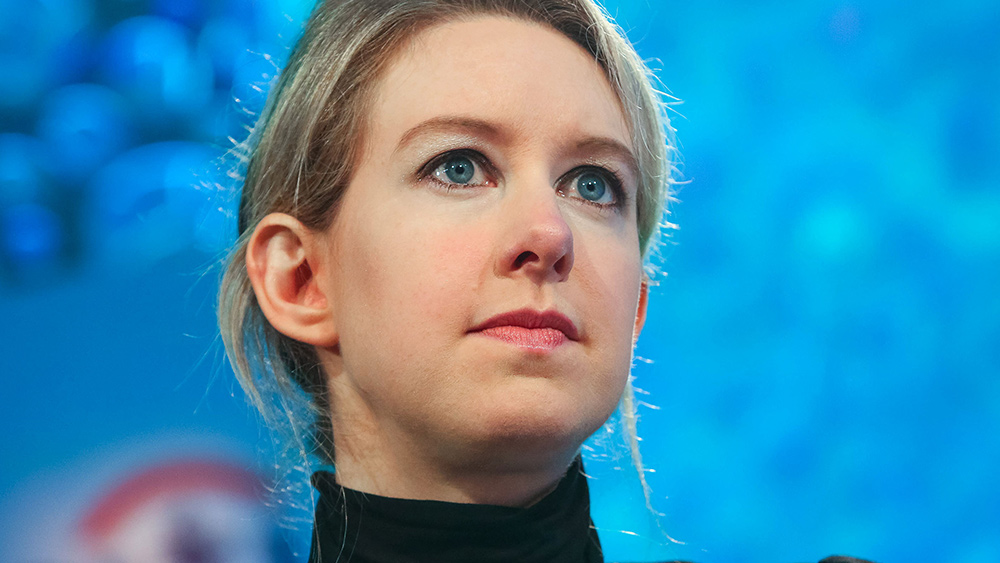 (Natural News) Theranos founder Elizabeth Holmes was, at one time, on top of the world: With her (now disproven) new blood testing tech, she was heralded as a “female Steve Jobs” and the mainstream media simply couldn’t get enough of their new feminist-approved icon. It’s got to be a long, hard fall from such a high pedestal — and Holmes certainly knows a thing or two about that, now that the fraudulent tactics used to garner her company’s success have been exposed.

The company touted their advanced blood testing techniques that would require substantially less blood for hundreds of different types of tests; medical professionals and investors alike were chomping at the bit to see the day they could run a full blood panel with just a finger-stick. But, as it turned out, the product was just too good to be true. But how did one woman fool so many people?

Wall Street Journal investigative reporter John Carreyrou first began asking questions about Theranos and their “innovation” just a few years go in 2015 — 12 years after the company was founded. In his new book, Bad Blood: Secrets and Lies in a Silicon Valley Startup, Carreyrou reveals that the company had been in trouble from the very beginning.

One of the first signs that the technology promised by Theranos was not what it seemed came at a 2006 meeting in Switzerland. Holmes and her team gave pharma giant Novartis a product demonstration — but as Business Insider reports, then-Chief Financial Officer Henry Mosley noticed that other Theranos employees didn’t seem very excited about showing off their product.

According to Carreyrou, this is because their blood testing tech didn’t always work — and to mask that problem, they had prerecorded results to display during demos for investors. Mosley questioned if this is what happened at the Switzerland meeting. In the book, Carreyrou writes of the 2006 incident:

Mosley couldn’t get a straight answer from anyone, but he now suspected some similar sleight of hand. And he was right. One of the two readers Elizabeth took to Switzerland had malfunctioned when they got there. The employees she brought with her had stayed up all night trying to get it to work. To mask the problem during the demo the next morning, Tim Kemp’s team in California had beamed over a fake result.

Mosley tried raising the issue with Holmes, but reportedly said she didn’t seem to care about the company’s fraud. This became crystal clear when Mosley was fired for bringing up the dummy test results in front of investors.

Eventually, the now-disgraced startup founder would be charged by the U.S. Securities and Exchange Commission (SEC) for committing “massive fraud” involved around $700 million. In early 2018, SEC levied their charges against Holmes, fining her to the tune of $500,000 and banning her from leading a public company for the next 10 years.

As sources explain, Holmes was ruthless in her efforts to preserve the company’s image and was hellbent on ensuring success — even if it meant lying to investors and the public. Carreyrou says that after Holmes learned of his investigation, she had him followed, and even tried to get the The Wall Street Journal to quash his earth-shattering story.

In addition to Holmes’ own acts of deceit, the fact remains that until Carreyrou came along, no one was really questioning her products. Even after Theranos had to void two years of test results due to inaccuracy, the media remained faithful to their hopeful star; Holmes wanted to be the female Steve Jobs — and the feminist media was willing to give her that title at any cost, and without any proof.