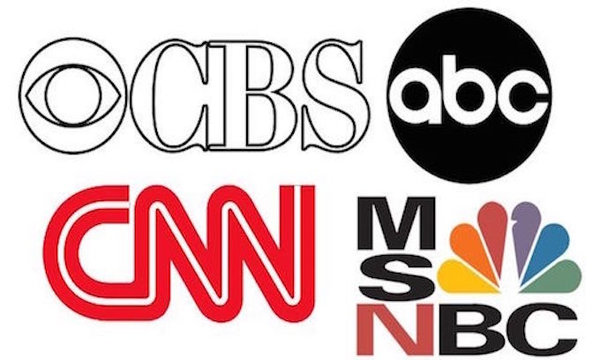 (Natural News) In case you’ve ever wondered why most conservatives say that the mainstream media is now an appendage of the Democratic Party, here’s your answer: Fair, impartial journalism that focuses on the facts has been replaced by an insatiable, all-out effort to discredit and destroy the president of the United States.

The media, which Trump once correctly labeled as the “enemy of the people,” has made it abundantly clear that they are more than willing to say just about anything if it means taking down the one man that was able to defeat Hillary Clinton in the 2016 election.

Earlier this month, Sharyl Attkisson – who decided to step away from her job at CBS back in 2014 after becoming frustrated with the network’s Left-wing bias – published an entire list of instances where the lying, fake news media attempted (and ultimately failed) to take down Donald Trump. The list contains a total of 50 eye-opening “mistakes,” and while it’s certainly worth reading in its entirety, here are the top five.

Throughout his entire presidential campaign, the liberals in the media were obsessed with Trump’s taxes, arguing without any evidence whatsoever that he hadn’t paid his fair share. However, as Attkisson wrote in her article, “tax return pages leaked to MSNBC ultimately showed that Trump actually paid a higher rate than Democrats Bernie Sanders and President Obama.”

How embarrassing it must have been for the mainstream media to find out that, contrary to the narrative they had perpetuated for months, Donald Trump had paid more than their liberal friends in Washington DC. (Related: Here are the six biggest mainstream media fails and cringe-worthy moments of 2017.)

“Donald Trump’s path to the White House is non-existent”

Most Leftists in the media, including Stuart Rothenberg of The Washington Post, “reported” that Donald Trump could not possibly become the 45th president of the United States because it was an electoral impossibility. Even on election night, liberal media networks like CNN and MSNBC were all reporting that Hillary Clinton had a 99 percent chance of winning, which was obviously an effort to discourage and intimidate Trump’s supporters. As we all know, these attempts proved futile and the former Secretary of State suffered a major defeat in 2016. (Related: The purpose of the mainstream media is thought control and suppression of the truth.)

Immediately after Donald Trump fired then-FBI Director James Comey, multiple liberal news outlets, including Politico, The New York Times, The Washington Post, CNN, The Wall Street Journal, and the Associated Press, reported that Trump had fired Comey because he had requested additional resources to further the investigation into Russian interference in the election.

However, as noted by Attkisson:

“Comey never told Trump that he wasn’t under investigation”

Big names in the liberal media, like Gloria Borger, Eric Lichtblau, Jake Tapper, Justin Fishel and Jonathan Karl, all reported that James Comey was planning on refuting Donald Trump’s claim that Comey told Trump on three separate occasions that he was not being investigated. Instead, Comey did the opposite and confirmed that what Donald Trump had said was true.

Part of the media’s ongoing efforts to discredit Trump includes making him look as bad as possible on the global stage. Newsweek’s Chris Riotta and several others claimed that Poland’s First Lady had refused to shake President Trump’s hand, even though a full video of the exchange shows that the First Lady did shake his hand. Newsweek was forced to publish an “update” and correct their “mistake.”