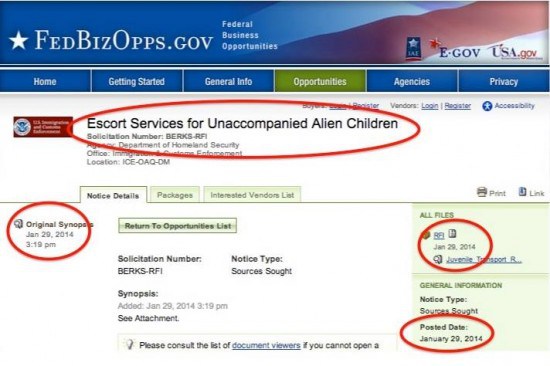 Senator Dianne Feinstein has questioned the integrity of President Trump by stating, “Well, this is the United States of America. It isn’t Nazi Germany, and there’s a difference, and we don’t take children from their parents, until now. And I think it’s such a sad day. People are so upset. I just read a wonderful letter to the editor by Laura Bush. I can’t believe that this is happening in the United States, and the president insists. So, we, of course, will do everything we can to pass a bill which would prohibit this.”

When I hear the Party of Babykillers, A.K.A The Democrats, argue for the rights of Children, I must pause to fully absorb the hypocrisy.

Let me see if I am understanding this correctly. Are the liberals mad because these poor immigrants were too destitute to afford abortions in their home countries? Or are they mad because the parents abandoned their children while they continue to live in Central and South America? That’s the truth which they conveniently forget.

Don’t let them lie to you America, this is nothing but political fodder and we need to expose the truth.

DHS Secretary Kirstjen Nielsen set much of the record straight on Monday.

During a White House news conference on Monday evening, Nielsen debunked the media’s false claims that conflate all child border crossers as being taken from their border crossing parents.

Nielsen said that the “vast, vast majority” of the 12,000 child border crossers in federal custody were actually sent to the southern border alone with human smugglers.

REPORTER: …How is this not specifically child abuse for these innocent children who are indeed being separated from their parents? [Emphasis added]

NIELSEN: So I want to be clear on a couple of other things. The vast majority, vast vast majority of children who are in the care of HHS right now — 10,000 of the 12,000 — were sent here alone by their parents. That’s when they were separated. So somehow we’ve conflated everything. But there’s two separate issues. 10,000 of those currently in custody were sent by their parents with strangers undertake a completely dangerous and deadly travel alone. We now care for them. We have high standards. We give them meals, we give them education, we give them medical care. There’s videos, there’s TVs, I visited the detention centers myself. That would be my answer to that question. [Emphasis added]

For those that don’t remember, this entire situation was created by the Democrats and the policies of the Obama Administration. Below is a piece I wrote in June of 2014 which will explain much of how we got to this point.

If you have any doubt that the current immigration disaster was orchestrated then you really need to read this. Some call me a conspiracy theorist. You can call me what you will but I simply refuse to make excuses and believe in “coincidences” when the evidence is as plain as day.

Back in January, a solicitation was made to specifically escort and resettle 65,000 illegal immigrant children. They knew this was coming. The government either planned it or turned a blind eye. Either way, they did nothing to try to stop it or fix the problem. The government simply ordered more “band aids.”

Notice that the solicitation deals specifically with kids and also notice that it isn’t a solicitation to help prevent any such occurrence like fixing fences or hiring more agents.

It’s more of an admission that the children are coming and an effort to make their entry more comfortable. The solicitation came from FedBizOpps.gov and can be found here. The description is below:

U.S. Immigration and Customs Enforcement (ICE), a component of the Department of Homeland Security (DHS), has a continuing and mission critical responsibility for accepting custody of Unaccompanied Alien Children (UAC) from U.S. Border Patrol and other Federal agencies and transporting these juveniles to Office of Refugee Resettlement (ORR) shelters located throughout the continental United States. ICE is seeking the services of a responsible vendor that shares the philosophy of treating all UAC with dignity and respect, while adhering to standard operating procedures and policies that allow for an effective, efficient, and incident free transport. The Contractor shall provide unarmed escort staff, including management, supervision, manpower, training, certifications, licenses, drug testing, equipment, and supplies necessary to provide on-demand escort services for non-criminal/non-delinquent unaccompanied alien children ages infant to 17 years of age, seven (7) days a week, 365 days a year. Transport will be required for either category of UAC or individual juveniles, to include both male and female juveniles. There will be approximately 65,000 UAC in total: 25% local ground transport, 25% via ICE charter and 50% via commercial air. Escort services include, but are not limited to, assisting with: transferring physical custody of UAC from DHS to Health and Human Services (HHS) care via ground or air methods of transportation (charter or commercial carrier), property inventory, providing juveniles with meals, drafting reports, generating transport documents, maintaining/stocking daily supplies, providing and issuing clothing as needed, coordinating with DHS and HHS staff, travel coordination, limited stationary guard services to accommodate for trip disruptions due to inclement weather, faulty equipment, or other exigent circumstances. In emergency situations, the Contractor shall be called on to provide temporary shelter locations (such as trailers) with shower facilities for juveniles who are pending placement with HHS when bed space is unavailable nationwide for extended periods of time. The Contractor shall provide temporary guard services and other support as necessary during these emergencies.

I realize that the immigration problem is not new but the current situation is clearly a contrived event. If anyone out there believes that this solicitation, and the current flood of immigrants, are simply cases of “business as usual” and an “unforeseen problem” then you also likely believe that the DHS needs billions of bullets for target practice.

Actually the latter is true but you might want to do some research on the nature of those targets because they aren’t made of paper.

Were there previous solicitations like this from DHS? Probably so, but that is not my point. The government must be held accountable for what is happening and people need to open their eyes and understand that this is part of the gameplan. More immigration means more liberal voters in the future. That is the direction that is coveted by not only the left, but also a large portion of the establishment right.

Our government knows that Americans can not, in good conscience, turn a blind eye toward these immigrant kids. We are still a nation of good people and no one wants to see children suffer. That is exactly what they were counting on. They knew how the nation would react.

But it is obvious that our federal government is, at the very least, not trying to stop this and, as I believe, manufacturing the problem to advance their agenda. We simply want to see the borders secured and the laws enforced BEFORE we talk about immigration policy reform.

Do you see what just happened here?

The Democrats created the problem so they could use it as political fuel later. Democrats don’t care about these children. They are just pawns on the 3-D Chess Board.

Nothing much ever changes in The District of Corruption.

Dean Garrison is the Publisher of D.C. Clothesline. This article may be reprinted in part or full, so long as no links are removed and full author credit is given.

No sign that George Floyd was killed because of his race
April 21st, 2021 Liberty Unyielding