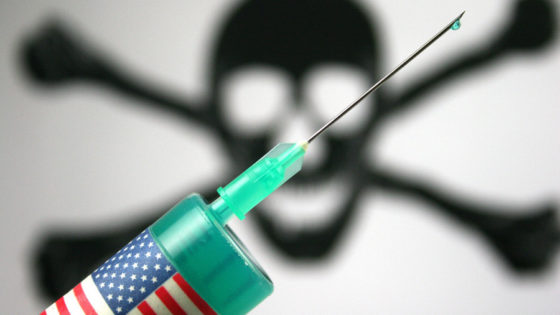 Police in Minneapolis, Minnesota, have been ordered to “never suggest or demand” that paramedics use powerful horse tranquilizers on suspects, following a report that the practice had spiked in recent years.

The new policy order comes after a report by the city’s Office of Police Conduct Review found that paramedics had used ketamine on suspects during police calls 62 times in 2017, up from just three times in 2012. In some cases, emergency personnel injected the tranquilizer into suspects who were already restrained, causing heart and breathing failure and requiring the suspects to be medically revived, reported the Minneapolis Star-Tribune.

Two local healthcare officials, Jeffrey Ho and Jon Cole, criticized the report for its “reckless use of anecdotes…to draw uninformed and incorrect conclusions.” In a statement, they argued in favor of sedation, claiming that it is sometimes necessary to avoid “allowing people to exhaust themselves to death.”

Minneapolis Police Chief Medaria Arradondo did not comment on the specifics of the report, but credited it for helping his department clarify how it should interact with paramedics. Minneapolis police previously had no policy on administering ketamine.

Ketamine is an anesthetic agent commonly used to sedate animals for surgery. It is also popular among recreational drug users, who snort it to achieve euphoria or amplify the effects of other drugs, such as ecstasy. Dizziness and memory loss are common side-effects of ketamine use, making it a popular choice of ‘date-rape’ drug for sexual predators.

Users who take too much ketamine can find themselves in a ‘K-hole’, a temporary state of dissociation, delirium, and loss of motor function.

In one case highlighted in the report, police and paramedics responded to a 911 call about a man suffering what appeared to be a mental breakdown. Body camera footage showed that paramedics injected the man twice with ketamine, after which he became limp and unintelligible.

“He just hit the K-hole” remarked one officer.

As the man regained consciousness, paramedics injected him again at the officer’s request. The suspect lost consciousness and stopped breathing on the way to the hospital, and was revived shortly afterwards.

While Minneapolis police have changed their policy as a result of the report, local healthcare officer Kelly Spratt told the Star Tribune that the cases highlighted in the report showed no wrongdoing by police or paramedics.

“We have reviewed the four cases mentioned in the draft report that involve use of ketamine…and have concluded that those met the protocol and were medically justified,” she said.