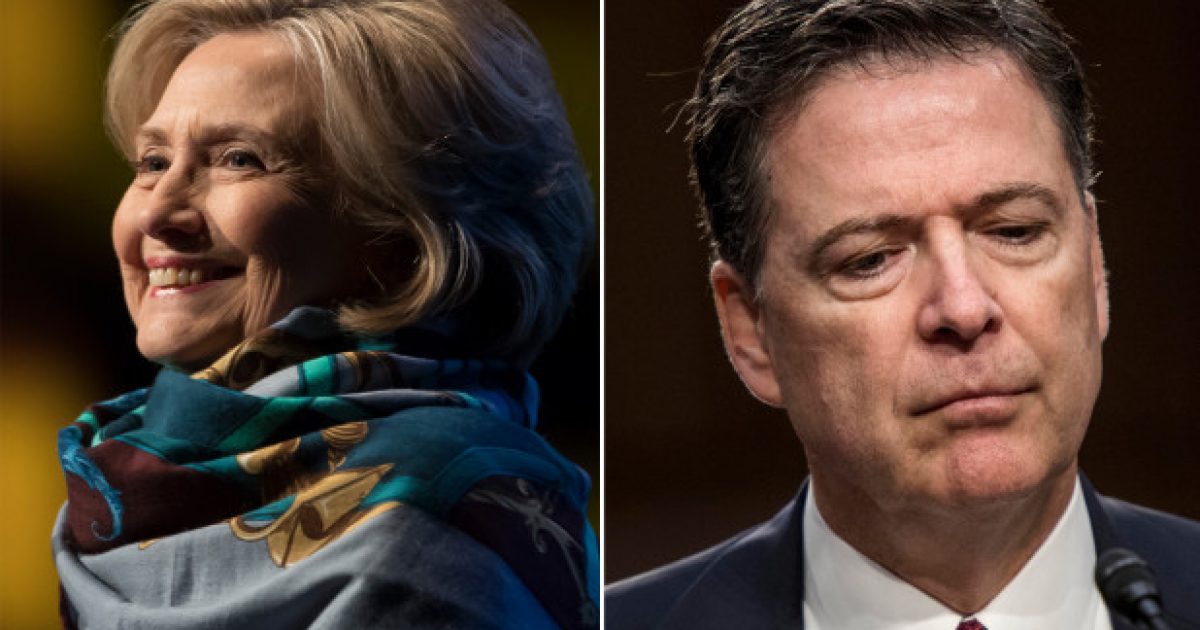 Last week Hillary Clinton took a shot at James Comey after the IG report showed his use of  a private email account for official FBI business.

Comey is not one to accept criticism from a woman he issued a “get out of jail free” card to and fired back during an interview on Tuesday.

After being asked if he was ready to apologize to Hillary Clinton, Comey replied:

No, and here’s why: again I don’t want to criticize her, but it shows me that even at this late date she doesn’t understand what the investigation in her case was about,” Comey said. “It was not about her use of personal email system, and she didn’t get that during the investigation.

That was not what it was about. It was about communicating about classified topics on that system.

Dean Garrison is the Publisher of D.C. Clothesline. You are hereby granted permission to reprint this article, in part or full, so long as internal links remain and author credit is given.