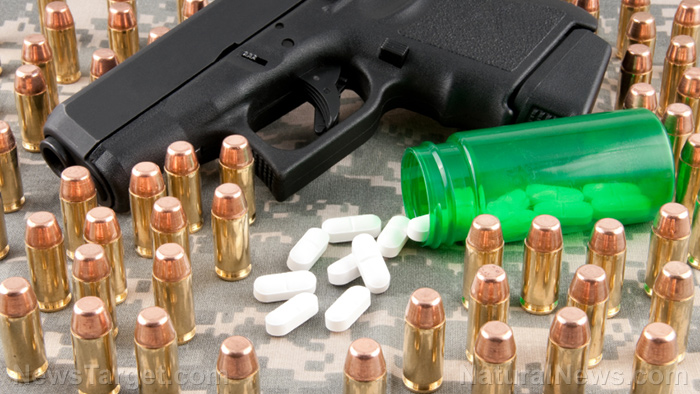 (Natural News) The American Medical Association (AMA) is a powerful organization that defines medical education and medical practice in the U.S. The organization creates policies for all physicians to follow and they can threaten a doctor’s medical license if they do not follow along. In 2018, the AMA has decided to support gun control as a public health issue.

First established in 1845, the AMA determined, most importantly, medical ethics. This includes protecting a patient’s right to informed consent before any medical treatment or procedure takes place. Today, the AMA fails to enforce its informed consent policy, allowing pediatricians to get away with vaccinating kids without providing the vaccine insert to parents. If informed consent was enforced, then parents would see the lack of safety data for vaccines. Parents would see exactly what vaccines are doing to their sons and daughters, and doctors would honor parents’ questions, concerns, and decisions not to vaccinate.

Over the years, the AMA established rules for what constitutes a medical education. AMA policy makers soon dictated what medicine was, establishing chemical interventions as the only model of “evidence-based” medicine. The AMA has a dark history of suppressing effective herbal medicine, chiropractic care, homeopathy, cancer cures, and alternative therapies for healing. It’s not surprising that the AMA is all in for the current CDC vaccine schedule, advocating dozens of vaccine doses for children, even though reports of vaccine damage continue to pour in to the VAERS reporting system. (Related: More children harmed by vaccines than from gunshots, government statistics reveal.)

If public health continues to decline due to the AMA’s inane vaccine policies, why would anyone trust that they know what they are talking about when it comes to curbing gun violence? Even worse, why would the AMA spend resources instructing doctors to push for gun control policies, when children’s brains are being altered by the psychiatric drugs that the AMA pushes?

Many physicians aren’t going to follow suit with this insidious gun control agenda, because many doctors are gun owners too, and they want to respect the privacy of their patients. Many physicians aren’t going to be a police state enforcer, turning in their patients because they own a scary-looking rifle or a 14 round “high capacity” magazine. Physicians should be smart enough to know that “assault” is an action, not an object. Naming a class of firearms as “assault weapons” doesn’t make these objects more dangerous.

Notwithstanding, there will still be those doctors who bow down to the AMA and become snitches for the Marxist gun control agenda. Claiming that they are “improving public health” by removing firearms from the streets, these lackey doctors will do the “heroic” work of turning in their “high risk” patients who own firearms. All the while, these doctors will prescribe psychiatric drugs that provably cause violent behavior and suicide. Then they will turn around and inject children with brain-damaging aluminum and pump them full of antibiotics which cause gut dysbiosis and ultimately changes brain chemicals.

AMA President Dr. David O. Barbe spoke to association members at a recent meeting, decrying that physicians “must not back down from addressing gun violence.” Among their policies for “addressing gun violence,” the AMA calls for ensuring that schools remain “gun free zones” with no actionable plan to protect students from attacks. Not surprisingly, the AMA is also opposed to conceal and carry reciprocity, where private, well trained individuals carry concealed handguns for personal and public protection.

The AMA also supports gun confiscation through gun buy-back programs and wants physicians to identify “high risk” individuals, so these individuals can be barred from owning a firearm or have their guns taken away immediately. Crime prevention sounds noble, but one physician’s definition of “high risk” will differ from another’s. Individuals who have not committed a crime could be declared “high risk” by a paranoid, gun-illiterate physician. The doctor could have the individual’s guns confiscated by law enforcement, without due process of law and all based on his biased suspicion. Which beliefs and attitudes make a person “high risk?” Are doctors who push pills even capable of making that judgment?

Dr. Barbe believes that “high capacity” magazines, which are defined as having more than 10 rounds of ammunition, are part of the problem. The AMA also calls on Congress to ban “assault-style” rifles, such as the Armalite-15. According to Dr. Barbe, only government officials and military service people are allowed to possess magazines with more than ten rounds. Only authority can carry rifles that can be fired semi-automatically.

Why won’t the AMA focus on the real triggers that lead to violence?

“Every day, physicians are treating suicide victims, victims of domestic partner violence, and men and women simply in the wrong place at the wrong time,” Barbe said. “It doesn’t have to be this way, and we urge lawmakers to act.”

While Dr. Barbe seems well-intentioned, targeting the tool and the innocent owner is no way to reduce violence. Just because suicide and domestic violence incidences are going up, doesn’t mean we should start blaming an inanimate object and an innocent population that abides by the law. If Dr. Barbe really cared, the AMA would investigate what actually triggers people to commit violence against themselves and others. The AMA should be focusing on the issues of the human heart and the circumstances that lead people to commit acts of violence. Blaming law abiding people (who can help protect against violence) is no way to address the problem. The AMA should investigate the brain damage that occurs after vaccination, following aluminum uptake into the brain. The AMA should investigate gut dysbiosis, a modern day health problem that triggers changes in the human brain. The AMA should investigate their own blind support for psychiatric medications, which have a track record of exacerbating violent or erratic behavior in certain people. (Additional reading: Every mass shooting over last twenty years has one thing in common and it isn’t guns.)