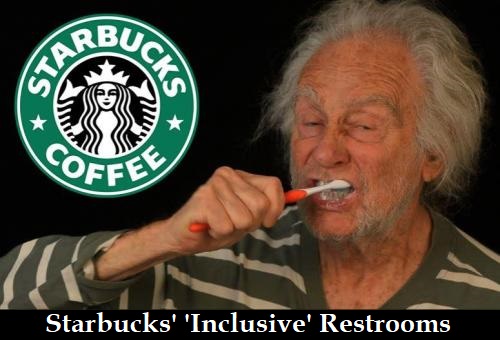 The cafe chain said Tuesday it expects comparable sales to rise just 1 percent globally for the current quarter—the worst performance in about nine years. That’s well below the 2.9 percent analysts were expecting, according to Consensus Metrix. – Source BLOOMBERG

Starbucks is closing 150 stores due to slowing sales.

Obviously Starbucks’ political stances & national controversies have nothing to do with slowing sales. After all, people don’t really carry through with those crazy boycott threats, do they?

Bloomberg is reporting that Starbucks plans to close 150 U.S. based stores starting in 2019:

The coffee behemoth is retrenching in its home market as it contends with sales growth that Chief Executive Officer Kevin Johnson acknowledges isn’t fast enough. The cafe chain said Tuesday it expects comparable sales to rise just 1 percent globally for the current quarter—the worst performance in about nine years. That’s well below the 2.9 percent analysts were expecting, according to Consensus Metrix.

Starbucks also plans to close about 150 company-operated stores in densely penetrated U.S. markets next fiscal year, three times the number it historically shuts down annually. Shares slid as much as 5.1 percent in early trading on Wednesday.

“Our growth has slowed a bit,” Johnson said in an interview. “I expect better, I think our shareholders deserve better, and we’re committed to address that.”

It is important to note that non-paying customer growth is predicted to rise, because of new policies and precedents.

Minorities are encouraged to stop in at their local Starbucks to claim a free cup of “reparations coffee” NOW, before local stores shut down.

And let’s not forget the homeless camps, full of meth heads, that are sure to spring up across America, thanks to Starbucks’ new open toilet policy.

If it turns out that the two black men who were arrested were targeted simply for being black, then this is definitely an issue that Schultz should address. But changing the company’s policies to allow anyone, including homeless people, junkies, and others, to use all Starbucks stores as shelter without requiring them to purchase anything, is just about the worst business move that Schultz could make.

It won’t be long before every Starbucks store – and especially those located in urban areas with large homeless populations – becomes an indoor “tent city,” filled with every type of degenerate who has nowhere else to go. And as these non-customers take up all the tables in the stores, actual paying customers will be driven away in droves, eventually putting the company out of business.

This is what happens when corporate America starts to put politics before profits, and if I owned any Starbucks’ stock I would be selling now.

However, I haven’t been to Starbucks since that Transgender started spiking conservative drinks with estrogen. No thanks.

Folgers is just fine with me. It puts hair on my chest.

Dean Garrison is the Publisher of D.C. Clothesline. Permission is granted to reprint, in part or full, so long as source links remain and author credit is given.