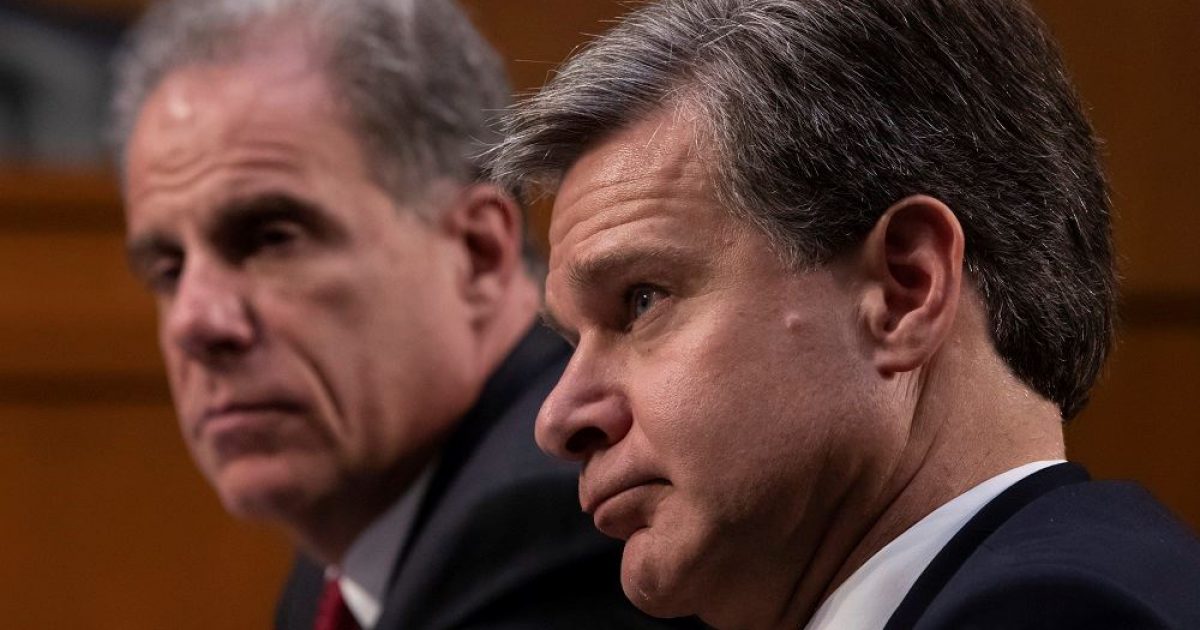 DOJ Inspector General Michael Horowitz concluded in his report that, although many FBI officials involved in the Hillary Clinton email investigation harbored intense anti-Trump bias, he found no “evidence” that it affected their key decisions in the case. The abundant circumstantial evidence cited in the report as well as his testimony before Congress this week, point to the opposite conclusion.

Why would top-level officials engage in such obvious corruption? National Review’s Victor Davis Hansen correctly attributes these abuses of power to one common denominator. They believed that Hillary would win the presidency and “would reward them for going to extremes to help her.” At the time, chances of a Hillary win were over 90%. And had Hillary won, none of their questionable/illegal behavior would matter.

As Sen. Lindsay Graham (R-SC) brought up one incident after another of unethical, improper behavior on the part of FBI officials during Monday’s hearing, he asked the IG, “How did you feel about that?” Horowitz continually responded with, “We were very concerned.” Finally, Graham said, “Eventually ‘very concerned’ gets to be ‘enough already.’” Graham then asked Horowitz to reconsider his conclusion that FBI official bias had no effect on their key decisions.

Following are highlights from both the IG’s testimony before Congress and the report itself that lead us to believe FBI officials tampered with documents, withheld Information and failed to collect evidence that might prove damaging to Hillary.

When the IG’s internal forensics team was unable to retrieve it, they turned to special FBI software, a private contractor, and finally the Department of Defense. The text was ultimately extracted from a separate database inside the phone that, whomever had initially tried to delete the message, had no knowledge of.

Judging from the difficulty the IG’s team had in recovering Peter Strzok’s now infamous text, we have to wonder how much other evidence the FBI officials either tampered with or withheld from the IG.

As Rep. Mark Meadows (R-NC) questioned Horowitz on Tuesday during his testimony before the House Judiciary and Oversight Committees said, “There is growing evidencethat 302s were edited and changed. Those 302s, it is suggested that they were changed to either prosecute or not prosecute individuals. And that is very troubling.”

Horowitz said he had “additional information suggesting that the witness reports were changed after-the-fact in both the Clinton and Russia probes.” He said his team is currently “reviewing information concerning modified 302s.”

Horowitz would not confirm their identities. “The FBI has declined to publicly reveal (this information), citing the supposed sensitivity of their counterintelligence matters.”

That justification may have been a sham. They don’t work in counterintelligence. If that’s the reason the FBI is giving, they’re giving you false information, because they work for the [FBI] general counsel.

Tom Rogan of the Washington Examiner, says, “Put another way, the agents thought that they might find so much classified information on unauthorized servers and systems that they would become lost in the maze.”

IG Michael Horowitz questioned why FBI officials did not try to find some “middle ground” in his remarks on page 153 of the IG report:

…[This excuse] fails to acknowledge that the team was not required to take an all-or-nothing approach. For example, a middle ground existed where those devices belonging to Clinton’s three top aides – which the team determined accounted for approximately 68 percent of Clinton’s email exchanges – would have been reviewed, but devices belonging to other State Department employees would not.

From my perspective, by failing to investigate material held on the personal devices belonging to Clinton’s senior leadership team and senior aides, the FBI failed in their duty to fully pursue realistic and feasible avenues of profitable investigation. Yes, it would have been utterly unfeasible to go through the devices of even senior-mid-ranking State Department officials. The bureau is rightly regarded as the world’s finest law enforcement service, but it beggars belief that the case agents didn’t even do a cursory search of those devices belonging to Clinton’s inner circle.

The FBI has investigative tools to allow for a speedy download and keyword/form specific investigation of emails from a server. That basic step would perhaps have added a few days work to the investigation, but it may also have produced physical evidence to indicate prima facie criminal mishandling of classified material.

I suspect that many police officers around the world would be shocked by this failure. As will the intelligence services of China, Russia, France, and Israel who, based on their traditional espionage tradecraft and targeting, likely focused on Clinton’s inner circle as a possible gold mine.

If the FBI found evidence of wrongdoing on any of those devices, which was a pretty sure bet; they would have had to file charges and just could not take that chance. They wanted to bring their investigation to a speedy conclusion without any unnecessary or damaging detours along the way so they could focus their guns on then-candidate Donald Trump.

It is highly likely that FBI officials have hidden and/or provided false information to investigators. Certainly, the three aspects of a crime are present. Their motives are obvious. Because they had possession and/or access to the documents and knew how to edit them (in most cases), they had the means and the opportunity as well. Under the circumstances, and given the growing evidence that points to it, it is not a stretch to believe these officials would act in their own self-interest.