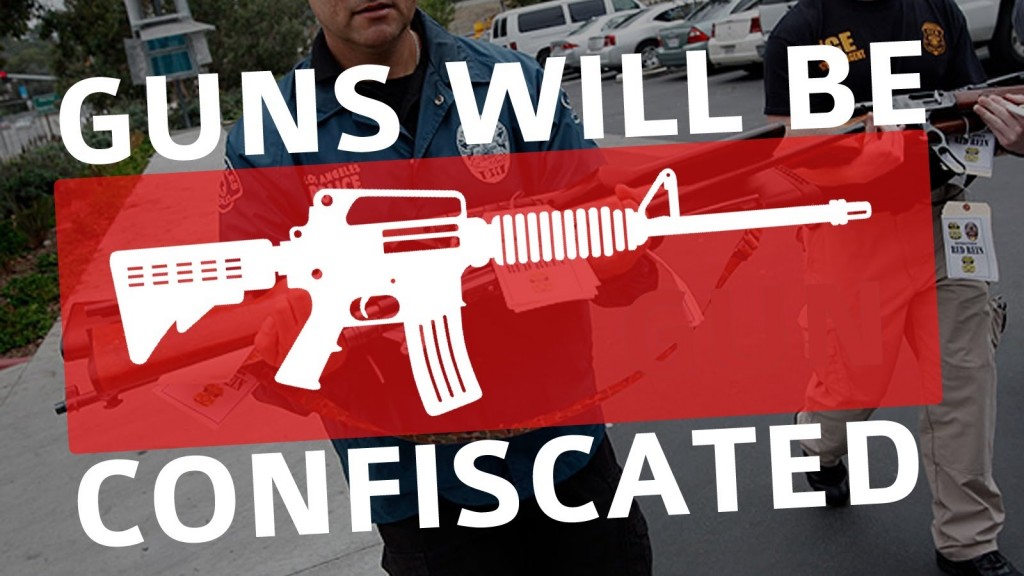 “We’re bending the law as far as we can to ban an entirely new class of guns.” –Rahm Emmanuel, President Obama’s former Chief of Staff and a senior advisor to President Bill Clinton

Recently, I had seen a video of a police officer talking of the unlawful and unconstitutional actions of a city board in Deerfield, Illinois who is attempting to legitimize gun forfeiture and/or confiscation. Of course, it comes in the guise of law, has the color of law, yet it is not law.

Because it runs antithetical to American constitutional law, which is undermining the very laws in which they are to uphold and to enforce, which in short makes it “null and void!”

Who gave delegated authority to the city board of Deerfield to tear down the very laws in which they have sworn to uphold?

Delegation of authority comes from “We the people,” not the elected representatives of the people.

“Governments are instituted among Men, deriving their just powers from the consent of the governed… -Declaration of Independence

President Thomas Jefferson said, “Whensoever the general government assumes undelegated powers, its acts are unauthoritative, void, and of no force.”

“No free man shall ever be debarred the use of arms.” – Thomas Jefferson, Virginia Constitution, Draft 1, 1776

“A well regulated militia being necessary to the security of a free state, The right to keep and arms shall not be infringed.”  2nd Amendment of the Bill of Rights.

This police officer went on to tell the American people that his partners in the police force were not, and will not, go door to door to enforce a violation of the 2nd Amendment.

Americans must remember that they have God-given rights (to do that which is right 2 Corinthians 3:17), not privileges from the people that work for them. After all, free people don’t ask for permission to do what already belongs to them.

He continued to share that if they were to enforce this unlawful and unconstitutional order to go door to door that they are no longer law enforcement agencies, but rather have become agents of the state.

This is why it is important to learn from the Nuremberg trials, in which a majority of the war criminals were found guilty of obeying a tyrant named Adolph Hitler rather than upholding the German Constitution which they swore to uphold. If they were obeying their country’s constitution, they would have lawfully dealt with the tyrant rather than violating its own innocent, law-abiding citizenry.

Apparently, the city council in Deerfield, Illinois are hoping that Americans forget the history of anti-gun tyrants.

Furthermore, for those who would go door to door to illegally confiscate guns from law-abiding gun owners would be violating the Fourth Amendment, which protects citizens from unlawful searches and seizures.

And do not forget about the 14 Amendment.

Now, we know that it has not gone this far yet.  I said “yet” because it can all be avoided.

Americans must come to the realization that either you lawfully remove corrupt anti-American politicians, or you will, at length, be disarmed.

In Denver, after the city banned bump stocks, which was approved by city council, not one was turned in.

In Columbus, a city-wide bump stock ban went into effect. They were so kind as to suggest even coming to your home and picking them up for you. Not one was turned in.

The people in this country are being pushed and assaulted on a daily basis, and this is the response tyranny is getting! (Romans 12:21)