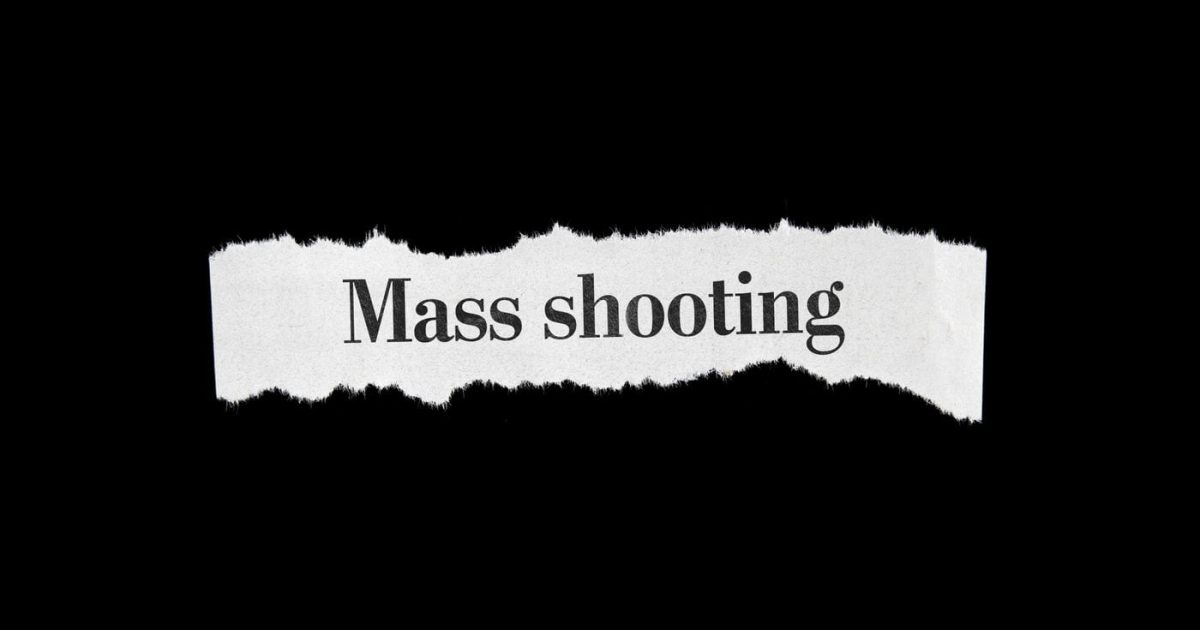 It’s interesting how the media picks and chooses which stories they will cover and which they won’t.  However, many people probably never even heard of the mass shooting that took place in New Jersey on Sunday evening in which at least 22 people were injured.  However, the question I pose is, why have they not heard about it?

Nearly 1,000 people were attending the Arts All Night festival in Trenton, New Jersey when the shooting began around 2:45 am, but it wasn’t your typical mainstream media mass shooting.

The shootings the media wants to pick up on normally involve the use of an AR-15 or similar style rifle that they can claim is an “assault weapon” or “weapon of war.”

Reuters reports that the shooting occurred after a rival gang dispute.

Wells was shot and killed by police and Armstrong was taken into custody.

According to a local NBC affiliate, both men were not armed with semi-automatic rifles, but with handguns.

New Jersey Democrat Governor Phil Murphy recently signed six gun confiscation bills and the town of Piscataway followed that up by passing an unconstitutional zoning ordinance that would effectively ban all legal retail sales of guns.

New Jersey’s kids deserve better than to live in fear of gun violence. Join me in Trenton as I sign landmark gun safety legislation: https://t.co/u29qeODzDw

Governor Murphy claimed that he was “proud” to sign the unconstitutional legislation that infringes on the rights of the people to keep and bear arms while calling it measures of safety.

The Huffington Post said that among the measures signed by Murphy, there was also a red flag “law” in the mix, which violates the Fifth Amendment rights of citizens.

Among the six bills are measures to expand gun background checks, tighten the handgun carrying permit process, reduce the legal capacity of ammunition magazines and establish a so-called red flag law, which allows people to petition for guns to be temporarily removed from individuals deemed to be dangerous.

So, why didn’t the mainstream media pick this story up?  I believe it was because it was criminals who obtained their guns illegally and because they were using handguns, not semi-automatic, scary looking rifles that they could demonize.

Very few sources even covered what took place and yet look at the number of injuries that occurred, including that of a 13-year-old boy.

Would any of these “laws” that Governor Murphy signed have prevented this shooting?  Nope, not at all.  What kept it from being worse than what it was?  Obviously another person with a gun who was willing to use it on the criminals.

Furthermore, doesn’t this just demonstrate the ineffectiveness of this kind of pretended legislation?  Words don’t stop criminals bent on violence and murder.  Armed, law-abiding citizens do.

The same kind of thing occurred in the state of Washington this week, on Sunday as well.

In that instance, a suspect of multiple carjackings who had shot at least one driver and shot into an ammunition case at a local Walmart was shot and killed by an armed citizen.

Both of these instances tell us the mainstream media will cover only what they want to cover in order to push their gun confiscation agenda, but when it comes to real heroes who demonstrate why people should be uninfringed in their ability to keep and bear arms anywhere they go, they are largely silent.