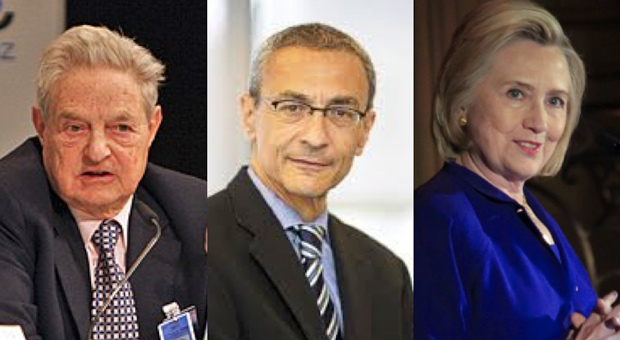 Since the Department of Justice seems reluctant or unable to do it, a former Secret Service agent is taking matters into his hands.

Former Secret Service officer Gary J. Byrne is the author of the 2016 bestseller, Crisis of Character: A White House Secret Service Officer Discloses His Firsthand Experience with Hillary, Bill, and How They Operate. Byrne concludes that from his experiences, Hillary Clinton “lacks the integrity and temperament to serve in the office” of the U.S. presidency.

On June 15, 2018, in the District of Columbia District Court, Gary Byrne filed a civil lawsuit, Byrne v. Clinton Foundation et al, Case no. 1:2018cv01422, against these individuals and organizations for RICO — racketeering and fraud. In alphabetical order, the defendants are:

RICO is the acronym for the Racketeer Influenced and Corrupt Organizations Act — a U.S. federal law that provides for extended criminal penalties and a civil cause of action for acts performed as part of an ongoing criminal organization. The RICO Act focuses specifically on racketeering — a planned or organized criminal operation — and enables the leaders of a syndicate to be tried for the crimes they ordered others to do or assisted them in doing. In so doing, RICO closes a loophole that had allowed a person who instructed someone else to, for example, murder, to be exempt from the trial because they did not actually commit the crime personally.