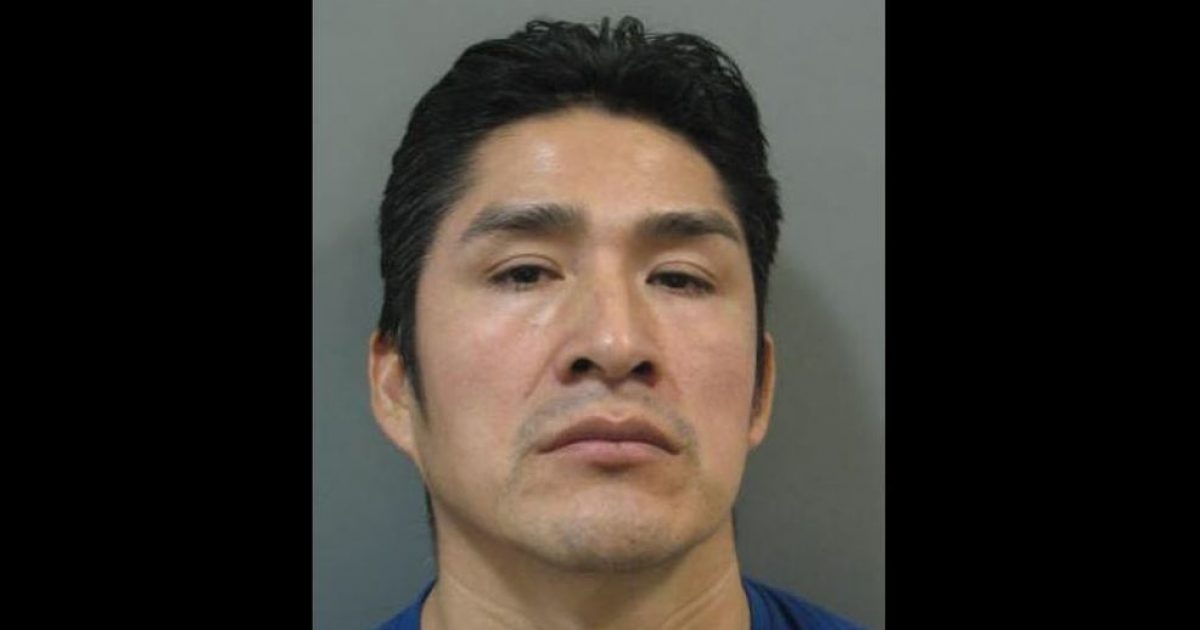 An illegal alien who resided in a Maryland sanctuary city has been arrested and charged with raping and impregnating a 13-year-old special needs girl.

According to ABC 7 WJLA, Reynaldo Mora, 41, of Bethesda, was arrested for the raping of a 13-year-old “non-verbal girl” at her house.

41yo Reynaldo Mora was victim's babysitter.

Victim communicates with "gestures and writing" + has "intellect of a first grader."

In February, the victim’s family asked Mora to babysit the special needs girl, and her two siblings, at their Kensington home. During that visit, Mora allegedly forced the victim to have sexual intercourse with him in a bedroom.

Police note the victim is only able to communicate with “gestures and writing” and has the “intellect of a first grader.”

In mid-April, the victim took an in-home pregnancy test, which came back positive. Her aunt brought her to Adventist HealthCare Shady Grove Medical Center in Rockville for further testing. Medical staff confirmed she was 11-weeks pregnant at that time. The victim would later tell investigators that Mora was the father of the unborn child.

Mora was then arrested on April 19 and was denied bond by the judge, spending the next seven weeks at the Montgomery County Correctional Facility in Clarksburg.

His attorney filed a motion to reconsider the bond.  The attorney then claimed that his client had no prior criminal record and that he was willing to not only surrender his passport but also provide $1,000 per month in child support.

“Being detained will not allow him to work and provide for his family and will hinder him to present a proper defense,” Mora’s attorney Jose Campos wrote in the two-page legal filing. “Counsel is willing to safely keep Mr. Mora’s passport under a locked cabinet in Counsel’s office until the court no longer has this requirement.”

I’m sorry, but if you are here illegally, aren’t you already guilty of a crime?  Second, doesn’t offering to pay $1,000 a month in child support imply that you did what you are accused of doing?

One would think so, but Mora’s attorney claims the police have the wrong man.  So, why offer all of this?  If you’re not guilty of this crime, why offer up $1,000 a month for a child you did not father and ultimately plead guilty to raping a young girl?

Montgomery County Circuit Court Judge Steven Salant granted Mora a personal recognizance bond on June 1.  However, instead of walking out free, he was turned over to U.S. Immigration and Customs Enforcement (ICE) on June 6 because they had already filed a detainer.

Here’s the thing, the attorney was going to have Mora’s boss vouch for him.  This man had illegally hired Mora and he had been working up to 60 hours a week in his Mexican restaurant, which has multiple locations.

Campos argues that another man is responsible for the pregnancy and that Mora has submitted to a DNA test, which could take up to 90 days to determine paternity.

Mora’s trial is scheduled for three days and he is facing up to 60 years in prison.

Now, the question must be asked, if Mora is actually found guilty, will his boss also be held responsible for aiding and abetting him as an illegal alien?  The law seems pretty clear on the matter.

knowing that a person is an alien, brings to or attempts to bring to the United States in any manner whatsoever such person at a place other than a designated port of entry or place other than as designated by the Commissioner, regardless of whether such alien has received prior official authorization to come to, enter, or reside in the United States and regardless of any future official action which may be taken with respect to such alien;