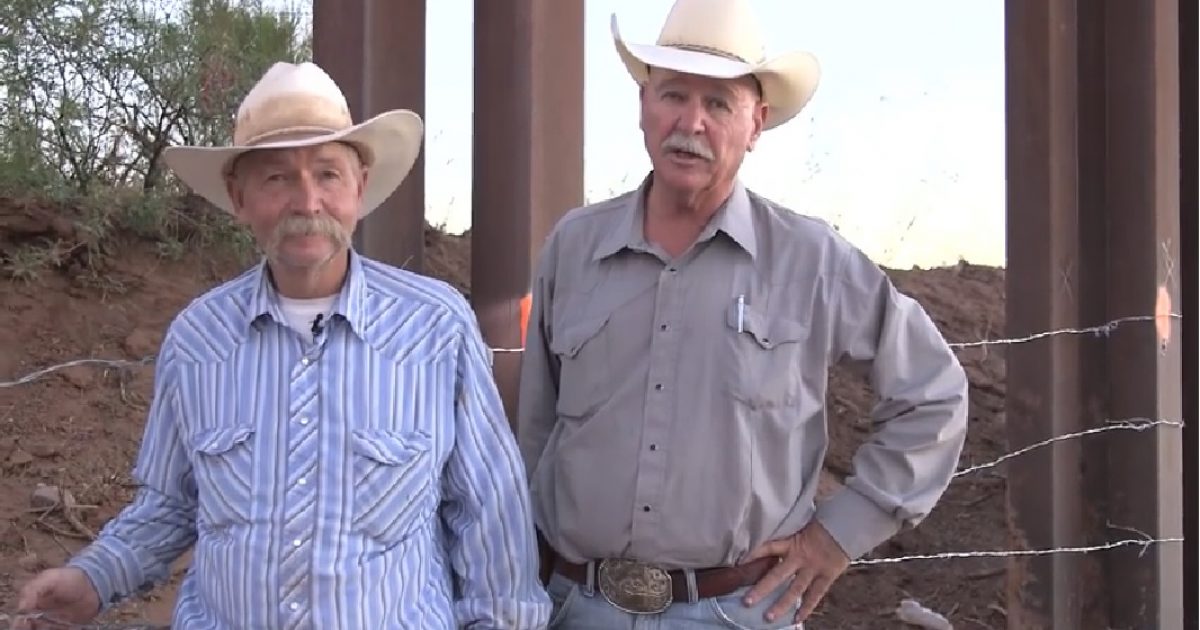 Arizona ranchers have issued a cordial invitation to House Minority Leader Nancy Pelosi (D-) to come down to the Arizona border and “see where the dope and the bad guys are coming in.”

In a short video presentation, John Ladd, Fred Davis, and Chris Burgard point out how insecure the southern border is, and offer Ms. Pelosi a very hospitable invitation to come down and view it for herself.

“She went to Texas to see the kids, so come here, see where the dope and the bad guys are coming through the border,” said rancher John Ladd.

“Arizona is insecure,” added rancher Fred Davis.  “Half of the drugs, half of the people are smuggled in the Tucson sector.  Come see why your $2 million a mile fence is trash.”

The ranchers said they would send a plane for Pelosi and even put her up at their house.

Chris Burgard added, “We’ve been doing this for over nine years.  Anybody that tells you this southern border is secure, is full of crap.”

The men are seen standing in areas of fencing along the edge of their property that is held together with barb wire only a few feet off the ground.

However, this was not the first time the men spoke out and while they find it refreshing to hear some of President Donald Trump’s statements, they are not sure that a wall will solve the problem.  In their opinion, it works similar to criminals obtaining guns.  In other words, you can put up all the deterrents you want, but someone intent on violating the law will find a way to do it.

Take a look at this short video from The Wall Street Journal, which interviewed these ranchers and others.

One woman said that many people think there’s a great wall on the southern border, but she said that even the Great Wall of China isn’t going to stop the influx of illegal aliens.  Watch the video to find out why that is.