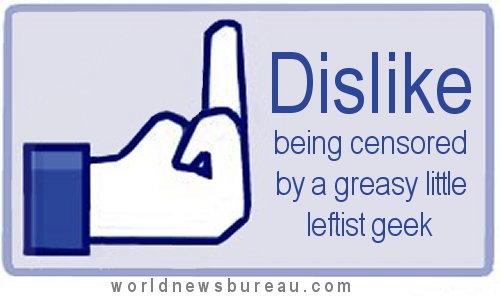 We must get back to the basics.

The last 2 years have been a struggle for conservatives online.

What an understatement. The last 2 years have been utter hell for conservatives online. The years before were not good and it has become progressively worse since Trump’s election.

It is nearly impossible for conservatives to get the word out through a leftist-controlled internet, for example. Little to nothing goes viral anymore. Take a look at what has happened to my site, D.C. Clothesline, in recent years. These numbers represent page views: 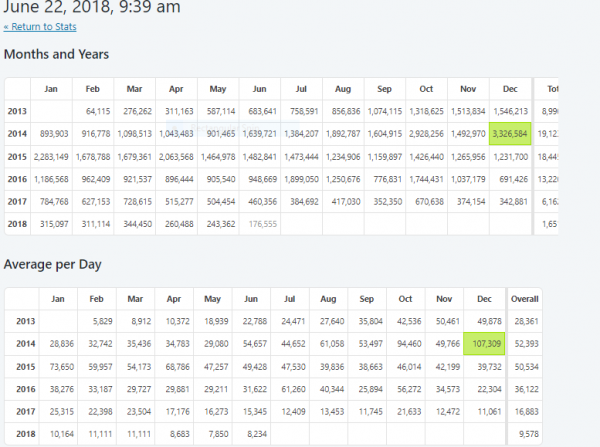 In late 2014 we had our best month, averaging over 107,000 page views per day. Then the censorship started in earnest. Last month that number failed to reach 8,000 per day.

Conservatism is in trouble online. We are losing.

Several sites that were once booming, like my own, are now dead and gone. The site owners could not earn enough money to keep their sites alive. They had to throw in the towel.

I refuse to do that, until there is no other alternative. I will still be fighting win or lose. But we have been losing for some time, and it’s a game we can not afford to lose. If America loses this culture war, then everything good about this country dies. There is no choice but to keep fighting even though the outlook is bleak. Wouldn’t you agree?

Social media blocks us. Search engines de-list us. Email providers send us to the spam folder. Sponsors are leaving in droves. The leftist-controlled press has labeled us as “fake news” and some people believe them. But even those that do not, have a hard time finding our content. To our supporters we have become “non-existent news.”

Yet, in spite of conservative media being thoroughly censored online, myself and many of my associates have continued doing all the same things that fail to work… posting on social media, trying to get a foothold into new social networks (psst… none of these will ever compete with Facebook’s money), sending emails, advertising, signing up for class action suits that go nowhere, etc.

What’s the definition of insanity? Excuse me for a moment while I go run head first into this brick wall.

So Does Anyone Have a Plan?

I do. It may not be a magic bullet but it will work. I am planning to go back to the old ways and use paper and ink to get the word out. I’m planning an eventual escape from the online world and will be going back to the basics.

In the past I owned a highly successful direct mail house. We did publish a magazine for a short time, but most of the 1,000,000 or so pieces of mail that left my office each month were mail order solicitations. I sold Cajun foods. I had a magazine for small businesses that was a hobby. Circulation was just 1000 monthly. But I did gain valuable experience and know how traditional publishing is done.

I have experience and expertise in dealing with the U.S. mail, and after 2 years of banging my head into that same brick wall, I have decided that my best course of action is to fight the leftists where they can not censor me. It will take some time to get there, because fighting the online liberal media has depleted my funds.

It’s hard to keep my website afloat each month, but I have to do it. This is not a business to me. It’s a holy war. Does that sound overly dramatic? Well that’s exactly what it is my friend. This is a battle for the soul of the American people and I feel like I can best serve by taking the lead on another front.

That is the goal. I’ll eventually start putting the word in people’s mailboxes.

Through the years I learned how to use the same “word-of-mouth” strategies that once made my online articles go viral. A successful direct mail campaign works on the same principles and, in my estimation, there is currently no better avenue to start taking the narrative back. Remember chain letters? Where do you think these online marketing principles came from? Many years ago it was discovered that people were eager to share what interested them most.

Though chain letters are dead and gone (mostly because of the financial scams), modern day direct mail strategies exist that get the same effect. And I will use those proven strategies to make sure the conservative message becomes loud and proud again.

D.C. Clothesline will remain for now and a sister site, www.dcdirtylaundry.com, is under construction. The direct mail transition is some time away (at least a year or two) because machines that put out 50,000 pieces of mail a day are very expensive. I have to build up to that. My family is financially ruined at this point from online censorship. It will take some time to recover and thrive again. But it must be done and it will be done.

“What is the point to all of this? I hate waiting to get my news. Why can’t you just beat these guys online?”

Everything in life is about momentum. And I have decided that the momentum against me is so overwhelming that I am unlikely to beat it in an online environment. Others may feel differently. I suppose the point is that conservatives need to start thinking outside the box. I might be able to serve better by moving to direct mail. Others may have better ideas. We all have talents and skills and we must use them to defeat the false narrative that has overtaken America.

I know snail mail isn’t as sexy as instant information. But, if done correctly, by focusing more on fully developing all angles of a story, it will go and it will go big. The content simply has to be worth the wait. If that happens then the truth will go viral again.

If you want to help towards expediting our planned expansion, you can donate at the link below. Anything helps. If you are not in position to do so, please keep spreading the word and do not give up.

A new day is coming. Never give up. Failure is not an option this time. God, Family, Country. All three are under attack. How will you respond?