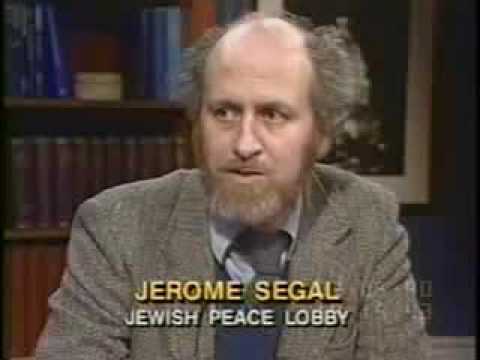 Jerome Segal, 74, is a Democratic primary candidate for the U.S. Senate in Maryland.

Segal begins the ad by identifying himself as a socialist. He then asks his potential voters a series of bizarre, politics-unrelated, non sequitur questions on pedophilia and bestiality:

“Did you ever stare at a picture of a naked child? Full frontal? Did it bring about emotions, ones that might have surprised you?”

“Did you ever watch a video of a three-way, between two men, one white and one black, and a big dog? One a big fellow and another kind [sic] slender? And did you feel strange emotions? Does it come readily back to your mind?”

“Did you ever find yourself in close proximity to someone very different, someone you might never want to be seen with, someone whose raw physical needs were right there on the surface? Did it both make you want to run away and make you want to reach out your hand?”

He then assures the reader that those pedophile and bestiality feelings are completely natural:

“Don’t worry. These reactions sometimes happen to all of us. It doesn’t mean you are a socialist. Whew.”

The rest of his long rambling campaign ad is about socialism and capitalism.

He ends the ad with this:

“My name is Jerome Segal. I’m a socialist and proud. I’m happy to be part of the LGBTQ&S community, and you should fess up, and be proud as well.”

Here’s a screen shot of the ad:

According to Wikipedia, Jerome Segal is “an American philosopher and political activist in Silver Spring, Maryland,” a former aide to aide to Congressman Donald M. Fraser, “a research scholar at the University of Maryland and the president of the Jewish Peace Lobby.”