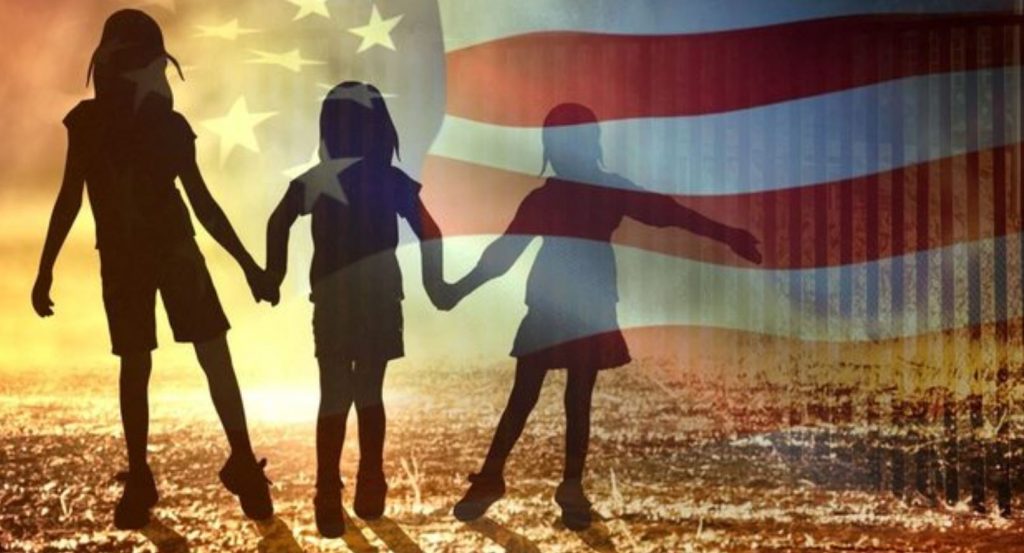 In response to the backlash from the Trump administration imprisoning children in internment camps, Trump has ordered the Pentagon to make preparations to house approximately 20,000 children and their families on its military bases. Perhaps one of the dumbest ideas considering the age-old tales of the Presidio Daycare military base case, Fort Meade and DynCorp’s consistent little boy prostitute scandals over the years that has been exposed by former U.S. Congresswoman Cynthia McKinney and WikiLeaks.

According to the Washington Post, the arrangement would involve housing children on military bases for at least six months, until the end of 2018.

This follows President Donald Trump’s executive order directing federal agencies to prepare detention facilities to house families together in a bid to end the forcible separation of immigrant families and child internment camps, Pentagon officials agreed to determine whether military bases in Arkansas and Texas could house families incarcerated with their unaccompanied minors.

The deal is between the Pentagon and the U.S. Department of Health and Human Services (HHS), which oversees care and supervision of unaccompanied children who migrate to the United States through the southern border. This follows reports that Defense Secretary James Mattis will send more than 20 military attorneys to border states to assist prosecuting further “illegal immigrants” in the U.S.

I served on active duty as a JAG. The @realDonaldTrump policy of having JAGs prosecute immigration cases is STUPID.

Yes you read that right, U.S. president Donald Trump, through Jeff Sessions, has gone from enacting a policy to imprison the kids in internment camps to wanting to put the families together on a military base; the parents locked up for breaking the law and entering the country “illegally” and the kids unaccompanied on the base. This begs the question, what could possibly go wrong?

DynCorp a military contractor accused of a long history of slavery, which was even mentioned in Hillary’s emails, saw its employees do much of their abuse on military bases, if not all of it.

Further information on DynCorp’s trafficking of children can be found from a whistleblower, Kathryn Bolkovac – a human rights investigator who saw UN officials, military and State Department officials
involved in human trafficking in Bosnia. Her story was then turned into a Hollywood movie called The Whistleblower.’

Some fun facts on the Presidio San Francisco Daycare case that are basically smoking guns that abuse took place are the following.

A teacher at Presidio, Gary Hambright, accused of molesting ten children in the case, once said in court: “Why are you only going after me?” (Insisting that there were more people involved.)

During the case at least 4 of the children on the military base who reported abuse were found to have chlamydia, a sexually transmitted disease, The New York Times reported. Hambright did not have chlamydia, but he later died of AIDS in 1989.

Despite this, only Hambright was arrested and was charged with molesting just the one boy — charges that were dismissed as the judge refused to allow the children’s testimony, and the Army investigator had apparently botched the investigation.

None of the children from the Presidio Child Development Center (CDC) tested positive for AIDS. Thirty years later, none of the victims have ever come forward to tell their stories as adults.

Presidio was being investigated by former suspected murdered citizen journalist Max Spiers who was filmed just four days before his suspicious death vomiting “black liquid” after talking about his investigation into Presidio.

Fifteen other Army child care centers and elementary schools had reports that were incredibly and horribly similar to what the children described at Presidio.

I would like to share this quote from the San Jose Mercury News which first exposed Presidio in order to show how widespread this problem is:

The most important exposés into the Presidio case were written by Linda Goldston of the San Jose Mercury News in an article entitled  “Abuse Case at Presidio Quietly Closed By U.S.”

The Satanic cult Temple of Set and its founder Michael Aquino were named in the abuse scandal in the ’80s at Presidio in San Francisco, Express.co.uk reported.

Franklin Cover-up victim Paul Bonacci alleged that Aquino was running Project Monarch and involved in satanic sacrifice as well as Presidio. Bonacci further alleged that Aquino was running the Rocking X group heavily involved in the Franklin Cover-up and alleged to be responsible for the kidnapping of Johnny Gosch, a Nebraska boy who went missing after a paper route.

It was further reported in a separate case in November 2013 that the FBI was investigating allegations of child sexual abuse at Fort Meade, Md., involving a civilian employee. That unnamed employee had worked for the Army for five to seven years and previously held positions at the Child Development Center (CDC) and youth center at Fort Meade.

So, while not on the same scale as a large ring, all it takes is one sick individual to abuse a child — putting them on a military base without an accompanying trusted adult makes abuse far more likely to happen.

Now Trump wants to allow 20,000 children on military bases, in essence making it easier for predators in the U.S. military to get their hands on children without their parents? What could possibly go wrong? ¡Ay, caramba!