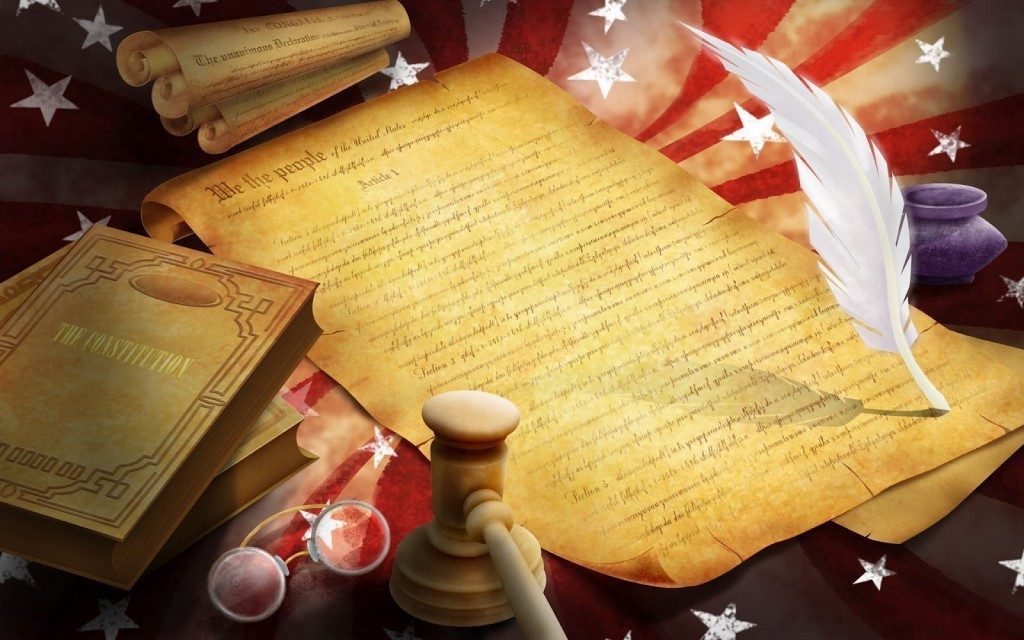 As the immigration debate continues to rage in America, the application of the Constitution-Free Zone that extends 100 miles inland around the borders of the U.S. is spreading its application into what is blatantly being referred to as “citizenship checkpoints.”

This type of “fishing expedition” flies directly in the face of the 4th Amendment which guarantees that “The right of the people to be secure in their persons, houses, papers, and effects, against unreasonable searches and seizures, shall not be violated, and no Warrants shall issue, but upon probable cause, supported by Oath of affirmation, and particularly describing the place to be searched, and the persons or things to be seized.”

Nevertheless, Border Patrol appears to be implementing even greater latitude that it has been given to operate with little oversight. In just the last few days, I’ve reported on bus searches and detentionstaking place coast to coast and north to south, creating a PR problem as well as a civil liberties crisis for companies like Greyhound Lines, Inc. that carries an estimated 18 million passengers per year. Public transportation is being treated by Border Patrol as some sort of loophole, as they perceive it to be a way for the undocumented to travel under the radar throughout the United States.

Well, they certainly aren’t limiting themselves to becoming ever-present on public transportation. A new report coming out of Maine covers a stretch of I-95 at 80 miles from the border that was brought to a halt for more than 10 hours as Border Patrol demanded that all drivers declare their citizenship status.  A second report from New Hampshire claims a three-day shutdown of normal traffic.

Border Patrol agents closed off all southbound lanes of Interstate 95 north of Bangor, Me., stopping drivers, searching outside their cars with drug-sniffing dogs and refusing to let them pass until they disclosed their citizenship. At least one encounter was captured on cellphone video.

“Good afternoon, ma’am, U.S. Border Patrol immigration inspection,” an officer told two reporters with the Bangor Daily News who had heard about the checkpoint, about 80 miles from the Canadian border, and decided to drive to it and record their interaction. “What country are you a citizen of?”

This alone is an absolutely egregious constitutional violation of the assumption of innocence upon which the country was founded. The refusal to permit interstate travel without being subjected to a federal force is just an extra measure of tyranny layered on top.

If one needs more proof that these checkpoints are fishing expeditions, a Border agent states it quite clearly:

“It’s just a random checkpoint. It’s within 100 miles of the border,” the agent said. “We just occasionally set them up to see what we can catch.”

The agent added that the officers look for signs that include how people answer their questions and if they speak with an accent. He argued the stops were fair and free of potential bias because every person who passed through the checkpoint was asked the same question.

Last time I checked, many of my friends and acquaintances are perfectly legal citizens and long-term legal residents who speak with accents. It’s the melting pot that the U.S. is quite known for and, up until now apparently, has been widely respected for. The ACLU of Maine weighed in with similar sentiments of outrage.

Emma E. Bond, a staff attorney at the American Civil Liberties Union of Maine, said she found it troubling that the Border Patrol agent in the Maine video mentioned that officers take note of a person’s accent.

“The Fourth Amendment requires explicit, neutral limitations on the conduct of individual officers,” Ms. Bond said Friday. “Yet here, the Border Patrol officer in the video claimed that ‘it’s the agent’s determination’ whether to detain people and that suspicion could be based on ‘accent, could be anything.’”

It is slowly beginning to dawn on people that when you restrict the freedoms of certain groups, that arbitrary system of oppression eventually boomerangs back upon you. I cite world history as irrefutable evidence. For anyone still unfamiliar with what is faced by the majority of U.S. citizens, please review the situation below.

As you can see in the map and video, the Constitution-Free Zone includes every major city in the U.S., putting 2/3 of the population under de facto federal rule that severely compromises the rights most people believe they entitled to as legal citizens or residents of the United States.

As also noted above, the definition of “border patrol” no longer means dealing strictly with human agents. The deployment of drones, biometrics, DNA collection, electronics searches and even social media checks are spreading as well.

I have also included below an overview by the ACLU of why the expansion of the Constitution-Free Zone is a threat to everyone. I’ve also included a video of what freedom looks like in Syracuse, New York as travelers of all types are interrogated for their citizenship status.

You can find more from Joe Wright at Activist Post, where this article first appeared.