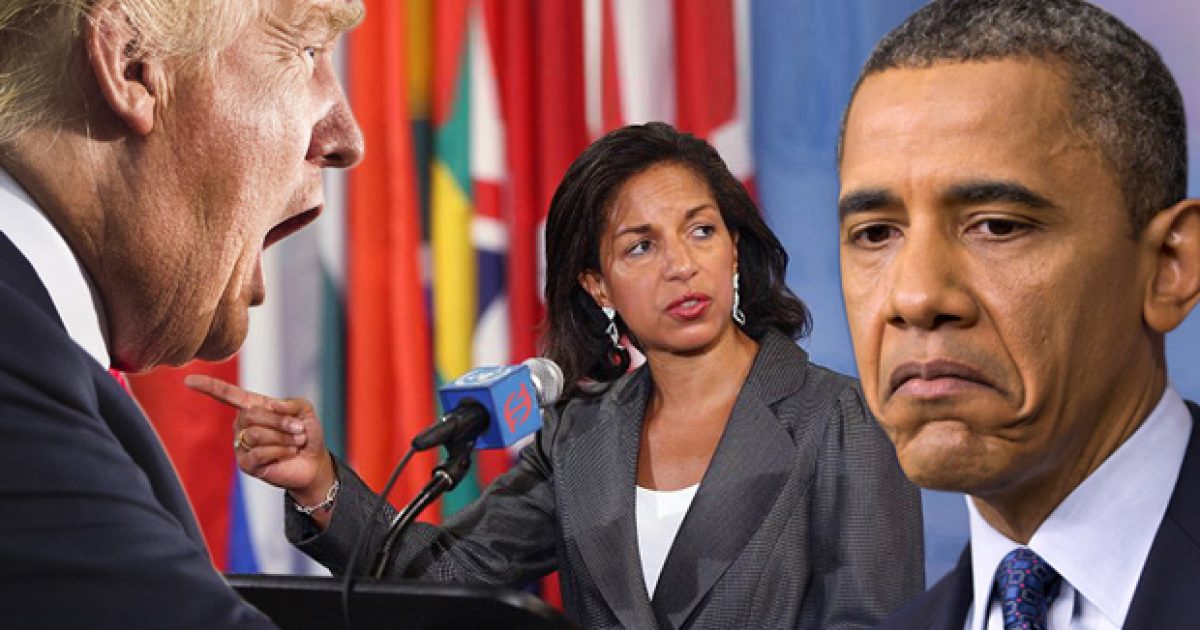 The left certainly outdid themselves last week. From activists chanting “shame, shame, shame” at DHS secretary Kirstjen Nielsen in a DC restaurant and Time Magazine’s deceitful cover, to former Sex and the City actress and current New York gubernatorial candidate Cynthia Nixon calling ICE a “terrorist organization,” liberals really went into overdrive. Were they trying to call attention away from what should have been a bigger story?

Nearly lost in the cacophony was the testimony of former Obama administration cyber security coordinator Michael Daniel before the Senate Intelligence Committee, confirming that he was told by Susan Rice to “stand down” in his efforts to thwart Russian meddling in our 2016 election.

The FBI had recently begun their counterintelligence investigation into Trump’s possible collusion with the Russians. If administration officials were so worried about Russian influence, why would they issue such an order?

Although Hillary had a significant lead in the polls at that time, they still needed to lay the groundwork for what FBI official Peter Strzok referred to as their “insurance” policy. Considered in this context, the order starts to make sense.

I want to believe the path you threw out for consideration in Andy’s office — that there’s no way he gets elected — but I’m afraid we can’t take that risk. It’s like an insurance policy in the unlikely event you die before you’re 40.

“Andy” refers to former FBI Deputy Director Andrew McCabe who denied participating in such a discussion when questioned by Inspector General Michael Horowitz (IG). Strzok claims McCabe was there.

Sen. Lindsey Graham (R-SC) wants the truth and asked the IG, as he testified before Congress last week, to “hand over” the pertinent documents, saying:

I believe it would be of grave consequence if the Deputy Director of the FBI met with the lead investigator of the Clinton Email and Russia investigations to talk about ‘an insurance policy’ against Donald Trump’s victory in the 2016 election. That would show bias and inappropriate behavior at the highest levels of the FBI.

Mr. Inspector General, that is two weeks into an investigation, and he is talking about taking out an insurance policy because he can’t fathom the target of his investigation possibly becoming the president.

Finally, Rep. Jim Jordan (R-OH) asked the IG about it.

I think a lot of regular folks would interpret that as more than just casting a cloud on what the FBI ultimately did. I mean, it’s one thing to say ‘Trump’s an idiot’; it’s another thing to say, ‘We’ve got an insurance policy.’

Journalists Michael Isikoff and David Corn co-authored a book entitled “Russian Roulette: The Inside Story of Putin’s War on America and the Election of Donald Trump

.” The book made the claim that Susan Rice, obviously acting on Obama’s behalf, issued the stand down order in August 2016, shortly after the Obama FBI had opened their investigation into possible collusion between then-candidate Donald Trump and the Russians, and at the same time Strzok was texting Page about the insurance policy. Excerpts from The Daily Caller’s report follow:

Daniel was developing strategies to respond to Russian cyber attacks on U.S. companies and political campaigns. He proposed using what’s known as denial of service (DoS) attacks to take down Russian propaganda news sites and to attack Russian intelligence agencies.

Another idea was to announce a bogus “cyber exercise” against a Eurasian country. The goal was to put the Kremlin on notice that its infrastructure could easily be targeted by the U.S.

Rice opposed the proposals, according to “Russian Roulette.”

“Don’t get ahead of us, ”she told Daniel in a meeting in August 2016, according to the book.

Daniel informed his staff of the order, much to their frustration.

“I was incredulous and in disbelief,” Daniel Prieto, who worked under Daniel, is quoted saying in “Russian Roulette.”

“Why the hell are we standing down? Michael, can you help us understand?” Prieto asked.

Daniel confirmed the exchange on Wednesday, during a round of questions from Idaho Sen. Jim Risch.

“That is an accurate rendering of the conversation at the staff meeting,” he testified.

“You were told to stand down, is that correct?” Risch, a Republican, asked Daniel.

“Those actions were put on the back burner, yes. That was not the focus of our activity during that time period,” Daniel replied.

He noted the White House cybersecurity team did continue working to respond to Russia, but with a smaller staff and a less aggressive approach.

“It’s not accurate to say that all activity ceased at that point,” he said, declining to describe the activities in an unclassified hearing.

Coincidence? Every step ever taken by the Obama administration was calculated and deliberate.

If Obama and his advisors were so concerned with Russia’s interference in our presidential election, which was well known to them long before that time, why then would they put the brakes on attempts to stop it?

This was the administration whose motto was, “Never let a good crisis go to waste.”

Did Obama and his team see an opportunity to frame Trump for colluding with the Russians? Could this have been the genesis of the “insurance policy?” Yes and yes.

By August 2016, Obama’s FBI had already applied to the FISA court once (unsuccessfully) for a warrant to surveil low-level Trump campaign advisor Carter Page. They hired Stephen Halper, a Cambridge professor “with deep ties to American and British intelligence,” to interact with Page, advisor George Papadopoulos, and Trump campaign co-chair Sam Clovis. His efforts, particularly with Papadopoulos, amounted to entrapment.

Issued national security letters to gather records, and unmasked the identities of campaign officials who were surveilled. They also repeatedly leaked investigative information.

Built a narrative of Trump-Russia collusion, a group of government officials sought to bolster Mrs. Clinton’s electoral chances and, if the unthinkable happened, obtained an insurance policy to cripple the Trump administration with accusations of illegitimacy.

Perhaps most telling of all is Rice’s remark, “Don’t get ahead of us.” Why not Susan? Because they might interfere with the administration’s methodical plan to frame, and then destroy, Trump?

Unethical and, in many cases, illegal behavior became the norm among Obama’s top officials. Their hatred of Trump and their inability to accept his victory blinded them to the impropriety of their actions. The magnitude of their corruption is breathtaking, but slowly the truth is being revealed.

As one humorous reader recommended, let’s round up all the bad actors from the Obama administration on the same day and hold them without bail. Then we can have one big show trial like Nuremberg for crimes against the citizens of the United States.