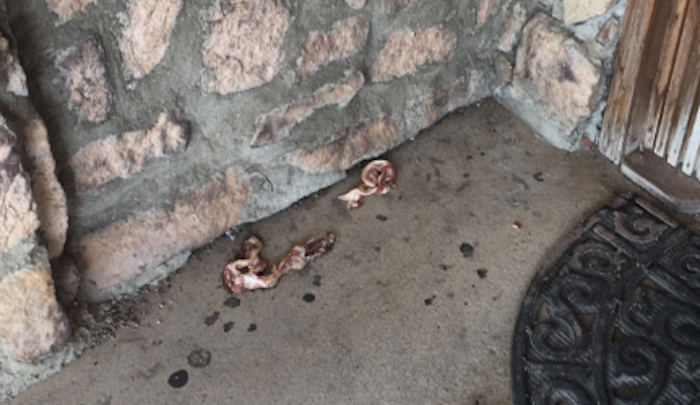 Was there ever a Sunrise Solidarity Vigil held for the hundreds of thousands of Christians who were killed, driven from their homes, enslaved, subjugated, or persecuted in other ways by Islamic jihadis?

When one considers the scope and magnitude of the Muslim persecution of Christians and other non-Muslims in recent years, a few strips of bacon left at a mosque seem rather trivial. A rude gesture, to be sure. The people who did this, if they are non-Muslims, are louts, and if they are Muslims, they’re victimhood-claiming liars, as we have seen so many times in the past.

But is this an offense calling for a hate crime investigation and a vigil?

ROCHESTER, Minn. – The Council on American-Islamic Relations, also known as CAIR, is calling on authorities to investigate an incident as a possible hate crime.

Officials with the Masjid AbuBakr Al-Seddiq Mosque found bacon by the front door and in the parking lot of the mosque.

The pork product is known to be disrespectful to the Muslim religion, since the Quran prohibits Muslims from eating pork.

“As with a number of similar attempted acts of religious desecration nationwide, the use of pork products to target an Islamic institution is a clear indicator of a bias motive and should be investigated as a possible hate crime,” Jaylani Hussein, CAIR-MN executive director, said.

Regina Mustafa is a part of the Southeast Minnesota chapter of CAIR. She said what happened is disheartening and shows that there’s a need for interfaith discussions….

The Minnesota chapter of CAIR called on local, state, and federal law enforcement authorities to investigate this incident.

In response to this incident, there will be a Sunrise Solidarity Vigil for the Rochester Muslim Community….