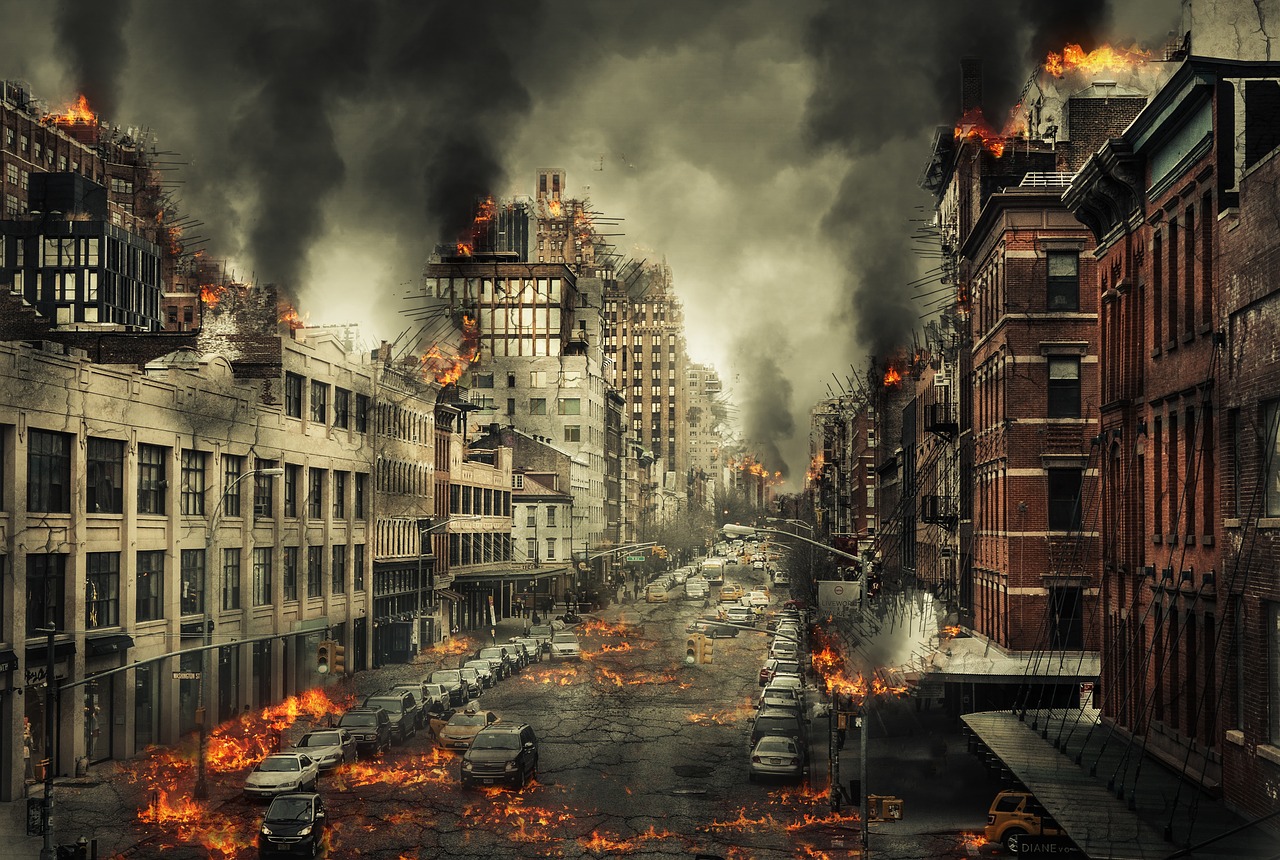 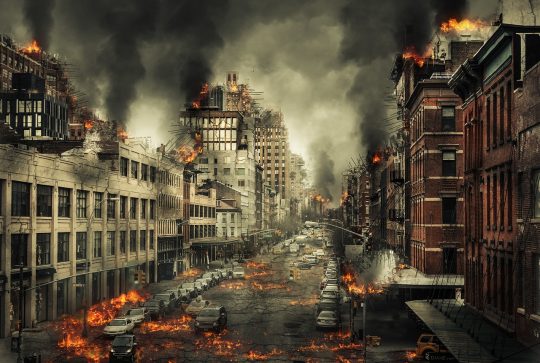 Civil conflict is coming to America, and it is going to tear our nation apart. Earlier today I received an email from a good friend about the rising tide of anger and frustration that we are currently witnessing in America. After thinking about it for a few moments, I wrote back and told him that I don’t know if there is any way to stop what is coming at this point. In my entire lifetime, we have never been closer to a “civil war” in this country than we are right now. Let us work for peace, but it would be foolish to ignore the forces that are ripping the fabric of our society to shreds. In this day and age, the coming conflict will not be between two armies from specific geographical locations. Rather, it will be between groups of Americans with fundamentally different ideologies. However, just like in our first civil war, American cities will burn before it is all said and done. First there will be massive protests, then there will be widespread violence, and ultimately there will be mobs of lunatics running around smashing things, looting, stealing, killing and setting things on fire.

I have been warning about where we are heading as a society on The Economic Collapse Blog for quite a long time, but now the warnings about a coming “civil war” are becoming very loud in the mainstream media.

For example, in a Bloomberg opinion piece entitled “What Democratic Rage Would Look Like”, political scientist Thomas Schaller made the following astounding statement: “I think we’re at the beginning of a soft civil war. … I don’t know if the country gets out of it whole.”

And Professor Glenn Harlan Reynolds, the author of “The New School: How the Information Age Will Save American Education from Itself“, made the following observations in his recent USA Today article entitled “Is America headed toward a civil war?”…

Will it get worse? Probably. To have a civil war, soft or otherwise, takes two sides. But as pseudonymous tweeter Thomas H. Crownnotes, it’s childishly easy in these days to identify people in mobs, and then to dispatch similar mobs to their homes and workplaces. Eventually, he notes, it becomes “protesters all the way down, and if we haven’t yet figured out that can lead to political violence, we’re dumb.”

Apparently, some of us are dumb or else want violence. As Crown warns, “We carefully erected civil peace to avoid this sort of devolution-to-a-mob. It is a great civilizational achievement and it is intensely fragile.” Yes, it is indeed fragile, and many people will miss it when it’s entirely gone.

But most alarming of all was a tweet that was posted by U.S. Congressman Steve King on Sunday…

“America is heading in the direction of another Harpers Ferry. After that comes Ft. Sumter.”

When sitting members of Congress start talking about a coming civil war, it is time to start paying attention.

King was responding to an incident in Portland, Oregon in which radical leftists had physically taken control of an ICE office…

“Occupy” protesters have been camping outside an ICE office in Portland, Oregon, leading the facility to temporarily shut down. The occupiers say that they won’t leave until the Trump administration revokes its “zero tolerance” immigration policy.

Since Sunday the agitators, whose numbers are increasing, have been engaged in activities such as blocking the entrance to the building…

One of the things about that “occupation” that particularly disturbed me was when one of the protesters removed the American flag from the flagpole and replaced it with a “Refugees Welcome” flag.

If the mainstream media and liberal leaders continue to stoke the flames of hatred and continue to incite violence on a daily basis, we are going to see much worse in the months ahead.

For example, over the weekend U.S. Representative Maxine Waters stunned the nation when she urged Americans to physically confront members of the Trump administration wherever they can be found.  The following comes from the Los Angeles Times…

Rep. Maxine Waters (D-Los Angeles), a frequent critic of the administration, gave a high-profile boost to the tactic by saying members of the Trump administration should be repeatedly confronted in their everyday lives.

“If you see anybody from that Cabinet in a restaurant, in a department store, at a gasoline station, you get out and you create a crowd and you push back on them and you tell them they are not welcome anymore, anywhere,” Waters said at a rally in Los Angeles on Saturday.

I don’t know that we have ever seen anything like this in modern American history.

Could you imagine what would have happened if conservative leaders had called for members of the Obama administration to be physically confronted?

After being greatly criticized for her remarks, Waters decided to reaffirm them during an interview with MSNBC the very next day…

And since that time her remarks have been endorsed by other progressive leaders including Democratic Senator Cory Booker.

Of course members of the Trump administration have already been getting physically confronted in public.  Just a few days ago, Homeland Security Secretary Kirstjen Nielsen was forced out of a restaurant by anti-Trump activists, and then an unruly mob of protesters decided to hold an event right in front of her home.

Then on Friday night, White House Press Secretary Sarah Sanders and her kids were kicked out of a Red Hen restaurant in Lexington, Virginia.

That incident made headlines all over the nation.

But before the chanting really picked up, the crowd circulated “Wanted” flyers expressing the contention that Miller is guilty of “crimes against humanity,” among other things.

Reportedly, they are passing out flyers portraying him as a “wanted” criminal.

They are handing out these flyers to Stephen Miller's neighbors at the luxe CityCenterDC pic.twitter.com/OYmllt6JEj

Civil wars don’t emerge out of a vacuum.

You can usually see them coming a long way away, and they are the result of tensions that build up over a long period of time.

America is a very deeply divided nation, and it is getting worse with each passing day.  The left has already shown that they are willing to become very violent when push comes to shove, and what we have seen so far is just the small tip of a very large iceberg.