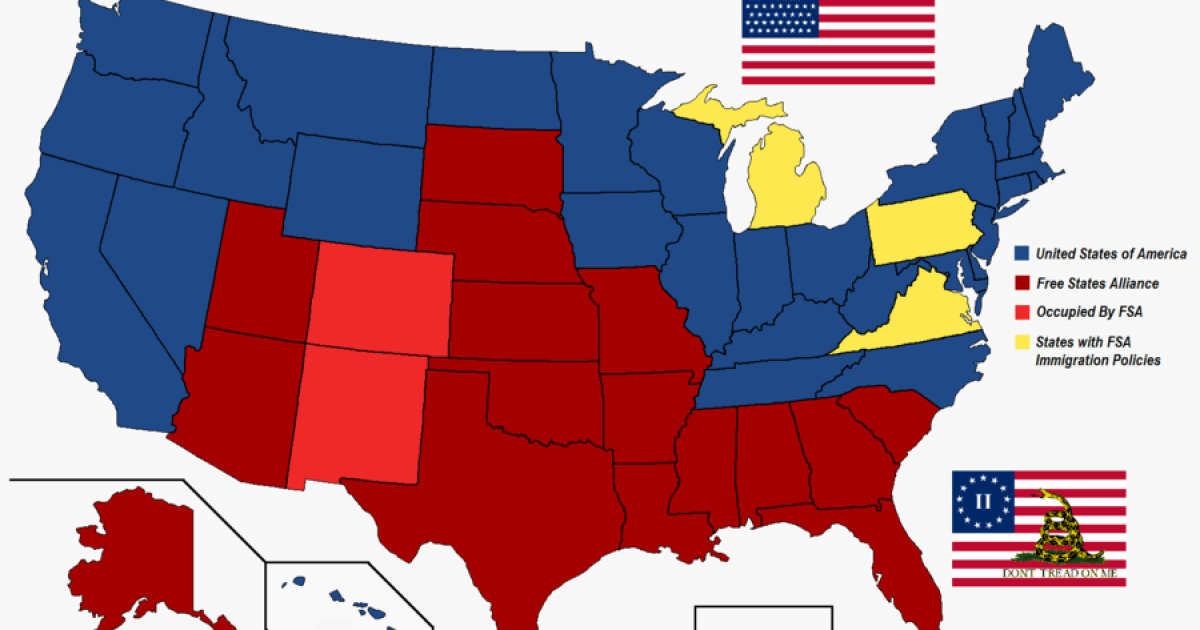 On Sunday, Congressman Steve King (R-IA) tweeted “America is heading in the direction of another Harpers Ferry. After that comes Ft. Sumter.” He added a link to a PJ Media story about “Occupy” protestors forcing an ICE office to close in Portland, OR.

“About 40 tents and 100-150 people were obstructing all entrances and exits. Portland Mayor Ted Wheeler has refused Portland police action against the protesters.” They are demanding that the Trump administration revoke its “zero tolerance” immigration policy.

They have heckled employees trying to leave the building, laid down in the street and, when cameras are rolling, they break into their chant, “No more ice. Shut down ice.” All very civilized behavior.

Consider the events of the last week. Sarah Huckabee Sanders was asked to leave a restaurant because she works for President Trump. Her father, former Arkansas Governor Mike Huckabee, told Laura Ingraham the rest of the story.

“Sarah and her husband just went home. They had sort of had enough.”

“But the rest of her family went across the street to another restaurant,” he explained, “and that’s when things got even more absurd.”

“The owner of the Red Hen — because nobody’s told this — then followed them across the street, called people and organized a protest, yelling and screaming at them from outside the restaurant and creating this scene,” he explained. One of Sander’s in-laws, whom he described as “very liberal,” walked out and said, “Look, I don’t like Trump, I’m not a supporter, I’m — considered liberal — but you guys are embarrassing me and you’re not helping the cause.”

Nevertheless, the mob yelled and screamed even though Sanders was no longer there because, apparently, having even a tangential relationship to the Trump administration means you’re not fit to be out and about in polite society and you’re no longer to be afforded public accommodations.

Last week also brought the story of DHS Secretary Kirstjen Nielsen being relentlessly heckled in a DC restaurant. The next day, protestors appeared in front of her home.

Celebrities, from Robert DeNiro to Madonna, can’t seem to help themselves from joining the fray. Why they believe that acting in a movie or selling out a concert hall qualifies them to lecture us about politics is a mystery. Standards of behavior have deteriorated to the point where there’s no longer any pretense of civility. How did Americans become so polarized? Can we no longer respectfully disagree?

Sean Hannity’s Monday night opening monologue outlines how we got here and how President Trump’s accomplishments are enraging liberals who see their impeachment fantasies grow dimmer with each success. Florida AG Pam Bondi describes being surrounded by “three huge men” who began cursing at her outside a movie theater and then followed her into the theater to continue. There is also a clip of Sarah Huckabee Sanders discussing her “Red Hen” experience and the call from a Hollywood actor publicly encouraging people to kidnap her children. At 11:00 in the video, the mainstream media defends this behavior. Please watch the video below.

Rep. King is not alone in his assessment. Columnist Glenn Reynolds wrote that a “‘soft’ civil war is well underway. It will get worse unless we learn to stop hating each other.” He added:

Hollywood has basically turned its products, and its award shows, into showcases for “the resistance.” Americans are already sorting themselves into communities that are predominantly red or blue. And in heavily blue Washington, D.C., Trump staffers find that a lot of people don’t want to date them because of their politics.

Writer Tom Ricks had this to say on the possibility of a second civil war. “I don’t believewe’re to Kansas of the 1850s yet. But we seem to be lurching … in that direction.”

Bloomberg opinion writer Thomas Schaller, in a piece called “What Democratic rage would look like,” wrote “I think we’re at the beginning of a soft civil war. … I don’t know if the country gets out of it whole.”

While I am well aware that I view the news through a conservative lens, it’s clear that most of the outrageous behavior has come from the left and their inability to accept Donald Trump as our president. I don’t hear conservatives speaking like Samantha Bee, Kathy Griffin or Peter Fonda.

What will it take to come back from the deep divisions that threaten to destroy America? It will take an incident that is so egregious and indefensible, not even liberals can defend it.

So far, Rep. Maxine Waters recent call for supporters to harass members of the Trump administration comes the closest to a defining moment, but still falls short. Waters said:

Although she has received some blowback from fellow Democrats, this incident alone is insufficient to bring the required change.

However, if liberal activists began to engage in regular harassment or take their actions to a dangerous, new level, which is conceivable, it would be a game changer. Hopefully then, one sane influential liberal, would step up and say, this is crazy, this is anarchy, it’s got to stop.