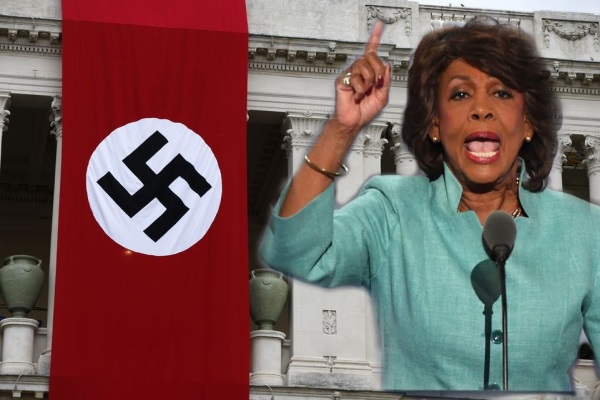 It should be crystal clear to every freedom loving American by now that the United States has been under an anti-American dictatorship for years. We see it in the form of the opposition to the election of Donald Trump as president.

With the upcoming midterm elections in November looming, the Left has upped the ante in their quest for votes by crossing the very fine line that has existed between full-blown Civil War and peace by advocating violence on those who work for the Trump Administration and those of us who support him.

Using the president’s enforcement of immigration laws as an excuse, the Left has transformed their disdain for President Trump into actually confronting everyone who supports him. We know the Left cares nothing about the welfare of illegal alien children, which they are using as an excuse to attack the president. This because his signing of an Executive Order to keep illegal alien parents and their children together satisfied none of them. Actually, more anger and hostility emerged after he signed the EO. Proving, once and for all that those on the Left really do not want any border enforcement, but are demanding their open border policy where anyone can just cross our southern border whenever they please. They are demanding this because it is part of their overall NWO agenda which ultimately erases the US as an independent nation for governance by the United Nations.

Recently, the Leftist Socialists have taken their frustration out in the form of harassing those who work for the president. It started with the heckling of DHS Secretary Kristjen Nielsen while she was having dinner at MXDC Cocina Mexican restaurant in DC, by the group Democratic Socialists of America. Interestingly, one of the protesters in this group was Department of Justice employee Allison Hrabar who is a paralegal specialist for the DOJ.

We have Tom Arnold

vowing to target Barron Trump at school on 6/19/18, by stalking and verbal harassment, Peter Fonda

tweeting he wants to rip Barron Trump from his mother’s arms and put him in a cage with pedophiles, and a professor, Sam Lavigne, at New York University’s Tish School of the Arts who created a database of 1595 ICE employees using their Linkedin profiles releasing the information to ANTIFA, a domestic terrorist group.

Florida Attorney General Pam Bondi was recently forced out of the Tampa Theater where she was viewing the documentary on Mr. Rogers, titled, “Won’t You Be My Neighbor” by the ANTIFA spin-off group, Organize Florida.

As if all this was not enough, we have the most famous of them all with White House Press Secretary Sarah Huckabee Sanders  being told to leave The Red Hen restaurant in Lexington, Virginia by owner Stephanie Wilkinson, who by the way stated not only would she refuse service to Trump employees, but all Trump supporters, Patriots, all who wear MAGA hats

, and all Republicans. Wilkinson, immediately started a Gofundme plea for money, now having 11 different accounts at Gofundme.com, some in her name, some in the name of The Red Hen, and others by different people altogether.

There are also many Lawmakers in Washington who are advocating violence, civil unrest, and public humiliation of everyone who supports the Trump Administration. The most publicized for ordering, what amounts to treasonous acts is Mad Maxine Waters who has asked her supporters to publicly confront Trump officials and those who support him.

By now, every freedom-loving American who loves the US as an independent constitutional nation knows those in office on the Left are in opposition to the very fabric of what this country stands for. To praise Socialism as they do, they disrespect every single soldier who has fought in wars since 1776 for the freedom and sovereignty of their country.

We can no longer allow the continuation of the destruction of America as we know it and must act to rid the country from the Nazi Socialist insurgents who hold office.

The Left has declared full-blown war against the USA and are now pushing for physical assaults on those who support their president and the values of America as a nation. With that, we can expect, not only civil unrest, but murders and assassinations by those who are mentally unstable and see this as their green light to finally change things themselves.

When these dastardly deeds do occur, we have those in office on the Left, in the entertainment industry, and BLM and ANTIFA  terrorist groups to blame.

Socialist factions in the US have declared Civil War against the majority of American citizens who believe in the United States of America as a free sovereign state, guided by the constitution in law,  traditional values, and morals.

The Second American Revolution has begun.