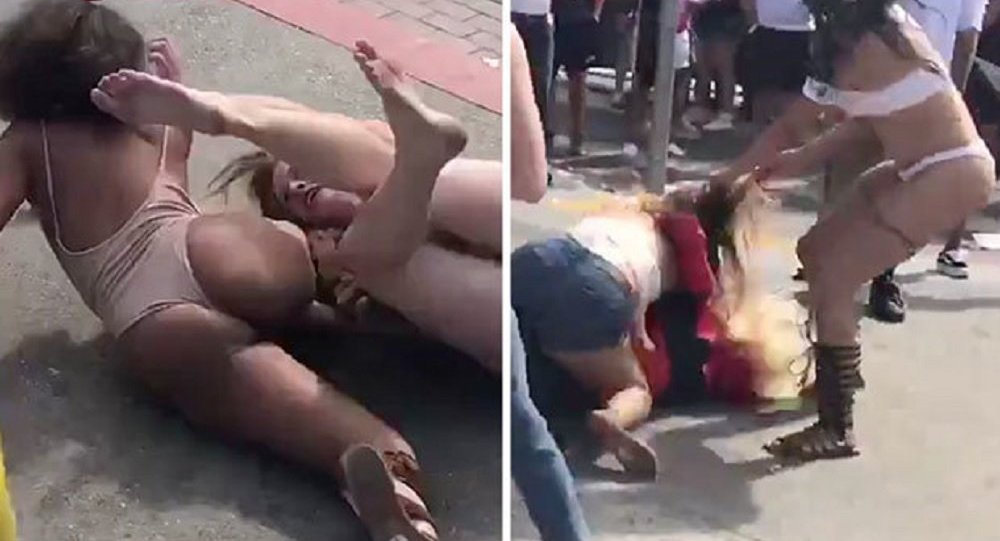 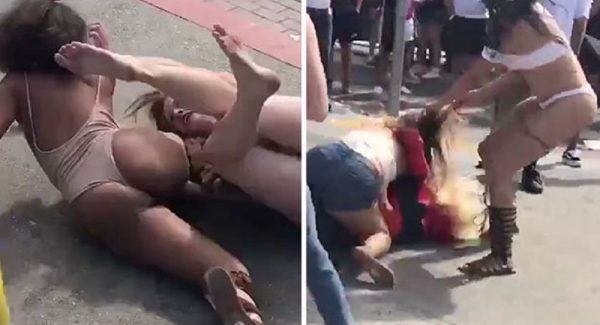 Viral video out of San Francisco shows a massive brawl break out during a Pride festival on Sunday held to celebrate “love, tolerance, equality and diversity.”

Navdeep Thind, a student at Diablo Valley College, said he was vlogging around 1 p.m. on Sunday near where Kehlani was supposed to perform at Civic Center, when he noticed a crowd of people gathered around a group of women. The women were kicking each other, banging others’ heads into the cement, and screaming.

“It got kind of brutal,” he said. “People were saying it was like some WWE stuff, and it really was. You saw some heads hitting the cement.”

Thind posted the video later that evening to his personal Twitter account. Within hours it went viral. As of Monday evening, it had received more than 5,529 retweets and 9,269 likes.

From the video, it’s not clear how the fight started, but Thind said he gathered through conversations with the perpetrators’ friends and through Twitter threads that it began with an question from one woman to another about Kehlani’s set.

“I guess one girl asked the other girl if Kehlani was performing,” Thind said. “And I guess the other girl said, ‘Yeah, she is,’ but I guess she said it very rudely or angrily, and called her a bitch. That triggered the other girl to say something like, ‘Did you just call me a bitch?’ And that started their argument.”

Thind said the fight went on for around 7 minutes before he saw officials separate the women and escort them away from the area.

The San Francisco Police Department said no arrests were made and had no comment on the incident.

How nice of police not to arrest any of the criminals involved! This is how leftists can say crime is at “record lows” while cities like San Francisco are turning into literal s**tholes!

This is what leftists call “progress!”