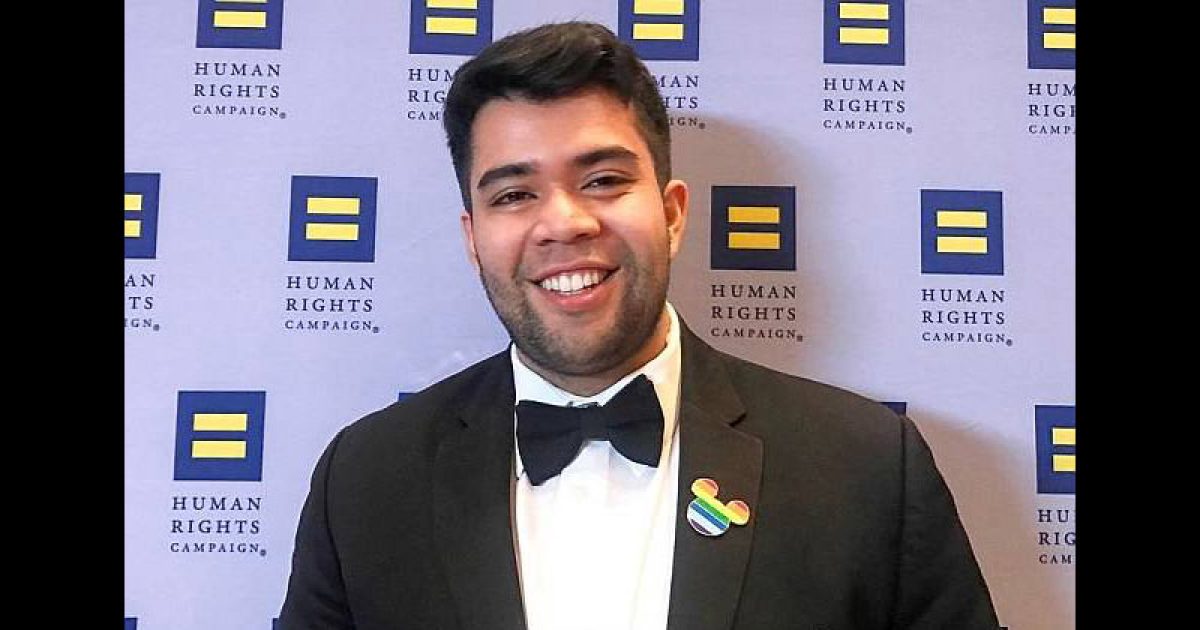 The twenty-two-year-old head of the International Campaign to Stop Rape and Gender Violence in Conflict, an organization that claims to be devoted to ending sexual violence, was arrested on Tuesday on child sex abuse and child pornography charges.

Joel Davis was arrested in New York for soliciting an undercover FBI agent for sexually explicit pictures of minors, as well as allegedly attempting to set up meetings with children as young as two years of age for sex.

According to the Justice Department:

Prosecutors say despite his involvement in the organization, Davis exchanged text messages with undercover agents over the course of several weeks earlier this month.

Davis allegedly told the agents that he was sexually interested in children of all ages. He is accused of sending the agents sexually explicit photographs of infants and toddlers, including some of the children engaged in sex acts with adults.

He allegedly went into detail in the text messages about what sexual activities he intended to engage in with the children.

Prosecutors say Davis repeatedly asked the undercover agent to take naked and sexually explicit pictures and videos of the children and to send them to him.

“Joel Davis started an organization devoted to stopping sexual violence, while allegedly engaged in the duplicitous behavior of sharing explicit images of infants engaged in sexual activity,” said U.S. Attorney Geoffrey S. Berman.  “Davis also allegedly solicited an undercover officer – whom he thought to be a willing participant – to send sexually explicit videos of his nine-year-old daughter, and even to set up a sexual encounter between himself and a two-year-old.  The conduct alleged against Joel Davis is as unfathomable as it is sickening, and as this case demonstrates, law enforcement will keep its watchful eye on the darkest corners of the internet to bring predators to justice.”

“Having started an organization that pushed for the end of sexual violence, Davis displayed the highest degree of hypocrisy by his alleged attempts to sexually exploit multiple minors,” added FBI Assistant Director-in-Charge William F. Sweeney Jr.  “As if this wasn’t repulsive enough, Davis allegedly possessed and distributed utterly explicit images of innocent infants and toddlers being sexually abused by adults. Crimes against children such as those alleged are taken very seriously by the FBI, and we continue to work tirelessly to investigate those who place the most helpless members of the American public at risk.”

Davis was an Ivy League student at Oxford University, Columbia University and The Juilliard School, according to his LinkedIn Profile.  One does have to wonder now if any money was sent to his charity if it ever made it to fight against the things he claimed it was established to fight.

Interestingly enough, Davis was nominated for the Nobel Peace Prize in 2015.

“When news broke that I was being considered for a Nobel Prize, I had a psychological breakdown — tormented by the recollection of my childhood sex abuse — and withdrew from Columbia,” Davis wrote in the Columbia Spectator. “It was another year before I attended my first class.”

I don’t doubt this man was abused as a child.  That abuse has long-term consequences for children, including questioning who they are, distorting the reality of sexuality and other things.  No doubt that added to his behavior, but the choices made to engage in the behavior himself are his and his alone.

Jesus had good advice for those who even contemplate such behavior: “If anyone causes one of these little ones–those who believe in me–to stumble, it would be better for them to have a large millstone hung around their neck and to be drowned in the depths of the sea” (Matt. 18:6).