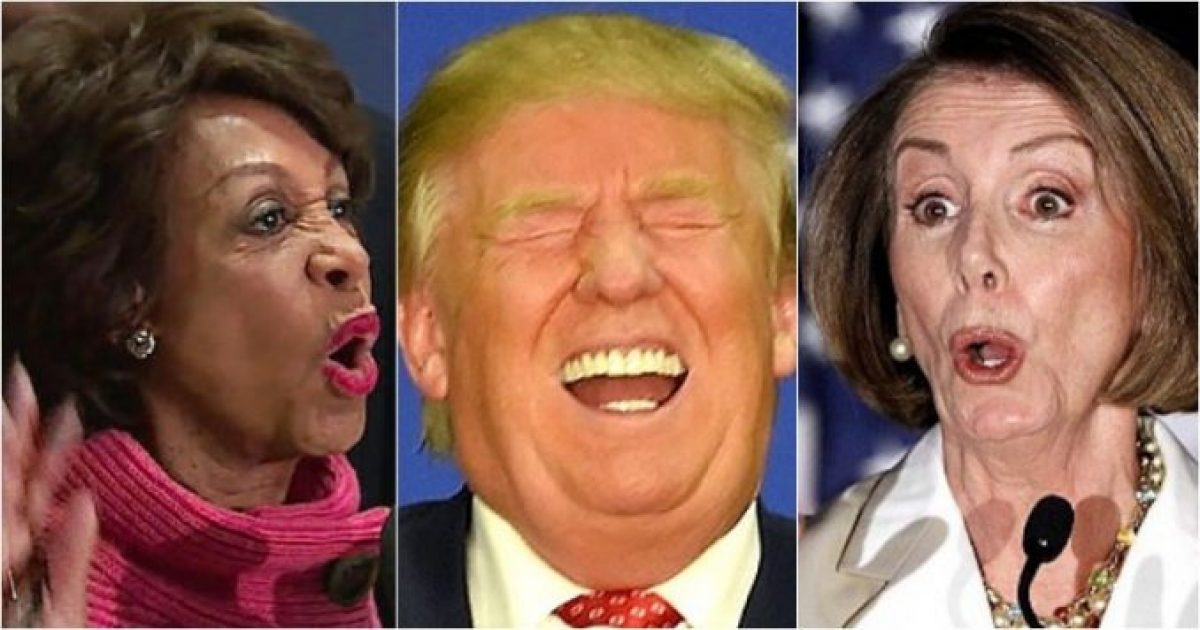 The Washington Times’ Charles Hurt appeared on the Tucker Carlson show Wednesday night to discuss how recent events are “playing right into the hands of Donald Trump.” He cites the success of radical leftist candidates in recent Democratic primaries and, in particular, the race that everyone is talking about, 28-year-old Socialist Alexandria Ocasio-Cortez’s surprise win over ten-term Congressman Joseph Crowley in New York District 14. It was once thought that Crowley, referred to as the “King of Queens,” might even become the next Speaker of the House if Democrats regain the House majority in November. Instead, as Trump said, “He got his a** kicked.” The Democrat’s lurch to the left, Hurt believes, will not play out well in the general election.

He compares it to the Tea Party candidates who prevailed in the 2010 Republican primaries, but were too far to the right to win in a general election. An example would be Tea Party Senate candidate Christine O’Donnell’s defeat of the more moderate Delaware Congressman Michael Castle in the primary. She lost the general election because she was far too conservative for the state. Prior to the primary, Castle, who had served two terms as governor and nine terms in the House, was considered a shoo-in to beat the Democrat, Chris Coons.

Similar scenarios played out all over the country in the 2010 mid-terms. At one point, it appeared likely that Harry Reid would lose his Senate seat to Tea Party candidate Sharron Angle in Nevada. Instead, he won the race. It was thought that a more moderate, more seasoned candidate could have derailed him.

Throughout the recent New York District 14 primary, Ocasio-Cortez “attacked Crowley for his race saying that, as a white man, he was not fit to represent the district. She explicitly said this election is about race.”

Carlson and Hurt wondered how a candidate could get away with saying that “the election is about the color of a person’s skin.”

Ocasio-Cortez also ran on abolishing ICE and impeaching Trump. Those may be winning issues in NY 14, but a tough sell elsewhere.

Hurt: Increasingly, it (discussing race) is something that is accepted coming from the left…Ever since the beginning of the whole Tea Party movement, we’ve been waiting for a similar reckoning to hit the Democratic party. I think that’s what we’re seeing now…These people are communists and that’s a real problem. Democrats are going to have to contend with this and this is not going to be the last sitting Democrat who is going to get ousted by some socialist, who wants free stuff for everybody, who comes out of nowhere.

Tucker: This candidate in Queens ran explicitly against ICE and called for a South African style Truth and Reconciliation Commission to go through the sins of ICE, the human rights abuses. Are you going to see other Democrats run on that same platform?

Hurt: We’re going to see actual mainstream Democrats in Congress pushing this lie about ICE. And, my goodness, what do you expect when they accuse ICE agents and border patrol agents of being like Nazis.

Asked by Carlson if a candidate can win on this platform, Hurt said:

Hurt: Maybe in NY 14, you can win on that platform, but I guarantee you, anywhere else across the country, you’re not going to be able to win on this and all of this plays right into the hands of Donald Trump.

I would argue that Donald Trump got himself reelected this week and it’s because of crazy stuff like this and the Maxine Waters stuff and the haranguing people in public. It’s all playing into Trumps hands.”

The interview clip appears in the following video.

Conservative commentator Michele Malkin questions not only the patriotism of the “Abolish ICE” movement, but also their sanity. Ocasio-Cortez is a member of the Democratic Socialists of America party. These are “shrieking radicals that oppose any immigration enforcement.”

She points out that approximately 20 Democratic candidates are running on the Abolish ICE platform, including several sitting Congressmen. There are many others, who aren’t calling for outright abolishment of ICE, but who insist on major changes in immigration law. ICE field offices across the country are under siege and some have been forced to shut down, such as the Portland, OR facility I reported on here, due to protestors. Yet, no party leaders are condemning their actions.

President Trump is now trying to make Nancy Pelosi and Maxine Waters, two of the least popular members of Congress, the faces of the Democratic party, which is a very effective strategy.

The more Trump achieves, the more “unhinged” their rhetoric becomes. In fact, The Republican National Committee has just released one of their best ads ever, based on this theme. Inside of one minute and seven seconds, it provides voters with ten reasons why they should not cast their ballot for a Democrat in November.

I agree with Charles Hurt. It’s been a very good week for Donald Trump.