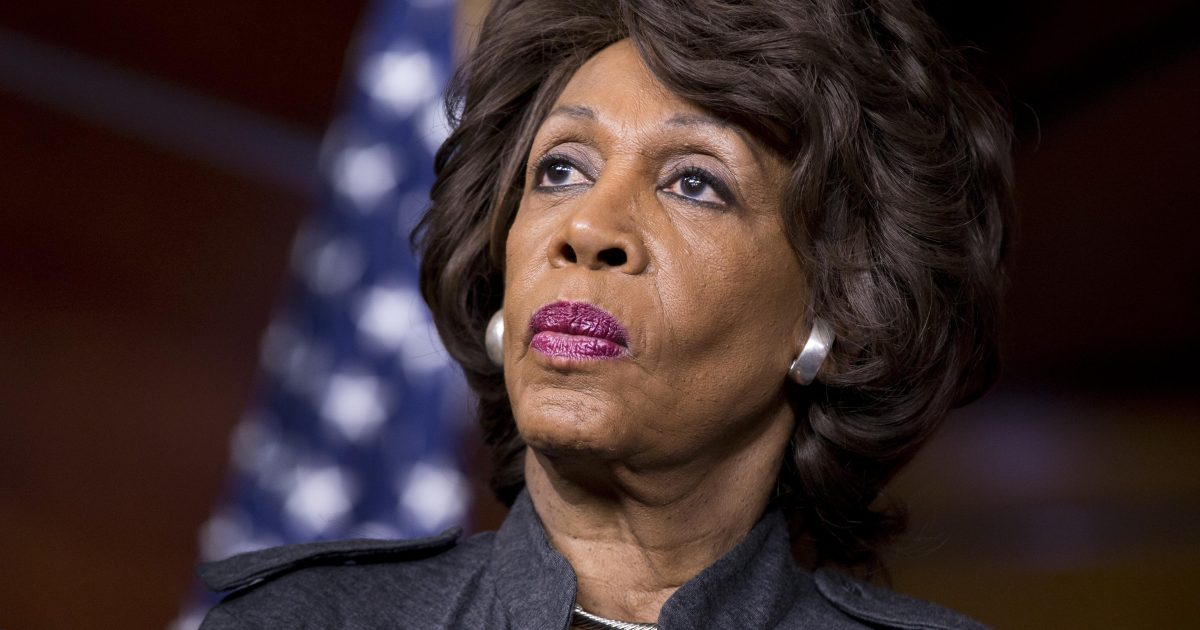 So, Representative Maxine “Mad Max” Waters (D-CA) has been the laughing stock, I mean, talk of the country this past week after last weekends call for mobs of people to crowd around and push back against Trump cabinet members wherever they are found in public.  Now, apparently, she is getting a taste of her own medicine as she plays the victim and claims to have received “very serious” death threats, which led to her canceling events.

Of course, the Communist News Network covered her allegations without any evidence that she had been threatened.

The California Democrat canceled two scheduled appearances in Alabama and Texas this weekend after saying she got threatening messages and “hostile mail” at her office, including “one very serious death threat” on Monday from an individual in Texas.

She alleged that President Donald Trump misrepresented her statements.

“As the President has continued to lie and falsely claim that I encouraged people to assault his supporters, while also offering a veiled threat that I should ‘be careful’, even more individuals are leaving (threatening) messages and sending hostile mail to my office,” she said in a statement.

Congratulations to Maxine Waters, whose crazy rants have made her, together with Nancy Pelosi, the unhinged FACE of the Democrat Party. Together, they will Make America Weak Again! But have no fear, America is now stronger than ever before, and I’m not going anywhere!

The face of the Democrats is now Maxine Waters who, together with Nancy Pelosi, have established a fine leadership team. They should always stay together and lead the Democrats, who want Open Borders and Unlimited Crime, well into the future….and pick Crooked Hillary for Pres.

Congresswoman Maxine Waters, an extraordinarily low IQ person, has become, together with Nancy Pelosi, the Face of the Democrat Party. She has just called for harm to supporters, of which there are many, of the Make America Great Again movement. Be careful what you wish for Max!

How anyone could not understand that Waters was inciting the people to more than some “peaceful protest” against Trump cabinet members is beyond me, especially when she specifically stated:

“If you see anybody from that cabinet in a restaurant, in department store, at a gasoline station, you get out and you create a crowd. And you push back on them. Tell them they’re not welcome any more, anywhere!”

Even many fellow Democrats wouldn’t back what she was advocating.  My goodness, Senator Chuck Schumer (D-NY) refused to go along with it.

“There was one very serious death threat made against me on Monday from an individual in Texas which is why my planned speaking engagements in Texas and Alabama were cancelled (sic) this weekend,” she added. “This is just one in several very serious threats the United States Capitol Police are investigating in which individuals threatened to shoot, lynch, or cause me serious bodily harm.”

Ha! That’s not all they are investigating either Mad Max!

Earlier this week, Waters had assault charges filed against her by investigative journalist Laura Loomer and Capitol Police agreed it was assault, and we have the video evidence to prove it.

Now, if Waters really means what she said about wanting peaceful protests, how does that fit with her assault of Loomer?

It doesn’t.  She’s a say one thing and do another kind of gal, isn’t she?

In addition to the assault charges brought by Loomer, Judicial Watch President Tom Fitton wrote to Congress and asked them to deal with Waters for violating House rules with her conduct.

I’m guessing at most, we’re gonna get more of the same and Congress will inevitably cover for Waters, whitewashing her criminal activity and inciting the people, but at least we are some the people push back against the ones who need to be pushed back against and made to conform to the law, the corrupt in government.