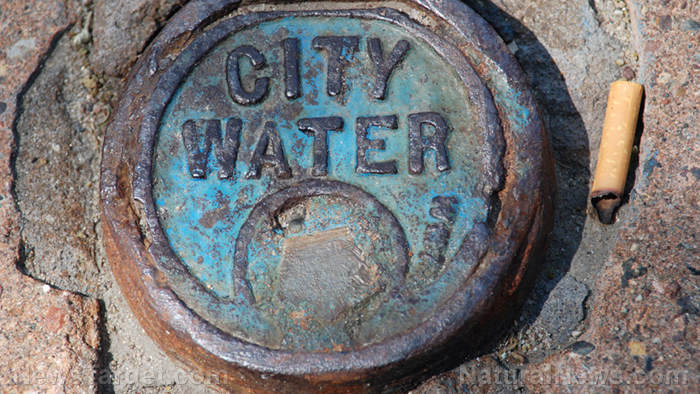 (Natural News) The mass medication of citizens via water fluoridation may be one of the greatest crimes against humanity taking place today — and it’s also one of the most under-reported scandals, too. Daring to speak out about the real facts on fluoride will get you stamped as a “crazy conspiracy theorist,” just like questioning vaccine safety or talking about the dangers of glyphosate will get you a fast-pass to being labeled “anti-science.”

But, even though the cost may be great, a few brave souls are still willing to speak out about the health hazards foisted upon us by the powers that be. Dr. David Kennedy, a biological dentist, recently called water fluoridation a “public health fraud,” and his description couldn’t be any more correct.

The fraud of fluoride

First and foremost, fluoride is not an essential nutrient. Humans do not, and never will, need fluoride to be healthy. In fact, quite the opposite is true: Fluoride is a highly toxic substance. That’s why there is a poison warning on toothpaste and other fluoride-containing products.

As Fluoride Action Network explains,  fluoride has historically been used as a pesticide — and that’s why consuming too much fluoride in one sitting can lead to serious poisoning, and even death. But the dangers of fluoride don’t end with the acute. Long-term, there are many other negative side effects to be had.

Dental fluorosis and skeletal fluorosis are the two most obvious forms of harm. Experts have noted that by the time fluoride has been deposited in bone tissue, it is very likely that other forms of less detectable damage have taken place. For example, studies have shown chronic fluoride consumption can lead to arthritic pain and an increased risk of fractures — even before skeletal fluorosis has set in.

Water fluoridation should be a crime

Roughly 20 years ago, a union representing scientists and toxicologists from the EPA reportedly stated,”[W]e hold that water fluoridation is an unreasonable risk.”

The union has, in the past, testified that water fluoridation has been linked to “cancer, genetic damage, neurological impairment and bone pathology.”

A 2012 tudy piloted by Harvard Medical School found that water fluoridation was linked to lower IQs and adversely effected cognitive development in children.

Senior study author Philippe Grandjean commented on the findings. “Fluoride seems to fit in with lead, mercury, and other poisons that cause chemical brain drain [emphasis added]. The effect of each toxicant may seem small, but the combined damage on a population scale can be serious, especially because the brain power of the next generation is crucial to all of us,” he stated.

In 2015, Grandjean and his team published follow-up research, which examined the effects of consistent lifetime water fluoridation in first grade children. And again, the findings confirmed their suspicions about the neurotoxicity of fluoride. The researchers concluded again that their data “supports the notion that fluoride in drinking water may produce developmental neurotoxicity.”

For more information about the dangers of fluoride and the public water poisoning scheme, read on at Fluoride.news.