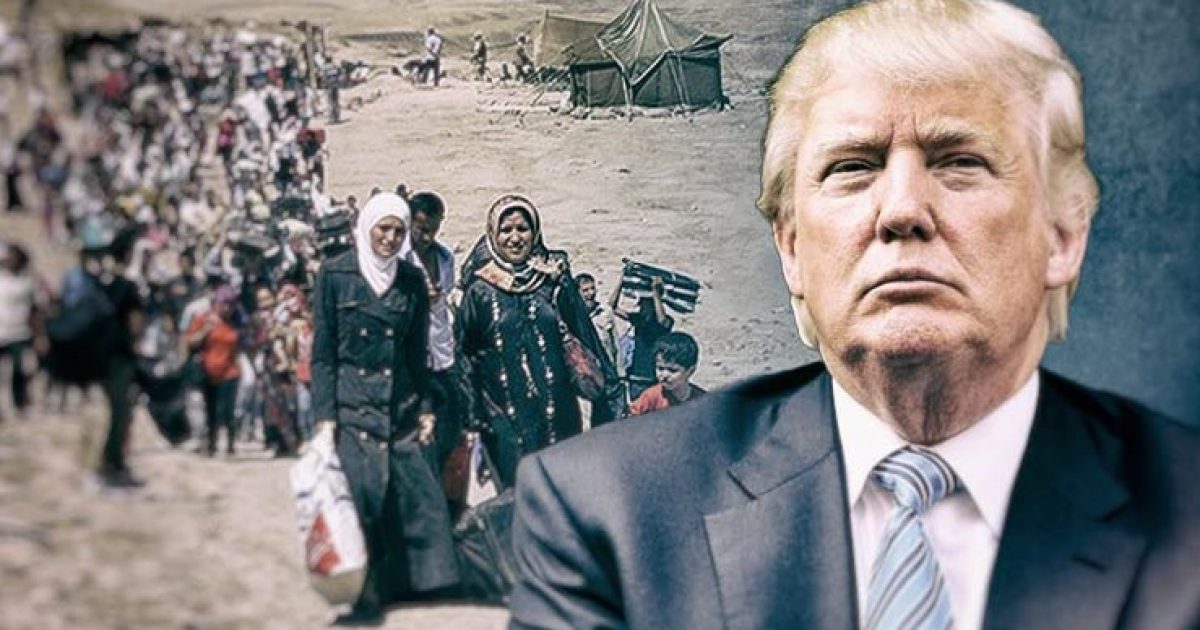 This is really big news.  President Donald Trump took office in January 2017, and within months, his administration saw more than twice the rate of Syrian refugees settling in the US than the Obama adminstration in the previous year.  However, just over a year later, the numbers of Syrian refugees have dropped to only 44 for FY2018 while other refugees being admitted to the US from all over the world are lower under Trump than they have been in the past decade.

The figures come from the State Department, which publishes a monthly breakdown by country.

First, take a look at the number of Syrian refugees admitted since the beginning of FY2018, which began in October 2017.

Take a look at the past 12 months of total refugees admitted in FY2018.  It’s incredibly low considering the previous ten years.

In April, after Defense Secretary James Mattis emphasized the need to broker an end to the Syrian civil war to the House Armed Services Committee.  Apparently, the reason for doing so was the refugees.

“I’ve seen refugees from Asia to Europe, Kosovo to Africa – I’ve never seen refugees as traumatized as coming out of Syria. It’s got to end,” he said.

Well, yeah, but that means we would also have to stop tossing missiles in every time there’s an attack there, which only helps the Islamic jihadis, but I digress.

What will happen in the coming six months is anyone’s guess, but the reality is that President Trump has significantly stopped a lot of refugees from entering the US.

In commenting on that, David Sivak writes:

It’s difficult to extrapolate how many Syrian refugees will be admitted for the remainder of 2018, but the number has dropped off precipitously since President Donald Trump assumed office. Only 44 Syrians have been admitted since the current fiscal year began on Oct. 1.

Syria is one of 11 countries targeted for additional screening measures, including more in-depth interviews. Refugees from Syria had been indefinitely barred under the original version of Trump’s travel ban, which faced legal battles throughout 2017. The refugee ban was lifted entirely in January 2018 after recommendations were made for stricter vetting protocols.

Stricter measures have slowed refugee admissions for all countries, not just Syria. “Processing time may be slower as we implement additional security vetting procedures; each refugee’s case is different,” a State Department spokesperson told The Daily Caller News Foundation.

Critics say the changes are a bureaucratic attempt to fulfill Trump’s campaign promise to ban the entry of Muslims to the U.S. The administration says the policies are necessary to prevent terrorism and fraud.

The White House set a ceiling of 45,000 refugees for the 2018 fiscal year that ends on Sept. 30, the lowest cap since 1980. The State Department cautions that the number is not a quota, so year-end admissions may be lower.

The slowdown has been compounded by the administration’s decision to devote more resources to processing asylum applications. Over 300,000 immigrants from South America, Central America and elsewhere are awaiting decisions on whether they are eligible to remain in the U.S.

“This backlog has grown by more than 1750 percent over the last five years, and the rate of new asylum applications has more than tripled,” reads the U.S. Citizenship and Immigration Services website.

Politico Magazine reports that the Trump administration has diverted about half of its Refugee Affairs Division officers to asylum and border-related efforts. The scale-back in the refugee program will result in the closure of dozens of refugee resettlement offices.

Perhaps the early numbers were just time the Trump administration needed to get a handle on things and begin to steer the federal beast regarding refugees.

There are more than 65 million refugees in the world, according to the United Nations.  Each year, less than 1% of the world’s refugees are given the coveted opportunity to restart their lives in a new country.

In the past, we have led in taking in tens of thousands of refugees, but under the Trump administration, that is no longer the case.