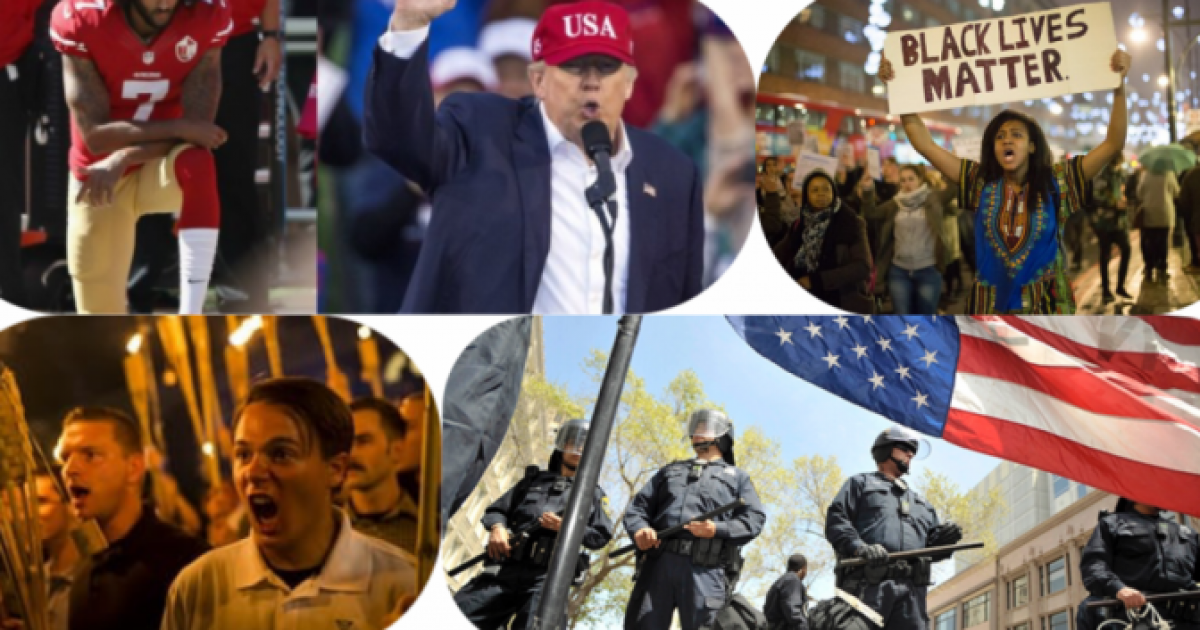 Is America really on the verge of another civil war? Has the political divide become so deep that conservatives and liberals can find no other alternative to settle their differences that they must be settled through violence? Some people would have you believe this to be the case, people with an agenda that is. Allowing ourselves to fall for this propaganda gives the elites all the excuse they need to put the final nail in the coffin and institute a full-blown, technocratic police state. The infrastructure is all in place, all they need now is the consent of a scared public, and a barbaric civil war would do the trick.

The goal of the left is to rip the nations morality apart and create conditions where people see their solutions as the only alternative to the tumultuous events unfolding around them. In Brainwashing: A Synthesis on the Russian Manual of PsychopoliticsLavrentiy Beria, chief of the Soviet secret police, explains this by saying the following-

By Psychopolitics our chief goals are effectively carried forward. To produce a maximum of chaos in the culture of the enemy is our first most important step. Our fruits are grown in chaos, distrust, economic depression, and scientific turmoil. At last a weary populace can seek peace only in our offered Communist State, at last only Communism can resolve the problems of the masses.

For years now, we have listened to the hysterics of the left claim that the right represents an ideology of violence and intolerance despite the overwhelming fact that it is the left who organizes unruly mobs in protest of whatever outrage is motivating them into action. Occupy Wall Street, Antifa, and Black Lives Matter all epitomize the idea that violence against an imperialistic nation such as the United States, where white supremacism allegedly permeates the institutions, is justified. The communist left is operating from a list of declared forty-five goals they established to bring this country down, violent protests were among these established objectives. This list of goals was not only published in the book The Naked Communist, they were made part of the congressional record in 1963. In other words, congress is aware of what is happening in our country.

Goal #19 Use student riots to foment public protests against programs or organizations that are under Communist attack.

Goal #42 Create the impression that violence and insurrection are legitimate aspects of the American tradition; that students and special interest groups should rise up and make a “united force” to solve economic, political or social problems.

The latest display of emotional virtue in which the left is displaying orchestrated indignation is the immigration debate.Massive protests are once again being utilized to feint moral umbrage towards the Trump administration, even though he is merely enforcing current immigration law. The end goal of course is the elimination of America’s lawful borders and an unending flow of immigrants who have no interest in sustaining our culture of liberty.

These issues which cause conflict among Americans are deliberately being thrust into the public exclusively for that purpose, to cause conflict. The Hegelian Dialectic is used to cause problems, get the public to demand a solution, then implement the one that’s been waiting in the shadows. Americans were supposed to see the reasonableness in liberalism and accept it as an alternative to conservatism, which is always presented as selfish and aristocratic. American’s have rejected it outright with the election of Donald Trump and in desperation, the left is working to cause as much chaos as they can to bring us to our knees. Make no mistake, the left is using everything they can, the Russian investigation, immigration, gun control and other contentious issues to keep us divided. They invent labels while insisting that their positions are morally superior, and that opposing viewpoints to collectivism should be shouted down. Leftwing politicians like Pelosi and Waters have been instigating violence by suggesting people form groups and become disruptors or surround people from the opposite political party and publicly shame them.

If there were to be another civil war in this country it would be because the left wants one. They have become so intolerant of anything other than their mystical, fabled delusions of utopia that they are enthusiastic about the prospects of staging violent protests and even setting off bombs to get their way. They have been pushing for decades to transform America into a socialist paradise and they have largely failed to bring it to fruition. They are desperate, delusional and angry, and they are operating from an ends justify the means mentality that makes it all the more dangerous.

Violence breaking out on a large scale would drive the public to demand a solution from the government to foster in a sense of safety and normalcy. This is what the desired outcome is, so before you let the violent rhetoric of the left push you to achieve their ends, realize that your reaction is what they need to control you.