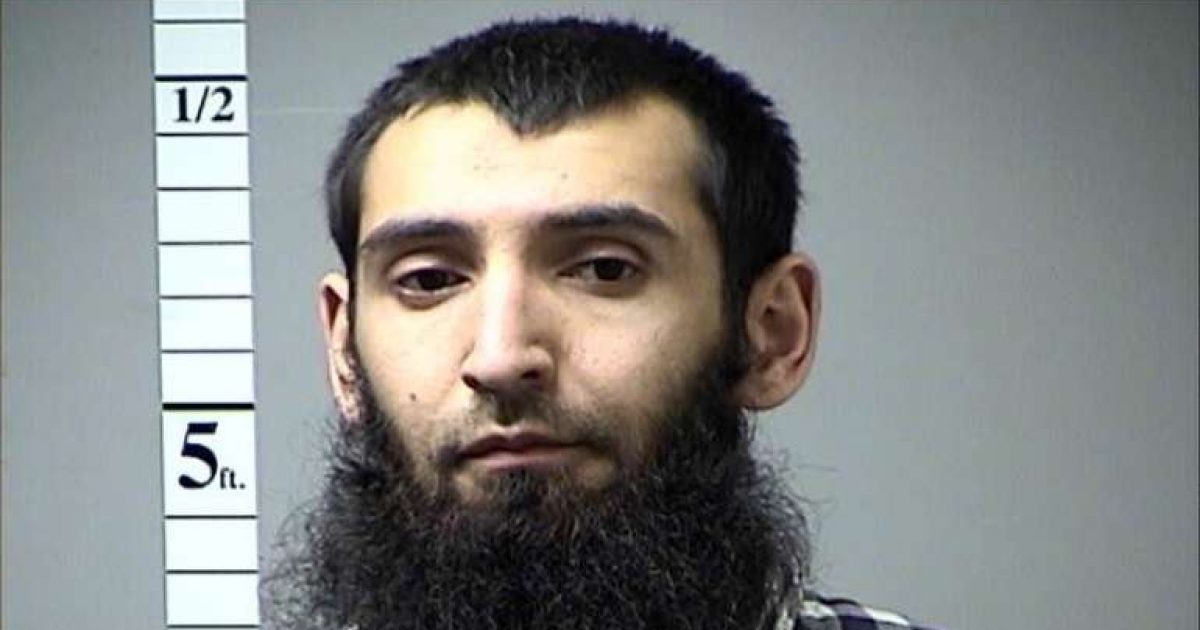 Sayfullo Saipov murdered eight people in New York City last October by driving a truck along a bike path; at a pre-trial hearing Friday, he showed that he was not in the least repentant. As far as he is concerned, he has no reason to be — he sees himself as a soldier in a war that only one side admits is being waged.

Saipov said in court: “The judgments that are made here are not important for me. They are not Allah’s judgments.” He added: “The Islamic State [ISIS], in order to impose sharia on Earth, is leading a war.”

This is not something that the U.S. political and media establishment is disposed to hear. They still treat Saipov and other Islamic jihadis as if they were criminals committing criminal acts that have nothing to do with one another; the ideological commonality underlying all the jihad attacks inside the U.S. and all over the world is not important to them, and plays no role in how jihadis are prosecuted.

Yet when Saipov says that ISIS is “leading a war,” he is absolutely correct, and he is also correct that the goal of this war is to “impose Sharia on Earth.” This is abundantly clear when one examines the history of Islam. From its very inception up to the present day, as I show in my new book The History of Jihad From Muhammad to ISIS, the warriors of jihad have targeted every non-Muslim nation they could reach, and made war against it with the intention ultimately of imposing Sharia upon it.

From Spain to India, from Tel Aviv to Timbuktu, from Constantinople to New York City, this imperative has been the same for fourteen hundred years, even as the Islamic empires that put it forward have come and gone.

That imperative remains unchanged today. Muslims including Sayfullo Saipov see themselves as its modern-day champions. Saipov doesn’t respect the judgment of an American court because he sees only the law of Allah as worthy of respect and obedience. He doesn’t see himself as a criminal at all, any more than any soldiers of an army were criminals solely for being soldiers. Yet the U.S., because it has found no mechanism whereby it can recognize its prosecution of jihad terror acts as part of its larger defense against the global jihad, cannot acknowledge that Saipov as a soldier, and so tries him in a civilian criminal court.

Because, however, of the fact that jihad has been for fourteen centuries such a mainstream aspect of Islam’s interaction with the non-Muslim world, one thing that authorities can be absolutely certain about is that Saipov is in no way a singular case. His assumption that a Muslim owes allegiance to no non-Muslim legal authority, but solely to Allah alone, is not some eccentricity or manifestation of Saipov’s “extremism.” It is standard Islam and has been since the beginning of the religion.

Likewise, his statement about ISIS waging war to impose Sharia doesn’t indicate that ISIS is “extremist,” but actually situates the group within the tradition of the Umayyads, the Abbasids, the Ottomans, and other Islamic polities that devoted a great deal of their time and attention to waging war against infidels and trying to impose Sharia upon them.

If our intelligence and law enforcement swamps had been fully drained by this time, agents would be studying Sayfullo Saipov’s words very carefully, and pondering their implications. Instead, he will almost certainly be written off as yet another Muslim who has somehow fallen prey to what authorities continue to maintain is a misunderstanding of a fundamentally peaceful religion.

This bland confidence, unfortunately, will do nothing to blunt the force of the advancing jihad.