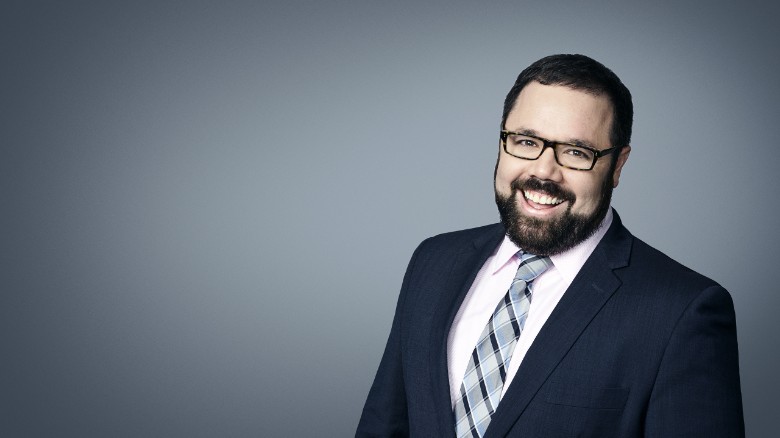 Now LoBianco is in trouble for reasons having nothing and everything to do with the Russia probe.

Earlier this year, Elliot Broidy, a Trump ally and Republican fundraiser, was targeted by Qatari hackers. Broidy had been sharply critical of the terror state which has been linked to everything from 9/11 to Iran. And his emails were quickly peddled to media figures who spun them into pro-Qatari hit pieces.

When Broidy struck back with a lawsuit targeting Qatar and its lobbyists, phone records showed that LoBianco had spoken three dozen times to a registered foreign agent of the Islamic terror state.

LoBianco’s stories were nakedly hostile to Broidy, the Saudis and the UAE to the extent that they were hard to distinguish from Qatari propaganda. And they were aimed at what LoBianco and his collaborator deemed a “secret campaign” to “alter U.S. foreign policy and punish Qatar.” LoBianco’s story accused Broidy of not registering as a foreign agent, but he was the one allegedly colluding with a Qatari agent.

In his story, LoBianco wrote of a “cache of emails obtained by the AP.” The emails are described as having been “anonymously leaked.” A more factually accurate term would have been “hacked” or “stolen.” And LoBianco and the AP had no problem with posting these stolen emails online.

There was nothing unusual about that. Media organizations routinely publish stolen emails while describing them as ‘leaked’: a term associated with classified government or corporate documents, not stolen private correspondence. Like LoBianco’s stories, they emphasize the role of the news organization in “analyzing” the “documents” while evading the question of how they came into their possession.

Stolen emails have become typical tools of political warfare. But colluding with foreign agents and receiving stolen emails from foreign hackers is at the center of the Russiagate allegations. Yet the same reporter investigating Russiagate appeared to be involved in his own Qatargate. And he wasn’t alone.

The stolen emails were distributed to and written up by a variety of mainstream media outlets including the Wall Street Journal, Bloomberg and the New York Times. The campaign against Broidy using stolen and altered emails was misleadingly described by LoBianco and other outlets as an investigation. But the investigation allegedly consisted of foreign agents handfeeding stolen emails to reporters. And then seemingly setting out a pro-Qatari and anti-UAE narrative that those reporters slavishly abided by.

And LoBianco went from writing up Dem claims that the Trump campaign had colluded with the Russians on the hacked DNC emails to writing up hacked Republican emails from the Qataris. The New York Times and McClatchy claimed to have broken stories about Trump, Russia and the hacked emails. They also appear to have trafficked in emails stolen by Qatar to go after one of President Trump’s allies.

Now the hacks are the subject of an FBI investigation. And the interactions between the media and Qatari agents have become a crucial link in unraveling the motives behind the crime.

Whether the media has the right to collude with enemy nations and publish stolen emails in order to undermine American foreign policy is a serious question. But it certainly has no right to pursue an extended campaign to destroy an elected official over allegations of behavior that it engages in.

That is the typical double standard which the media left deploys against the political right. Its corrosive effects have leached ethics and integrity out of public life and replaced them with a zero sum game.

The entire trade in hacked emails, by domestic or foreign actors, only exists because of the media. Whether it’s Sarah Palin’s emails, the DNC emails, Broidy’s emails or Podesta’s emails, the practice wouldn’t exist without the collusion and complicity of media outlets with the hackers and their agenda.

If the media wants to investigate someone for colluding in email hacks, it can look in the mirror.

The media was eager to peddle the same stolen emails that it wants to blame on Trump. The Washington Post and ABC News are still cashing in on stories about the hacks garnished with lurid clickbait headlines like, “Here are the latest, most damaging things in the DNC’s leaked emails” and “The 4 Most Damaging Emails From the DNC WikiLeaks Dump”. Did Trump force them to run those stories?

To paraphrase Casablanca’s Captain Renault, “I am shocked to find that email hacking is going on here!”

What began with ‘whistleblowers’ passing government documents to reporters turned into the mainstream media launching a vigorous defense of Gawker publishing Hulk Hogan’s stolen sex tape. The distinction between journalists holding powerful institutions accountable by publishing documents that should have been public and humiliating anyone they don’t like by doxing them has entirely vanished.

The legitimacy, provenance and chain of custody of the stolen documents have also ceased to matter.

After the Broidy lawsuit, BuzzFeed published an outraged piece warning that Broidy’s lawsuit threatened the First Amendment and the confidentiality of sources. But the First Amendment and shield laws were never meant to protect criminal activity. The media had been quick to argue that attorney-client confidentiality shouldn’t have protected Trump and Cohen for that reason. Yet the media still believes that shield laws should protect its criminal activity, including possible collusion with enemy states.

The distinction between journalism and opposition research vanished some time ago. The Trump investigation was based on the work of FusionGPS, a smear shop run by former reporters that passed along its smears to reporters and government agencies alike while working for Hillary Clinton. The intersection of foreign and domestic actors in generating the Trump investigation has its echoes in Broidy’s case where foreign governments, lobbyists and hackers used the media to do their dirty work.

Like an iceberg, most of the media operates underwater. The fixers who feed and sometimes write the media’s stories are the invisible men and women of journalism. It takes subpoenas, like those of House Republicans or Elliot Broidy, to drag them out of the shadows of Manhattan and D.C. restaurants and into the glaring light of day. That’s what journalists used to do. Now it takes lawyers to expose them.

The media needs to decide whether colluding with enemy states and foreign hackers to influence American politics is a praiseworthy act or the worst form of treason imaginable. And then, instead of going back and forth whenever it’s politically convenient, it needs to pick one and stick with it.

That’s an unrealistic expectation in an age where all standards are politically relative. Sexual assault, racism and treason are all excused when practiced by a progressive. But it’s equally unrealistic of the media to think that it can bring down Trump with conspiracy theories about a crime that it’s guilty of.

The media has made a fortune accusing Trump of its own crimes. But as the FBI investigates the Broidy hack, the bill for the media’s hypocrisy may be coming due.

Daniel Greenfield is a Shillman Journalism Fellow at the David Horowitz Freedom Center. This article previously appeared at the Center’s Front Page Magazine at the following link.